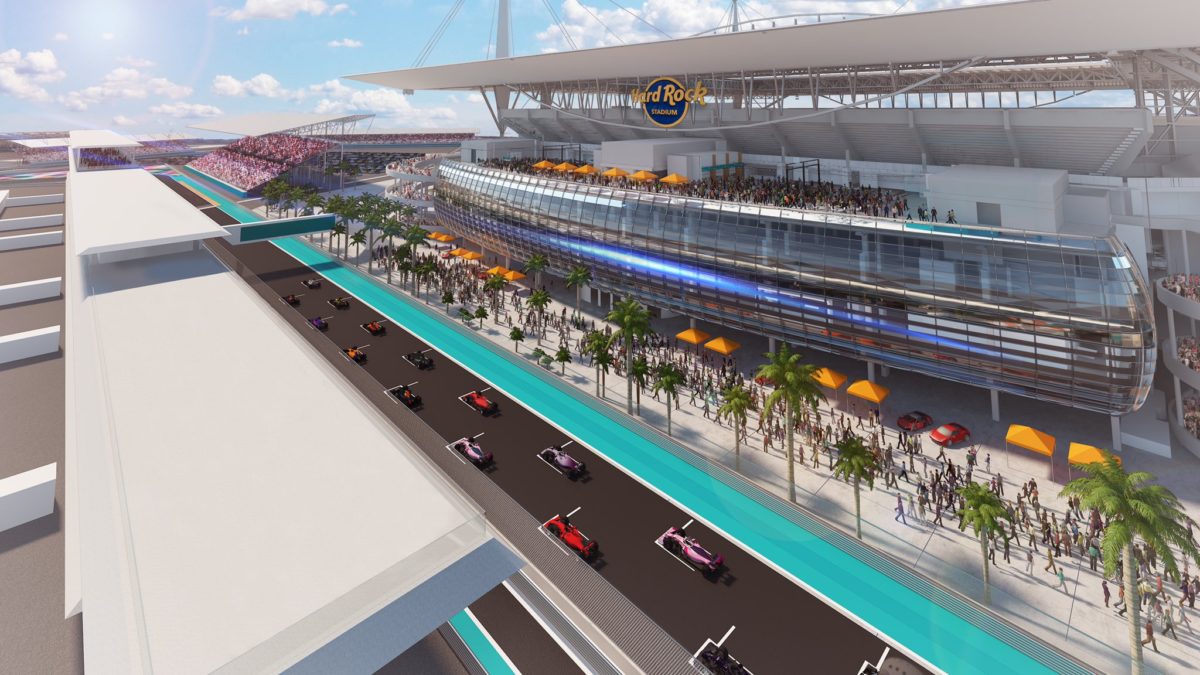 Reports emanating from the United States are claiming that Formula 1 has signed an agreement that could take the sport to Miami for 2021.

Long tipped as the host venue for a second grand prix in the country, it was originally hoped a street race around downtown Miami would take place this year.

However that was scuppered when local businesses voiced their concerns surrounding the disruption during the three month circuit construction, forcing the sport and organisers back to the drawing board.

Today, however, the Miami Herald has reported that a preliminary agreement has been struck to host a race around the Miami Dolphins’ Hard Rock Stadium.

The newspaper quotes a joint statement from F1 managing director of commercial operations Sean Bratches, and Tom Garfinkel, CEO of the Miami Dolphins.

“With an estimated annual impact of more than $400 million and 35,000 room nights, the Formula One Miami Grand Prix will be an economic juggernaut for South Florida each and every year.

Garfinkel added: “We are deeply grateful to our fans, elected officials and the local tourism industry for their patience and support throughout this process.

“We look forward to bringing the greatest racing spectacle on the planet for the first time to one of the world’s most iconic and glamorous regions.”

Taking to Twitter, Garfinkel posted a series of renderings of the proposed circuit, along with a video teaser for the event.

The agreement though does not necessarily signify that a race is guaranteed, with discussions with Carlos Gimenez, mayor of Miami-Dade, having been ongoing for some time.

No decision has yet been reached with the city making the announcement little more than reaffirmation of interest from both the local promoter and Formula 1 to make the event happen.

It’s suggested the new location isolates the event from surrounding homes with any disruption minimised by being located in a largely self-contained area around the Hard Rock Stadium, which is privately owned.

There remains concerns among locals centred on traffic congestion and noise.

It’s unclear how the Miami event would slot into the calendar, which next year expands to 22 races – the most championship events in a single season in Formula 1 history.