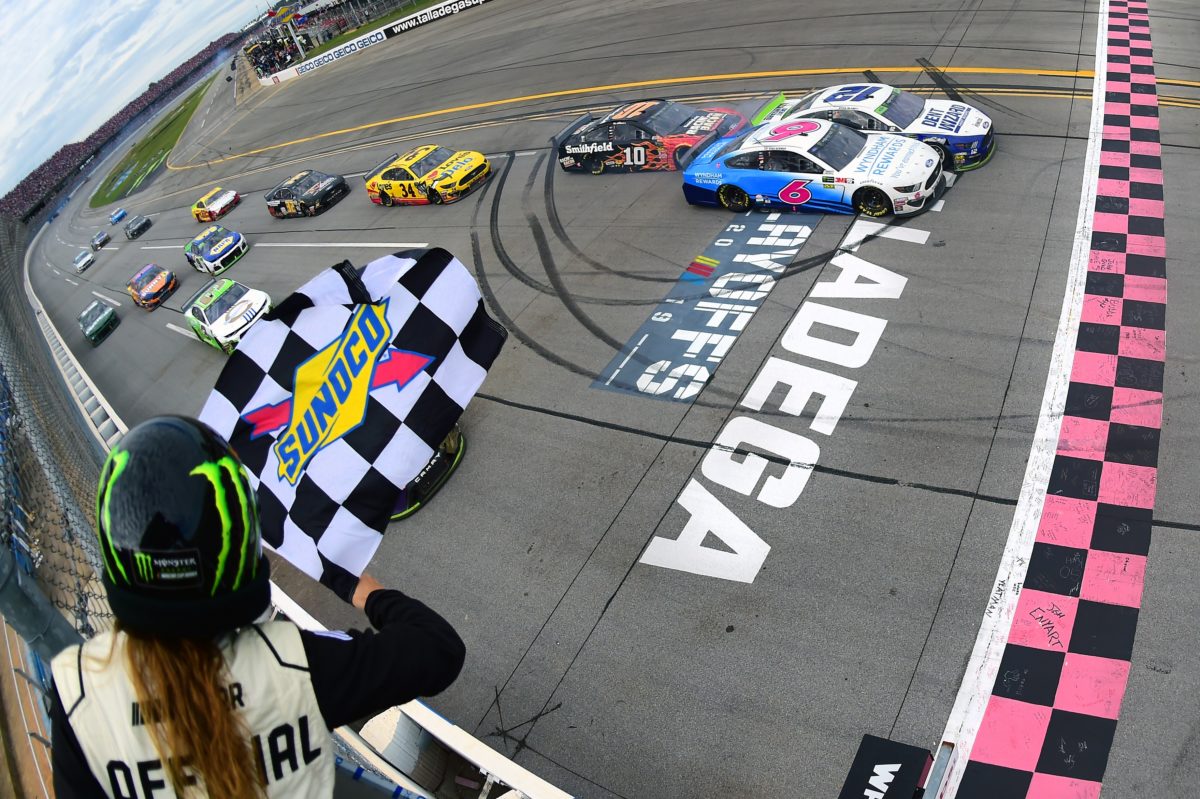 Ryan Blaney takes the chequered flag ahead of Ryan Newman

Ryan Blaney has beaten Ryan Newman by 0.007s in the second race of the NASCAR Cup Series’ Round of 12 at Talladega, while Brendan Gaughan flipped.

The race was decided in a two-lap dash after an 11-car crash, with Blaney in the lead for the restart.

Newman moved ahead on the final lap when his #6 Roush Fenway Racing Ford got a push from playoff contender Denny Hamlin.

However, it was Blaney, who is also still vying for the championship, that took victory by the sixth-closest margin in series history in his #12 Ford.

The Team Penske driver got a side draft from Newman, which saw them make contact through the final corner, and was also helped with a push of his own from Aric Almirola.

Blaney therefore secures passage to the Round of 8, while Hamlin has the greatest haul of series points having ultimately finished third in Talladega.

Aric Almirola was fourth and Michael McDowell fifth in an event which began on Sunday and finished on Monday (local times) due to a rain delay, and featured eight Cautions.

The last of those was for one of Talladega’s infamous ‘big ones’, which involved playoff contenders including Kyle Busch and Brad Keselowski, and saw Gaughan flip.

Bush and Keselowski were classified 19th and 25th respectively, while Gaughan’s car landed on its wheels.