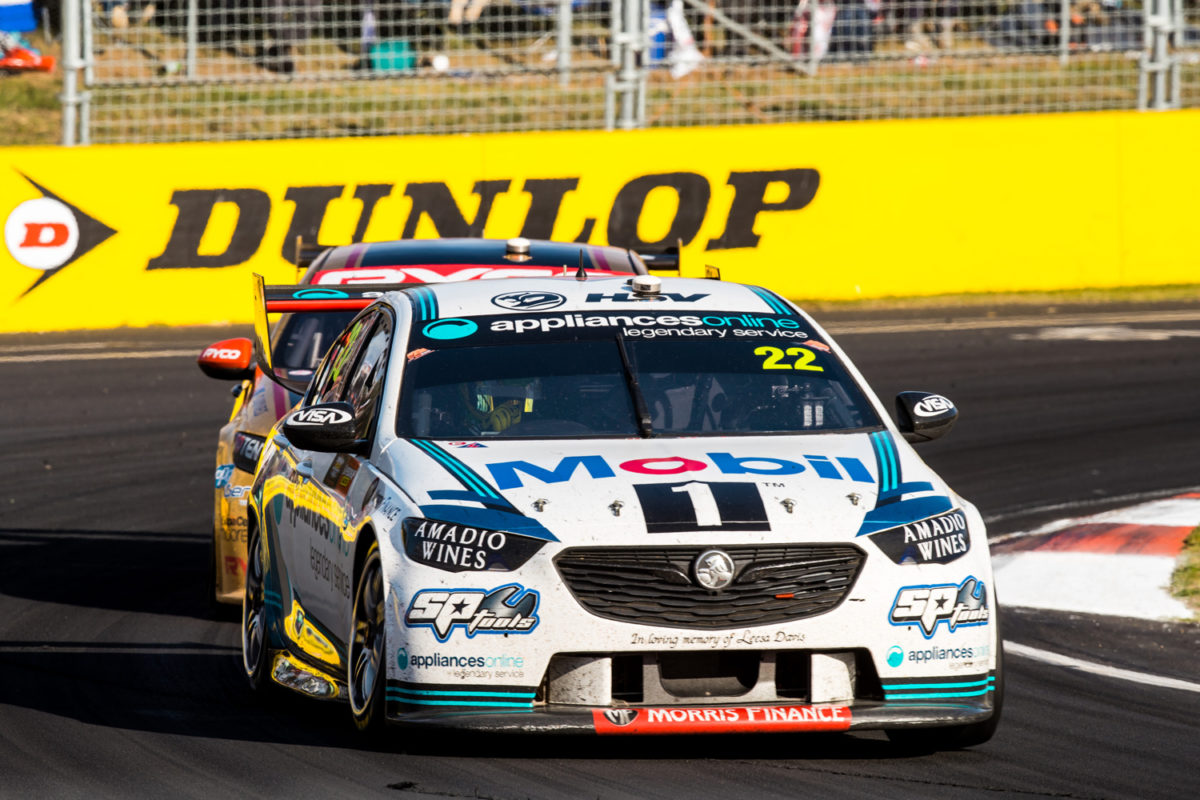 Jack Perkins is proud to have claimed a podium result in the Supercheap Auto Bathurst 1000 and add a trophy to the family cabinet.

Perkins’ father, Larry, won the race on six occasions, and chalked up another six podium finishes in a Bathurst career that stretched from 1977 to 2003.

“I’ve been trying a bloody long time, I think Dad’s had about 15 (trophies), so to get one of them’s pretty cool,” Perkins said.

“I’m just proud of James (Courtney) and the team to give us a car that was sort of good enough to get on the podium, pretty cool.”

The duo found themselves off sequence with the bulk of the field following an early slow leak from the front right tyre.

Playing the strategy card deep into the race, the Courtney/Perkins combination emerged with a chance in the win as the race entered its final stanza.

Holding a fuel advantage in the last 50 laps, courtesy of strong fuel mileage all race, their day ultimately netted third when a flurry of late Safety Cars saw their advantage evaporate.

“We definitely had to deal with a bit today,” said Courtney after what was the team’s first podium of 2019.

“I wasn’t able to go with the front two in that last lap, but to be able to hold off Jamie and grab that podium was awesome.

“It’s was a long day but to come home with third, I’m really happy.

“To do it with Jack beside me, the family history, everything we’ve been through, it’s really special and I couldn’t think of anyone else I’d want to share it with.”

Earlier in the weekend, Perkins had withdrawn from the Super2 mini-enduro as he continue to recover from an illness which had hospitalised him the previous week.

The decision was taken following opening practice on Thursday, with Perkins instead focusing solely on co-driving with Courtney.

Across the WAU garage, Scott Pye and Warren Luff recorded an eighth place finish while a late spin from the wildcard entry of Alexander Rossi and James Hinchcliffe saw the North American duo home in 19th.