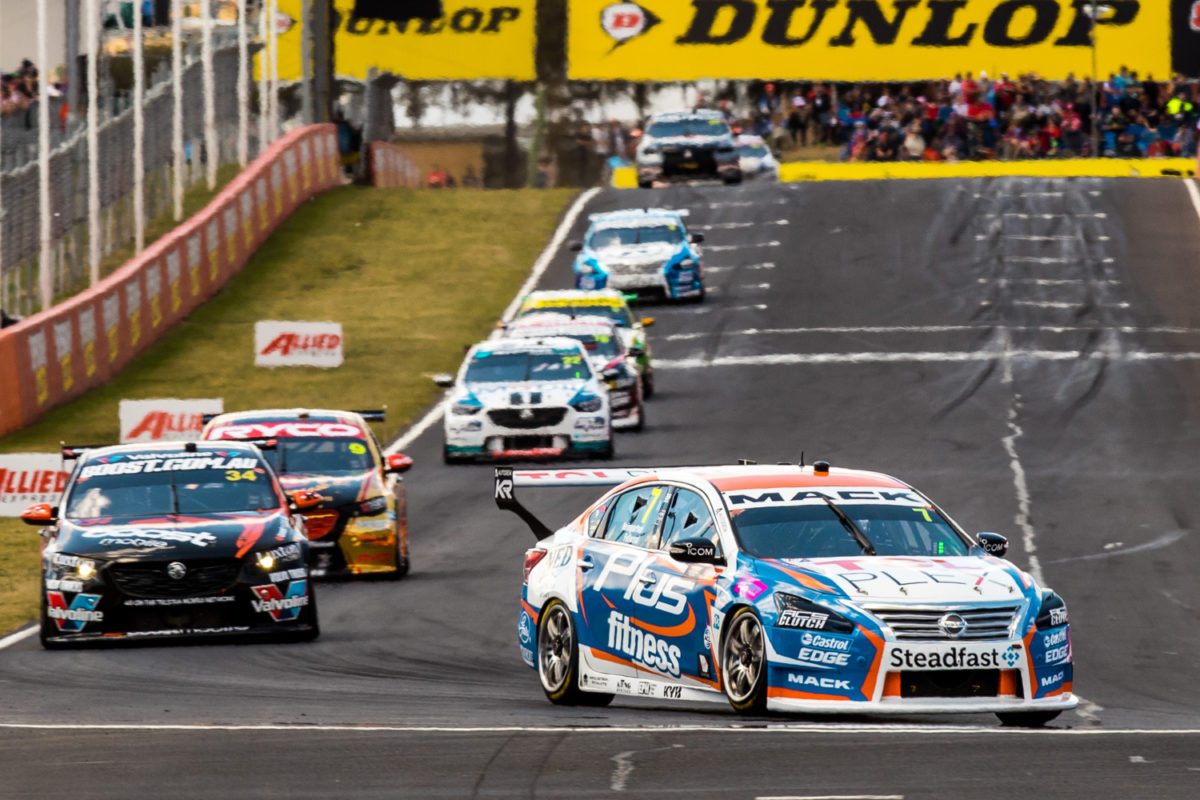 Partnered alongside Super2 series leader Bryce Fullwood, the Kelly Racing duo emerged as one of the surprise packages of the Great Race sitting well inside the top 10 for much of the 161 lap affair, but ultimately crashed out on Lap 158.

Heimgartner and Fullwood rose from 13th on the grid to fourth by lap 146 and appeared to be on course for a strong result having been fuelled to the finish at this point.

However, drama then struck the #7 Altima, which was one position ahead of Mark Winterbottom’s #18 ZB Commodore, when Heimgartner did not hear a radio call completely and made an unscheduled pit stop.

“My engineer was trying to tell me ‘Winterbottom is going to pit now’ but the channel was opened late and I only heard ‘pit now’,” lamented Heimgartner.

“I wasn’t supposed to pit. We were fuelled to the end and if that hadn’t happened, we should have ended up on the podium.”

After the mistaken pit stop, Heimgartner rejoined in 12th position and had climbed to eighth in the final laps.

It was then, virtually underneath the rear wing of the #18 car which had jumped him in the pits, that he was fired into the outside wall at Forrest’s Elbow on Lap 158 having glanced the concrete on the inside.

Heimgartner was left gutted by the way his race unfolded having impressed on Supercars’ biggest stage.

“It has been absolutely gutting,” added Heimgartner.

“We had a really strong day out there. Bryce started from 13th and we were into the top 10 by lap 23.

“From there we worked our way up to fourth and in touch of the top three for the final quarter of the race.

“With the situation how it was for the cars in front of me, we should have finished on the podium.

“Heartbreaking is the only way to describe it.

“Everyone puts their heart and soul into this event and I can’t thank everyone enough for their support – we were in the frame for a really great result and this is going to hurt for a while.”

After Heimgartner’s exit, Rick Kelly and Dale Wood earned Kelly Racing a top 10 with the pair coming home in ninth.