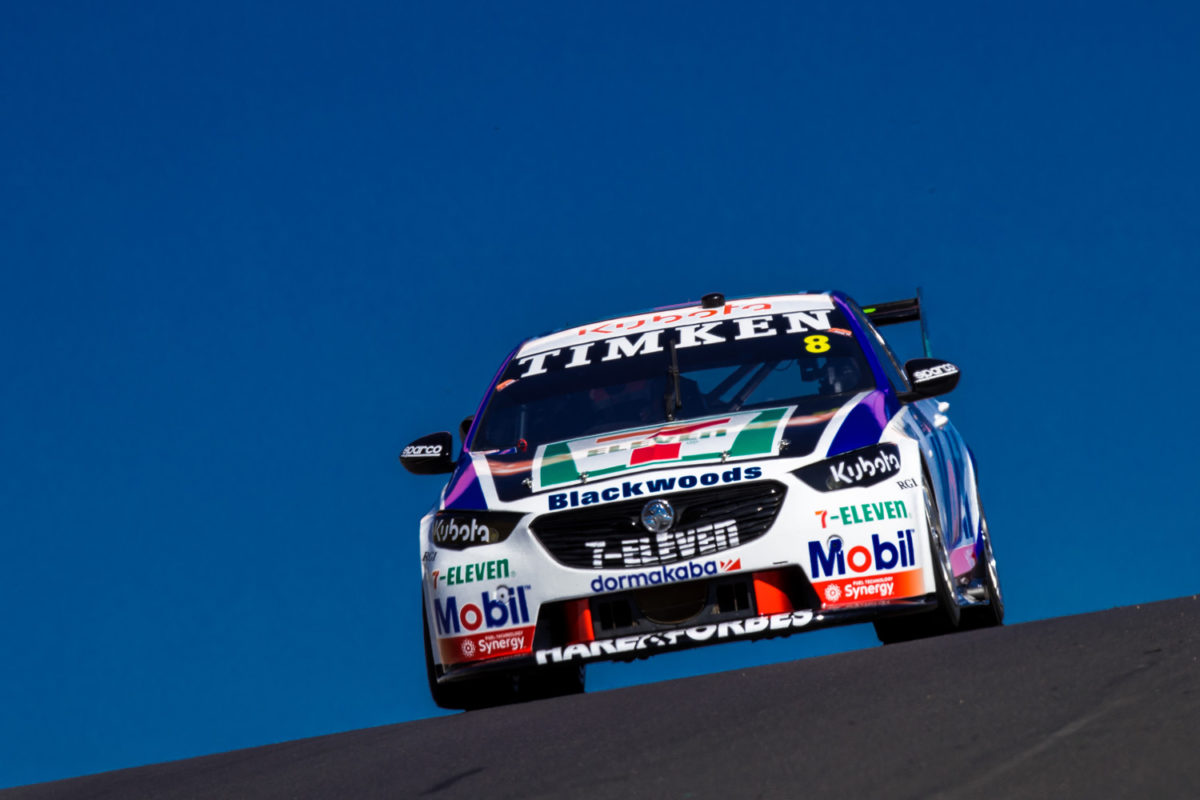 Brad Jones Racing’s #8 entry and the Tekno Autosports car were penalised for a breach of Safety Car procedures at the final restart of the Supercheap Auto Bathurst 1000.

Both Car #8 of Nick Percat/Tim Blanchard and Car #19 of Jack Le Brocq/Jonathon Webb were issued 31-second time penalties during the final lap of the race, although Race Control’s message on timing only referred to a breach of supplementary regulations.

The release of the final stewards summary has clarified that the penalties were issued because those cars were a lap down and failed to cycle through pit lane to ensure they were not ahead of cars which were on the lead lap in time for the Lap 161 restart.

“On Lap 157 the Safety Car was deployed after Car #7, Andre Heimgartner, collided with the wall at Turn 18,” read the stewards summary.

“Despite the Race Director issuing a warning to Teams over LAN that any Cars one or more Laps down on the leader were required to go through Pit Lane during the SC deployment and to reposition themselves, Car #8 and Car #19 failed to do so and the Stewards issued a post-race Pit Lane drive through Time Penalty on each Car.”

The rule in question previously applied only to cars which are at least two laps down, and applied for the whole race.

Under a rule change for 2019, which has been enacted by way of the supplementary regulations at each event so far this season, any cars which are not on the lead lap are obliged to reposition late in the race.

At Bathurst, that threshold was the end of a Safety Car deployment eight laps or less from the last lap of the race, with the deployment in question ending with one lap remaining.

Percat became the first car off the lead lap, in 14th position, and Le Brocq the second due to Chaz Mostert entering pit lane in order to reposition at the end of the Safety Car period.

They took the chequered flag in the same positions, but were relegated to 15th and 18th respectively as a result of the time additions.

The final stewards summary also confirms that Mostert was found to have committed the breach of “Reckless Driving” when he took out Tickford Racing team-mate Cameron Waters at The Chase on Lap 123, for which he was issued a drive-through penalty.

Fabian Coulthard was given the same penalty for his controversial slowdown under Safety Car on Lap 135, which is now the subject of a further hearing as to whether or not DJR Team Penske breached team orders rules.

Neither Garry Jacobson nor Richie Stanaway were found to be wholly predominately to blame when they clashed and ended up in the wall together at Hell Corner on Lap 151, and as such neither was referred to stewards.

Scott Pye was found to have committed no breach of rules when contact between him and Tim Slade put the latter in the wall on Lap 1.