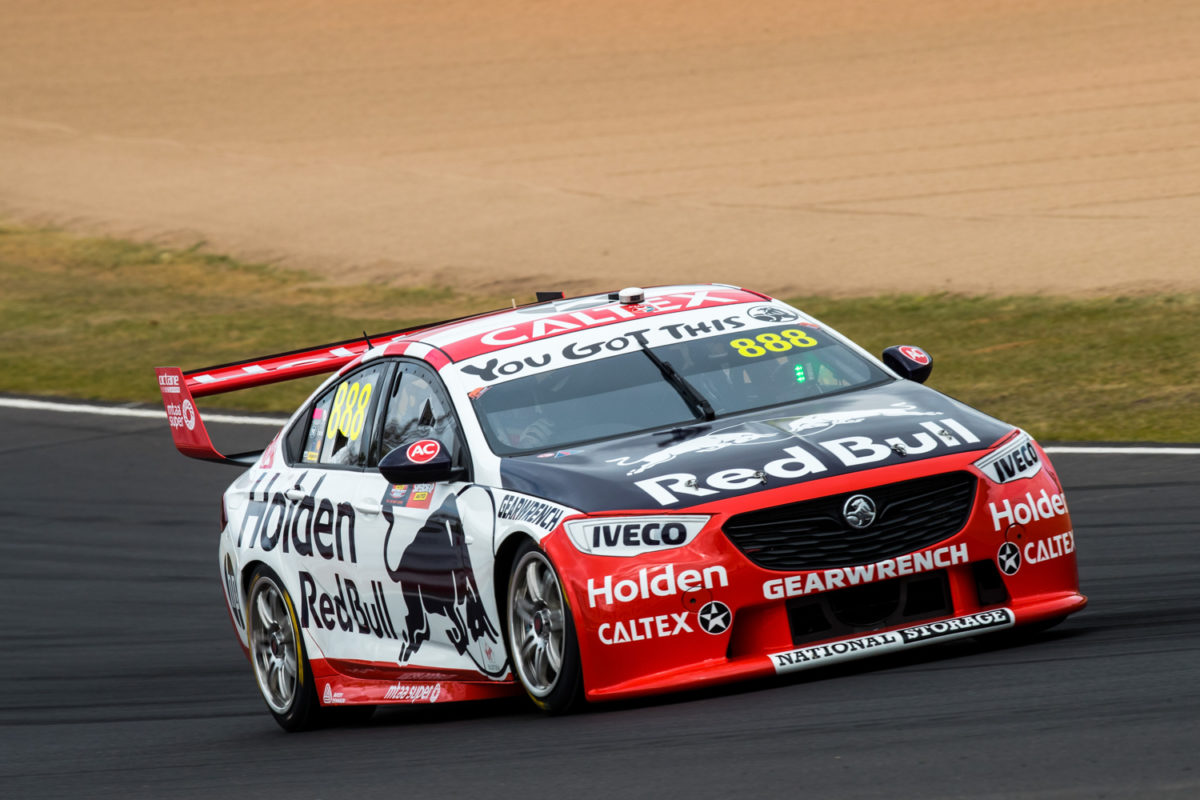 The seven-time Supercars champion is the best placed Holden driver on the grid for the Great Race after qualifying fourth in the Armor All Top 10 Shootout that was dominated by McLaughlin, who reset the lap record to take pole position.

Whincup was half a second shy of McLaughlin’s pole time with a lap that was very close to being his fastest ever in a Supercar at Mount Panorama.

Such was the pace on display in the shootout, Whincup and co-driver Craig Lowndes will start behind the Chaz Mostert/James Moffat and Cam Waters/Michael Caruso Tickford Racing entries.

Whincup admits it is unlikely his car will be the fastest come race day but believes teamwork can make up for the deficit to his Ford rivals.

“It’s going to take a huge team effort. But this race takes a massive team effort; you can’t have a weak link to win this race,” Whincup told Speedcafe.com.

“We’ve worked really hard on all the elements of our team; we may not have the quickest cars (today), but if there is a race that you don’t need the fastest car (in order to win), it’s probably this one.

“We’re just going to rely on team work and just try to out-run the other guys. If we can do that, we’ll give ourselves a chance.

“I’m not overconfident, I’m not underconfident. I think we’re certainly a chance from fourth on the grid, it’s just going to come down to teamwork.

“We’ve been chipping away at the car and that was close to the best lap I’ve done all weekend — probably the best lap in those conditions (in the Shootout).

“More than happy; top two rows is a good starting position for the 1000 kays.”

Whincup’s Triple Eight team-mate Shane van Gisbergen and co-driver Garth Tander, regarded by many as a favourite, will start today’s race from fifth.