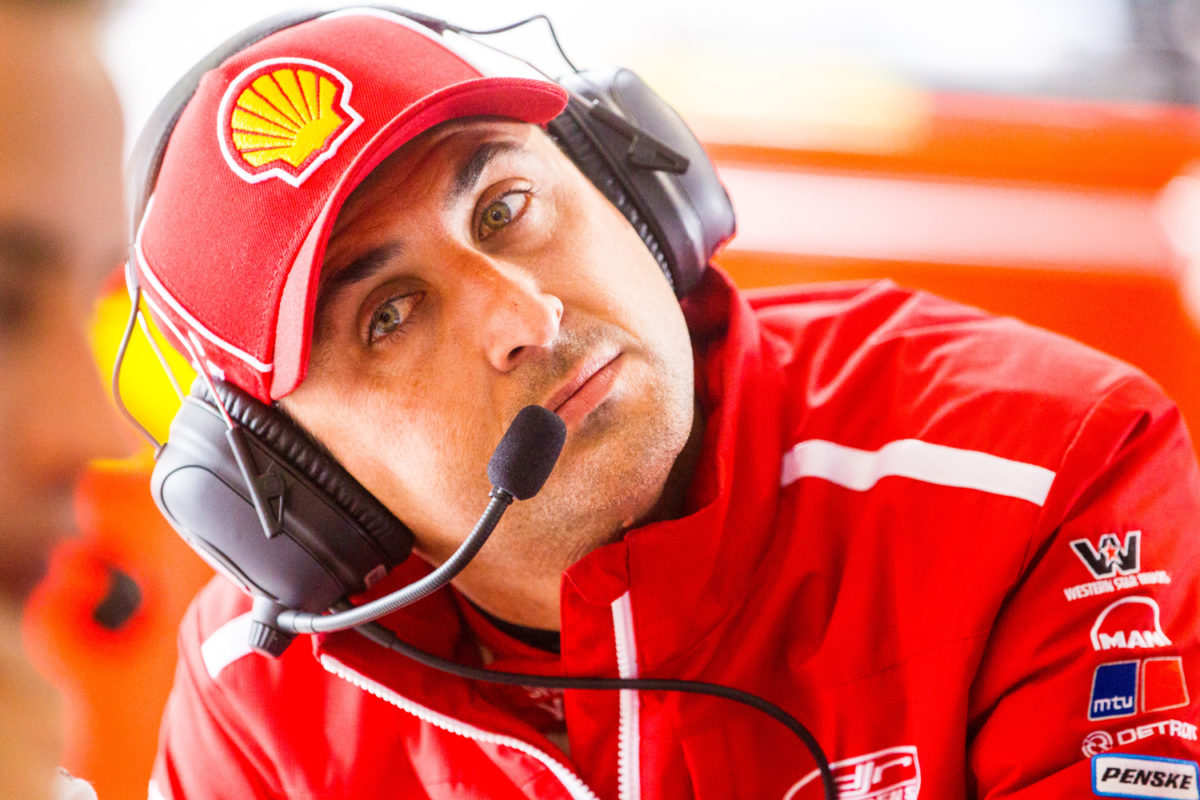 Shane van Gisbergen has likened Fabian Coulthard to a ‘sacrificial lamb’ after the DJR Team Penske driver was penalised for slowing excessively under Safety Car in the Bathurst 1000.

Coulthard was running third, one position behind his ultimately victorious Shell V-Power Racing team-mate Scott McLaughlin, when a Safety Car was called on Lap 135.

By slowing so much that he gave up well over 40 seconds to McLaughlin, who was chasing leader Jamie Whincup to the pits, Coulthard avoided having to stack behind Car #17 in the DJRTP pit bay.

Coulthard was soon issued a drive-through penalty for a breach of Safety Car procedure which saw him drop from 10th at the time of the restart to 14th.

“I don’t want to say anything, but it’s pretty obvious what happened,” said van Gisbergen when asked for his thoughts on the incident.

“We were stuck behind so many more cars, so much more traffic, but it is what it is.

“That car’s been a sacrificial lamb all year, so deal with it.”

Coulthard has been strategically compromised in the past in order to benefit McLaughlin’s prospects, perhaps most notably at last year’s Gold Coast 600.

However, it is notable that while Car #12 well and truly avoided a stack under the Safety Car period for which he was penalised in today’s Supercheap Auto Bathurst 1000, his fall to 10th was a genuine loss of position given that the nine cars in front of him also pitted at that time.

That was because DJRTP crew members performed additional work on the car, which necessitated raising the bonnet.

It is also unclear how much van Gisbergen was compromised, if at all, by the ploy.

When asked if his driver was affected or in fact benefited, Triple Eight Race Engineering owner Roland Dane told Speedcafe.com, “No, I think it probably helped us.

“But I mean it was so blatant, to be honest, it was always going to get a penalty.”

Van Gisbergen had held an advantage of around 10 seconds’ worth of fuel fill time over McLaughlin and Whincup, having dived into the pits when he spotted the all-Tickford crash which triggered a Safety Car a dozen laps earlier.

However, the timing of the Lap 135 Safety Car, 26 laps before the end and therefore beyond fuel range by at least two laps, arguably negated what advantage that Car #97 had.

Van Gisbergen, who drove with Garth Tander, went on to finish in second position, while Coulthard/Tony D’Alberto earned sixth.

DJR Team Penske has defended its actions, claiming that Coulthard slowed because his Mustang had been overheating.