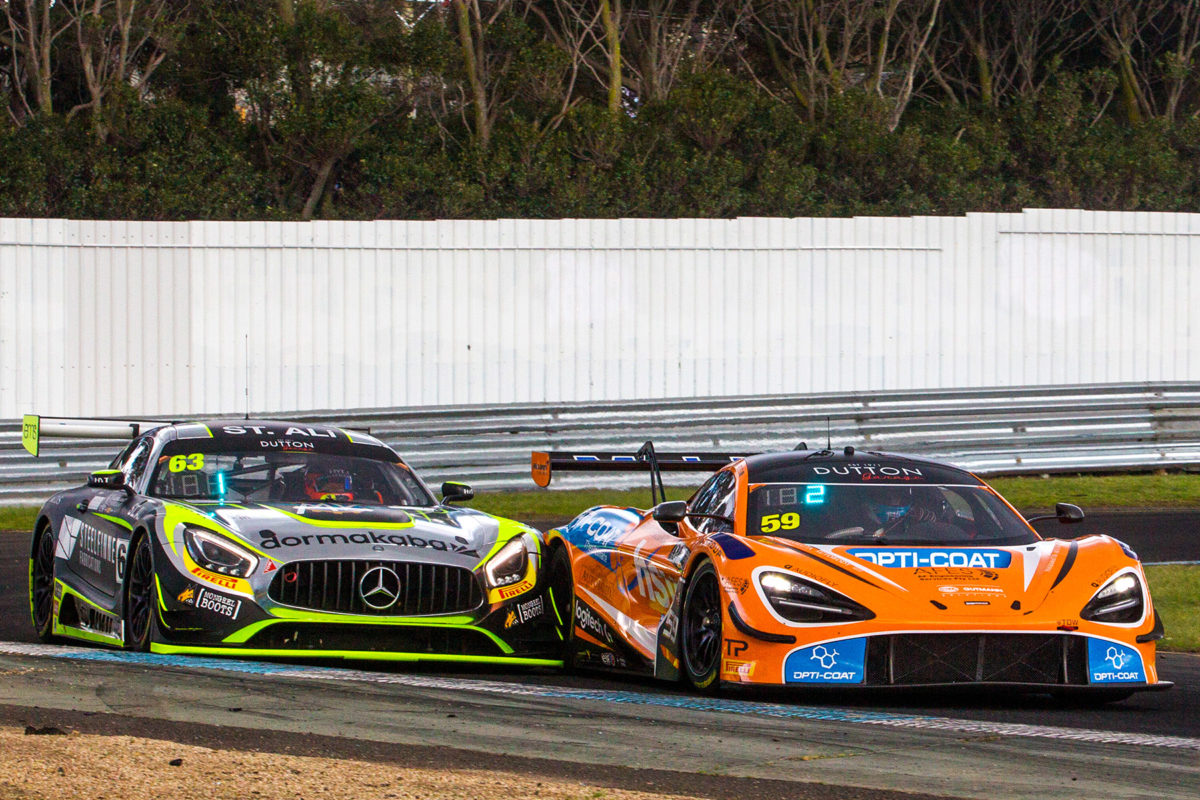 Australian GT is set to be managed by Supercars

A deal between organisers of Australian GT and Supercars is set to see the latter manage the category moving forward.

Speedcafe.com understands ongoing discussions will likely see Supercars take over the management of the category, and could see the Category Management Agreement change hands.

Currently Jim Manolios holds the Category Management Agreement, having purchased it from Tony Quinn midway through 2018.

Sakzewski was tight lipped when approached by Speedcafe.com regarding his involvement with the category.

“I couldn’t say definitively, just because I’m not the only person who talks to the Australian GT guys,” Sakzewski said.

“For me at this time the focus has just been from a support category point of view, making sure we got calendar dates for people, so that’s what we’ve got in place at the moment.

“People talk about all sorts of things, and all sorts of ideas get thrown up, but there’s nothing to say or comment on at the moment,” he added when pressed regarding his potential involvement in a new management structure within the championship.

“Lots of people have said lots of different things, but I wouldn’t put any weight behind anything.”

“That announcement will be made in due course,” Vervaart told Speedcafe.com.

“The reason why there isn’t an announcement on that right at the moment is (because) we’re still finalising some of the finer details of the relationship, but that will all come out hopefully by Wednesday next week.”

Manolios did not answer when called for comment by Speedcafe.com.

Confidence in the category has fallen during 2019, driven in part by this year’s calendar but also as a result of the management changes under Manolios’ stewardship of the category, evidenced by dwindling grid sizes.

It’s understood Manolios approached the Australian Racing Group and discussed a potential management agreement, though those talks did not progress.

It was received positively by competitors, with some suggesting it could see a return of international drivers to the series.

However, teams are less enthused over the Australian Endurance Championship’s inclusion of the Bathurst 12 Hour, an event that is expected to cost competitors $200,000, with many already committed to all-pro entries outside of the Australian GT framework.

Ironically, Supercars has previously been involved in a bid to purchase the rights to Australian GT, a deal which ultimately collapsed following CAMS’ involvement.

The governing body is open to the concept of Supercars running the category going forward, though stopped short of rubber stamping the deal.

“It’s up to the promoter of Australian GT to talk to Supercars and talk to us, but we need that category to survive –  not only survive, but grow,” CAMS President Andrew Papadopolous told Speedcafe.com.

“It’s depending on the commercial position between the current promoters and Supercars, and then they’ll be talking to us and we’ll come to some arrangement.”