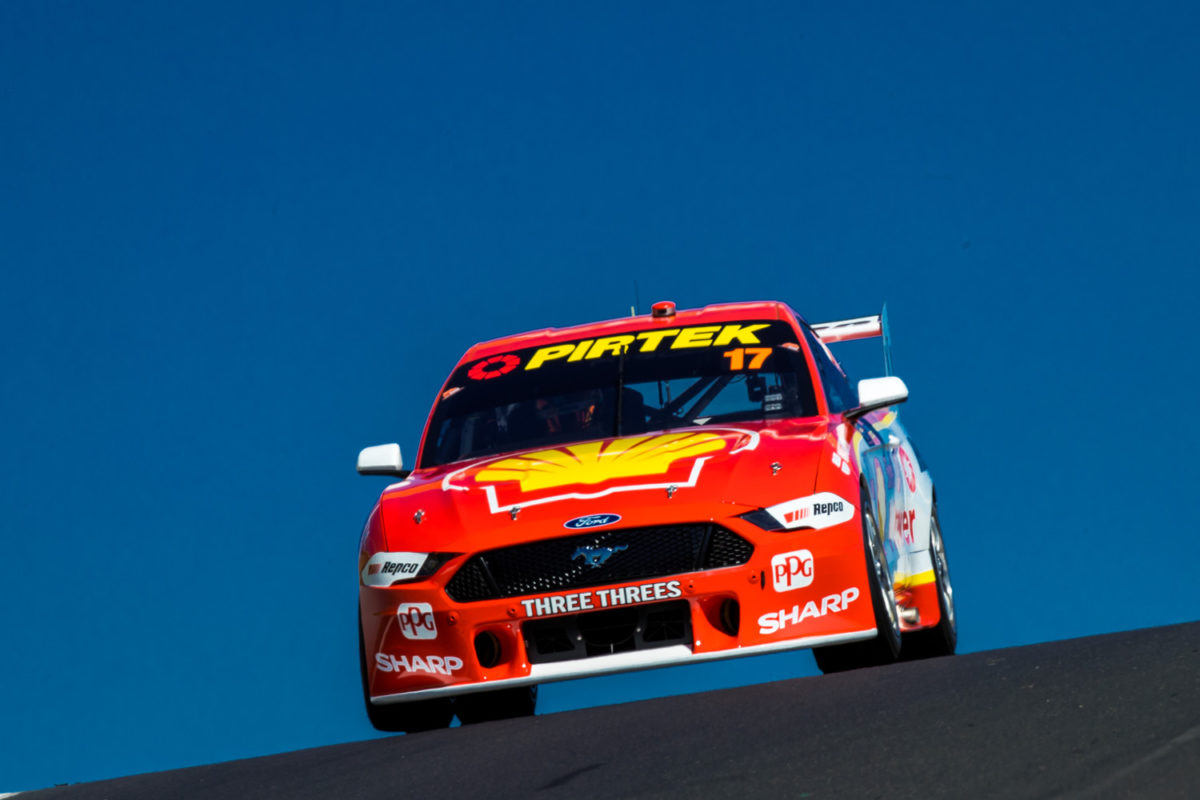 Shell V-Power Racing has confirmed it completed an engine change last night on its pole-sitting car for Scott McLaughlin and Alex Premat ahead of today’s Supercheap Auto Bathurst 1000.

The Ford squad told Speedcafe.com this morning that engineers spotted a potential issue on the engine in the #17 Mustang and elected to change the unit as a precaution for today’s 161 lap race.

McLaughlin and Premat were victims of an engine failure in 2017 having started from pole for that edition of the Great Race.

The pair will again start from pole position today after McLaughlin posted a practice lap record 2:03.3783s to claim pole in Saturday’s Armor All Top 10 Shootout.

A team spokesman also confirmed that the #12 entry for Fabian Coulthard and Tony D’Alberto has not undergone an engine change ahead of today’s race.