McLaughlin ‘stoked’ to win Bathurst in one lap thriller

McLaughlin ‘stoked’ to win Bathurst in one lap thriller 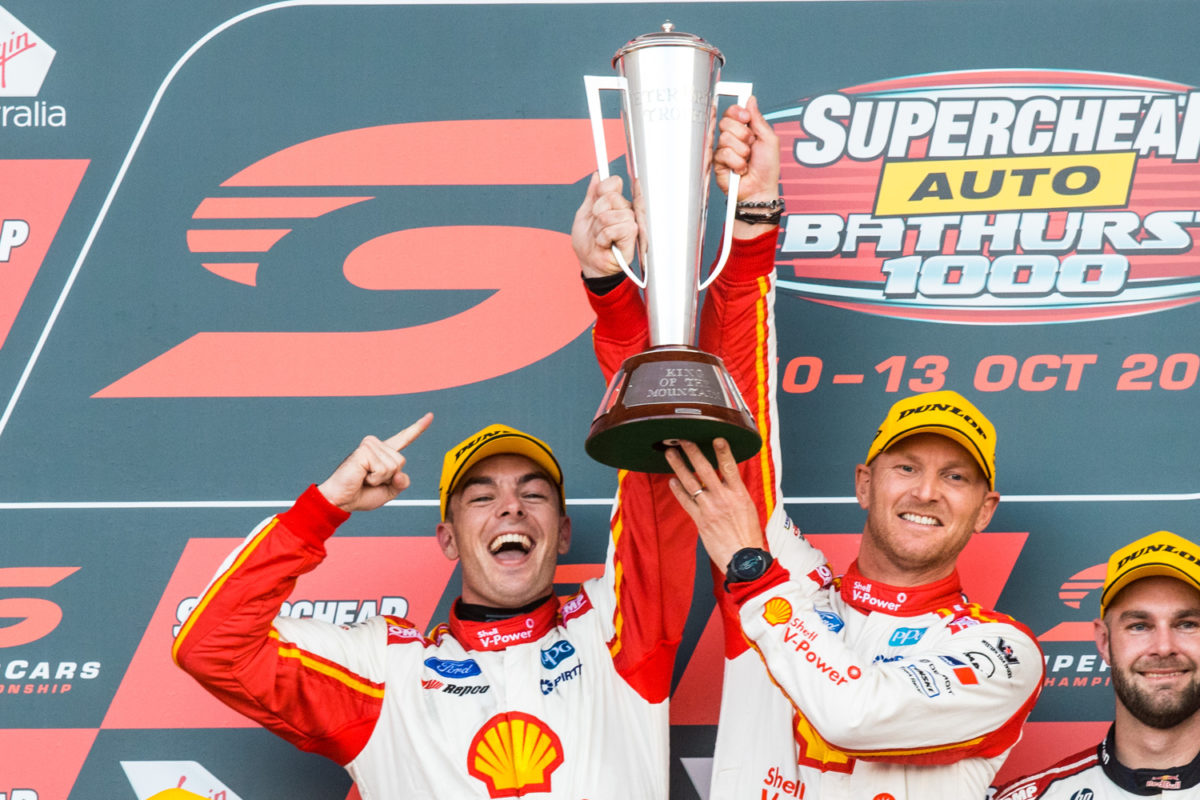 Scott McLaughlin and Alexandre Premat on the podium

Scott McLaughlin has described himself as ‘stoked’ to have claimed his maiden Supercheap Auto Bathurst 1000 victory after a nail-biting finale to the event.

Having run green for much of the race, a series of late Safety Car interruptions saw the contest poised on a knife edge as teams gambled with fuel strategy in the closing stages.

That, however, was swiftly discarded when Andre Heimgartner’s strong day came to an abrupt end when he found the wall at Forrest’s Elbow, drawing a Safety Car with just three laps remaining.

With the Safety Car instructed to crawl around the 6.213km circuit, the recovery team had time to clear Heimgartner’s Nissan and afforded a racing finale to the Great Race.

“I just threw it in over the top and hoped that I had a bit of a gap going down Conrod and thankfully she held on and we got the ‘W’,” said McLaughlin in front of a crowd chanting his name.

“You always believe you can (win the Bathurst 1000), but it’s Bathurst.

“I’ve had plenty of bad ones where I’ve gone off the track, hit the wall…