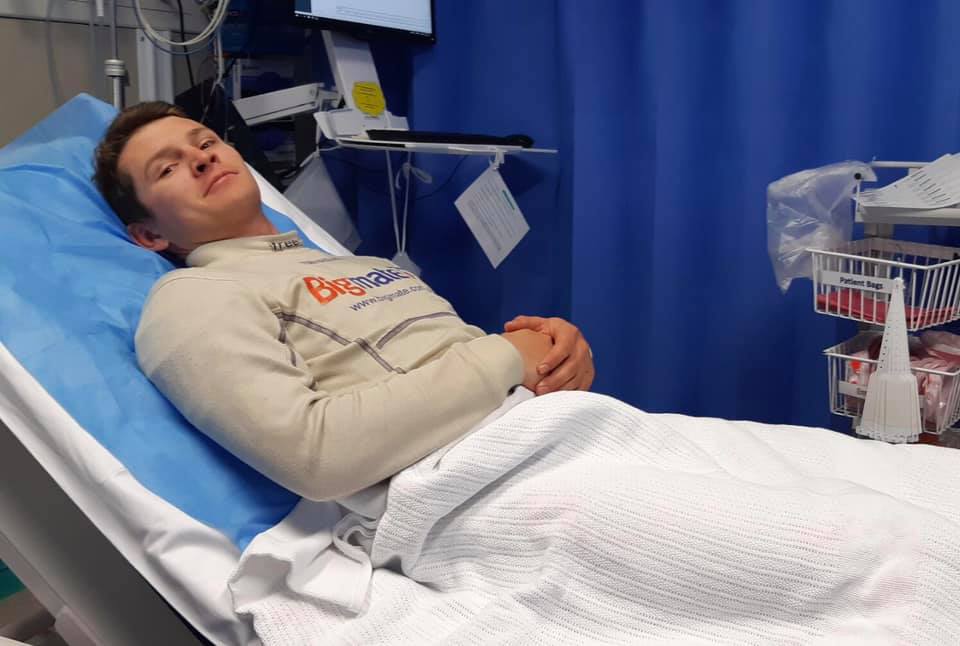 Todd Hazelwood has been diagnosed with a torn muscle in his neck after he was swiftly taken to hospital following a heavy crash at the Supercheap Auto Bathurst 1000.

The Matt Stone Racing driver understeered into the wall at Metal Grate on Lap 101, bringing out the Safety Car for the second time in the race.

While Hazelwood was seen to exit the car under his own power, subsequent neck pain felt after saw him transferred to Bathurst hospital, where he watched the final laps of the race on television.

After initial fears regarding the health of his spine, medical teams offsite confirmed the 24-year-old had escaped with only a torn muscle.

“I’m okay. There was just a little scare there for a while with my neck, but just did the right thing, went to hospital and got the checks,” said Hazelwood. Todd Hazelwood walks from the wreckage

“So just done a bit of damage to a muscle in the back of my neck there, so (I need to) manage that before Gold Coast obviously and get ready for that.

“(I’ve) just torn a muscle on the back of my neck. They were worried there was a chip to the top of the spine there so had to go get that checked out.

“The medical team did a great job looking after me and did all the precautionary stuff to make sure there was no further injury if it was the worst case scenario.

“Fortunately for my end it was all good.

“But (it’s a) pretty devastating day. (You) never want to put a car in the fence.

“I think it was the second or third lap into my stint and just got it wrong across the top, just pushing too hard and got it wrong.

“(I) just got out, had a bit of a moment, the rear got away from me, then as soon as I got off the throttle I was in trouble. One of those things. Mountain bit us today, just wasn’t our weekend.”

Hazelwood is confident he will be fit for the Vodafone Gold Coast 600 from October 25-27.

“I’ll be fine. (I’ll) get some physio work and just treat it gingerly and I’ll be fighting fit ready for Gold Coast no worries at all,” he said.

Reflecting on the weekend, Hazelwood, who is currently searching for a 2020 drive, was ultimately frustrated.

“We had a pretty good first stint, we were sitting I think 12th there before the first pit stops,” Hazelwood added.

“We had a good start, I don’t think we had the pace to probably run inside the top five but if we kept our nose clean and had a good run, who knows what could have happened?

“Ultimately just didn’t go our way during the day and we lost that lap and then the job was to pedal on to try and fight hard and when you’re put in that sort of position it’s never ideal.

“Unfortunately (I) just got it wrong and bit us hard.”

Hazelwood returned to the circuit this evening following his hospital visit.