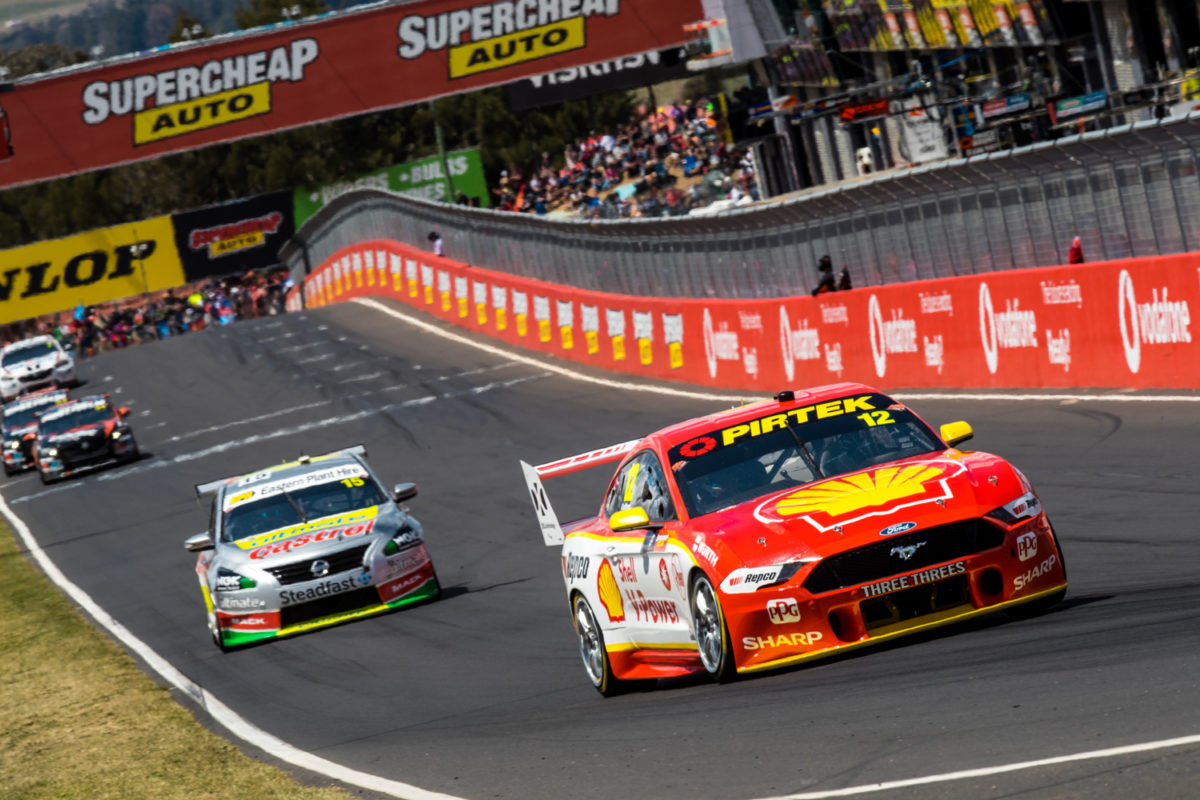 Shell V-Power Racing’s Fabian Coulthard and his bosses have dismissed suggestions that he acted improperly by slowing excessively under a Safety Car during the Supercheap Auto Bathurst 1000.

Coulthard was running in third position, one behind team-mate Scott McLaughlin, when the Safety Car was called on Lap 135.

Shane van Gisbergen, who ultimately finished second, stated after the race that Coulthard is often treated as the ‘sacrificial lamb’ at the Ford squad.

However, Coulthard still dropped to 10th anyway, behind nine cars which also pitted under that Safety Car, after his crew performed extra work which included raising the bonnet of Car #12.

He claimed that a race-long overheating issue, and uncertainty as to where the incident was, was the reason for the slowdown.

“I was told on the radio that I needed to take extreme caution,” Coulthard told Speedcafe.com.

“My engineer at the time didn’t know where the incident was (and) I had an overheating drama which I was battling with as well.

“But just to slow down and things like that, I was told to by my team.”

It was confirmed that the car did take on water to appease rising temperatures.

Roger Penske also batted away a suggestion that Car #12 had been sacrificed to maximise the team’s chances of winning the race.

“I’m not sure that made the difference of who’s going to win the race,” he said.

“For me, we can look at it and talk about it but it’s secondary as far as I’m concerned when you think about what happened at the end.

“Everybody had a chance. When that was all over, the two top guys up there had a chance to duel there at the end.

“The outcome was obviously what we wanted.”