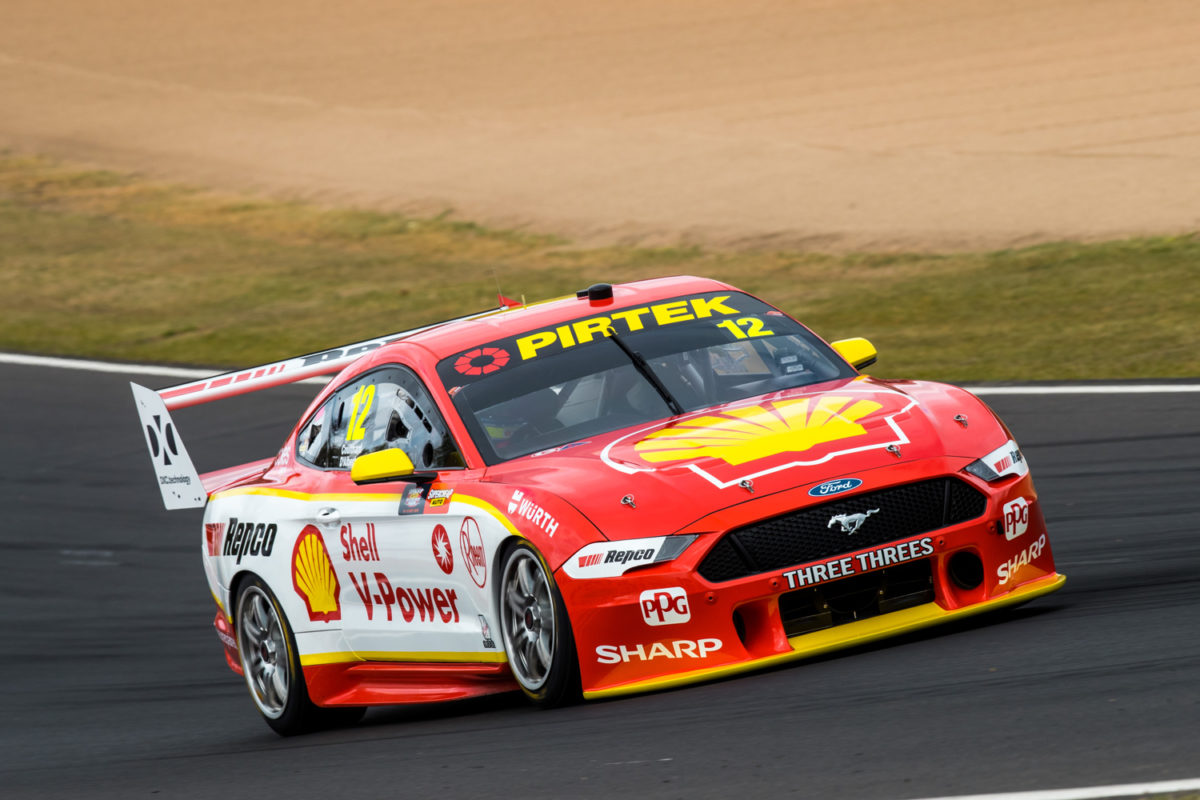 The Shell V-Power Racing Team is at the centre of an investigation over Fabian Coulthard’s actions under the Safety Car during the Supercheap Auto Bathurst 1000.

Speedcafe.com has learned that stewards are looking into the matter as to whether it influenced the outcome of Sunday’s race.

Coulthard dramatically slowed under the Lap 135 Safety Car, backing up the pack behind the #12 Ford Mustang while the lead two of Jamie Whincup and eventual race winner Scott McLaughlin, in the sister #17 Shell V-Power Racing Mustang, scampered away before electing to dive into the pits.

Speaking to media post-race, Coulthard explained that he was instructed by the team to take extreme caution due to an overheating engine.