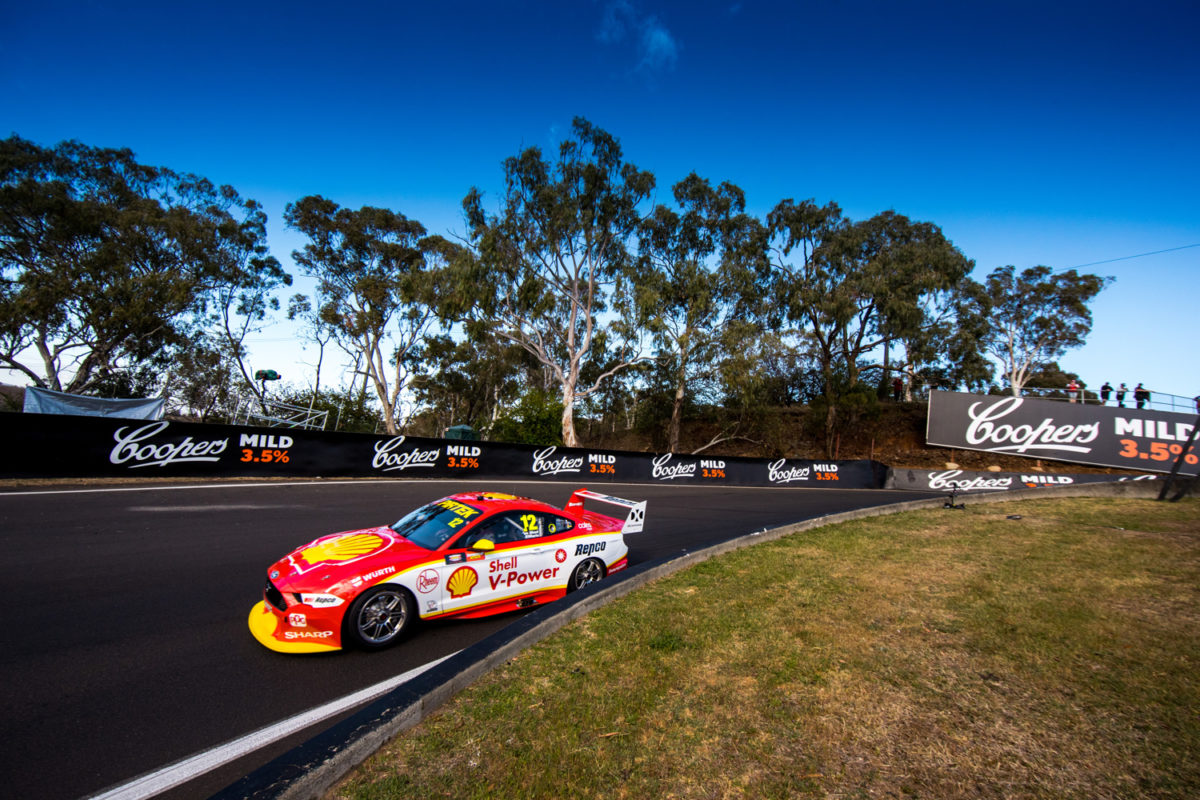 Fabian Coulthard has topped Warm Up for the Supercheap Auto Bathurst 1000 with the only ‘four’ of the session, leaving him two tenths ahead of pole sitting team-mate Scott McLaughlin.

Coulthard took over the lead on his second timed lap with a 2:04.9307s before handing over the #12 DJR Team Penske Mustang to co-driver Tony D’Alberto.

McLaughlin moved into second position with a lap 0.3880s slower near the end of the session, which Alexandre Premat started in Car #17.

The New Zealander set the fastest first sector on his next lap but was 0.1955s slower than Coulthard when he took the chequered flag.

Rick Kelly put the #15 Castrol Altima which he will share with Dale Wood into third position with a 2:05.3449s.

The Red Bull Holden Racing Team entries were less than a tenth of a second apart in fourth and fifth after Garth Tander set a 2:05.4166s in Shane van Gisbergen’s #97 ZB Commodore and Jamie Whincup clocked a 2:05.4969s before Craig Lowndes hopped into Car #888.

Tander predicted more laps in the 2:04s bracket during the race, stating, “It won’t be repetitively, but I wouldn’t be surprised to see ‘fours’ in the race.

“It looks like the fuel has got a big influence over car speed at the moment; full tank to light tank speed-wise is a lot faster.

“I don’t think you’ll see any tyre deg(radiation) but you’ll see the cars just going faster and faster as the fuel load comes off.”

Teams used the 20-minute session to practice pit stops, including rotor changes, for which there were multiple systems on display across pit lane.

DJRTP and Kelly Racing employ a system whereby the rotor and caliper are swapped as one unit, while Triple Eight Race Engineering was changing rotors and pads separately.

Tickford/23Red Racing appeared to have a problem with a pad change on the #23 Ford of Will Davison/Alex Davison, as every car toured pit lane at least once during the session.

Unlike the days prior, the Warm Up was held in sunny conditions, and ran uninterrupted.

The next time cars will be on track will be for the Great Race itself, which officially starts at 1130 local time/AEDT.