Peter Vodanovich has experienced a wild rollover on the final lap of Toyota 86 Racing Series Race 2 at the Supercheap Auto Bathurst 1000.

Vodanovich arrived at high speed at the braking zone for The Chase and clipped fellow Paul Morris Racing Academy driver Declan Fraser, which sent his #91 car into a series of flips.

It came to rest on its roof in the gravel trap on driver’s right, where Vodanovich was attended to by recovery crews.

The New Zealander was seen conscious and sitting up at the side of his mangled car with medical officers in the minutes after the crash, before walking away to the medical car.

Luke King beat Aaron Borg to victory by almost six seconds, a reversal of the top two from the day’s earlier race. 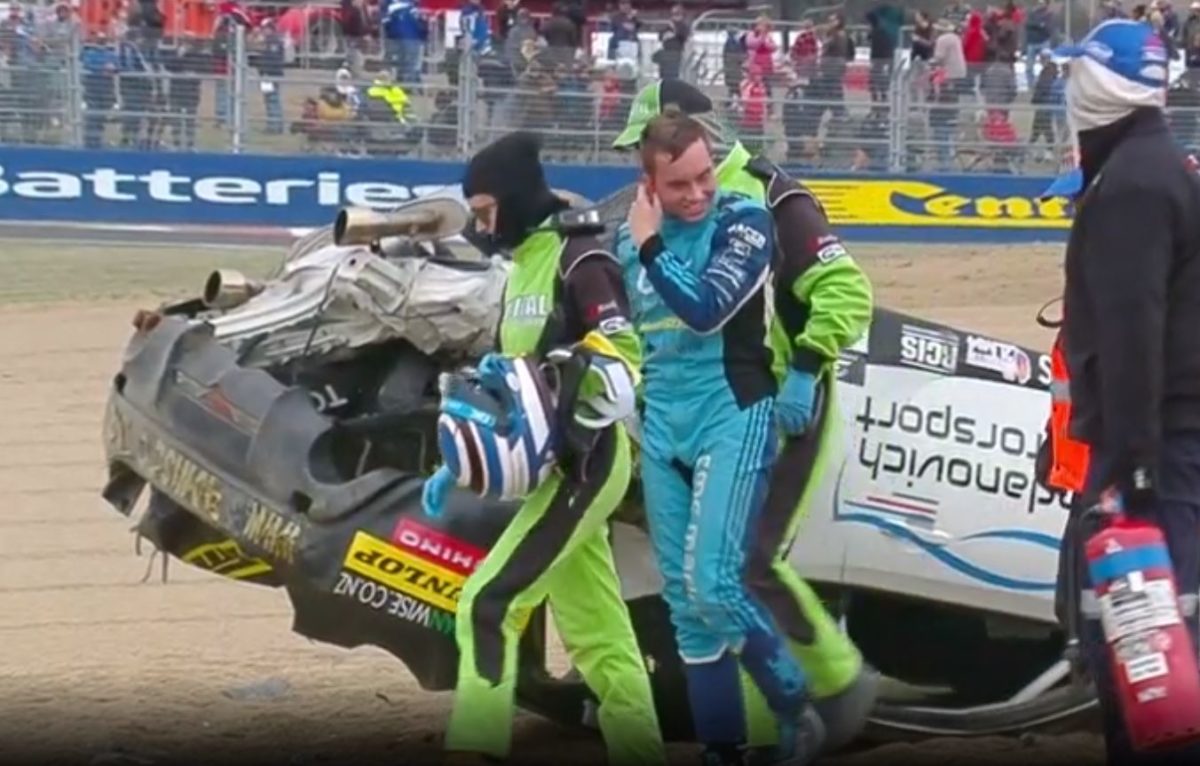