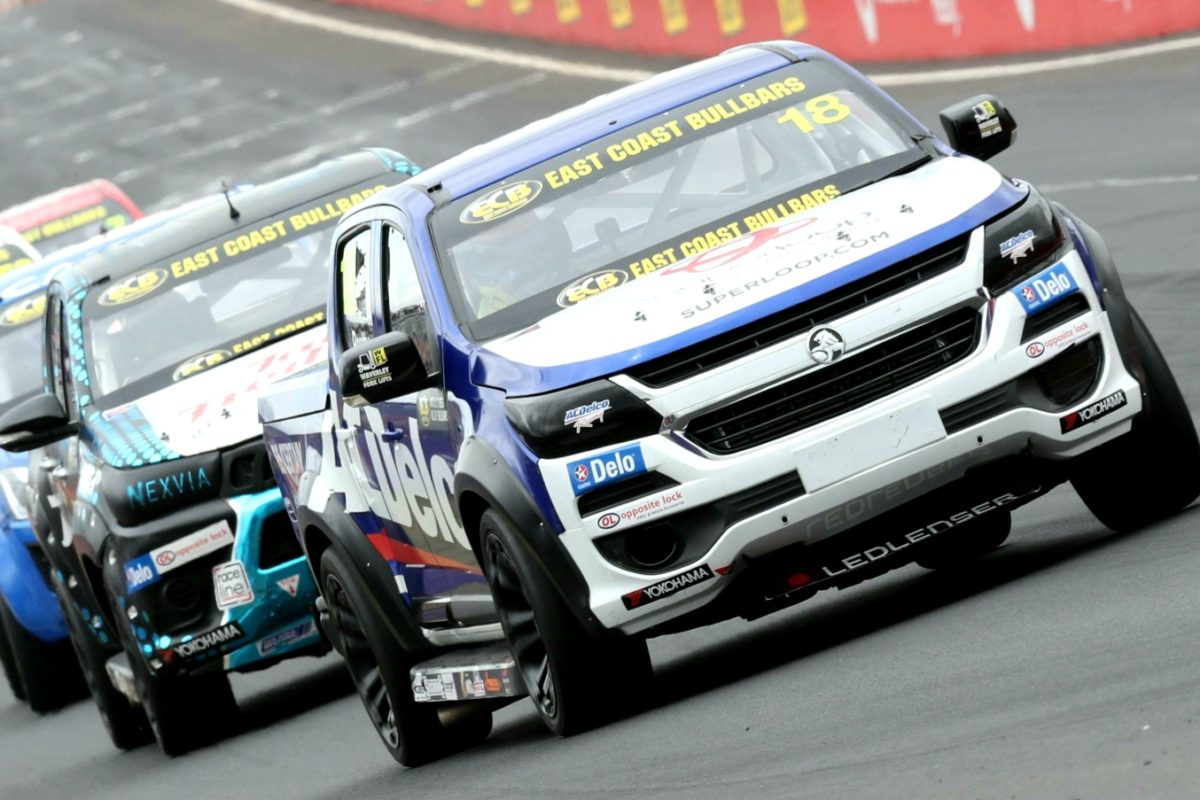 Nathan Pretty made an early pass on Ben Walsh to take victory in the final race of Round 6 of the SuperUtes at the Supercheap Auto Bathurst 1000.

Debutant Pretty (Holden Colorado) snatched the lead at the end of the opening lap from Walsh (Toyota Hilux) before building a healthy margin out front and taking the chequered flag four seconds to the good.

At the start, Walsh had the inside line for Hell Corner and led up Mountain Straight from Pretty.

Pretty challenged for the lead later in the lap, with the pair running side-by-side from the kink at The Chase through to Murray’s Corner where Pretty was able to complete the move.

The squabble between the leading pair allowed Alexander to close up, attempting to pass Walsh at The Chase on the following lap.

Contact was made on corner exit which resulted in a tank-slapper for Alexander and he dropped to fifth, behind Crick and Josh Anderson (Toyota Hilux).

Alexander reclaimed the spot at Griffins Bend to get back into fourth place just as Crick began challenging Walsh for second.

Walsh ran wide on the exit of the final corner on Lap 3, opening the door for Crick to pass and Alexander also made his way by on the following lap on Conrod Straight.

Walsh ended up fourth, while Anderson completed the top five.

Both Ryal Harris and Elliot Barbour were non-starters due to earlier engine failures.

Matt Spratt retired to the pits early in the race, while Bayley Hall stopped on track on the last lap.

Round 7 of the ECB SuperUtes Series supports the Vodafone Gold Coast 600 on October 25-27.