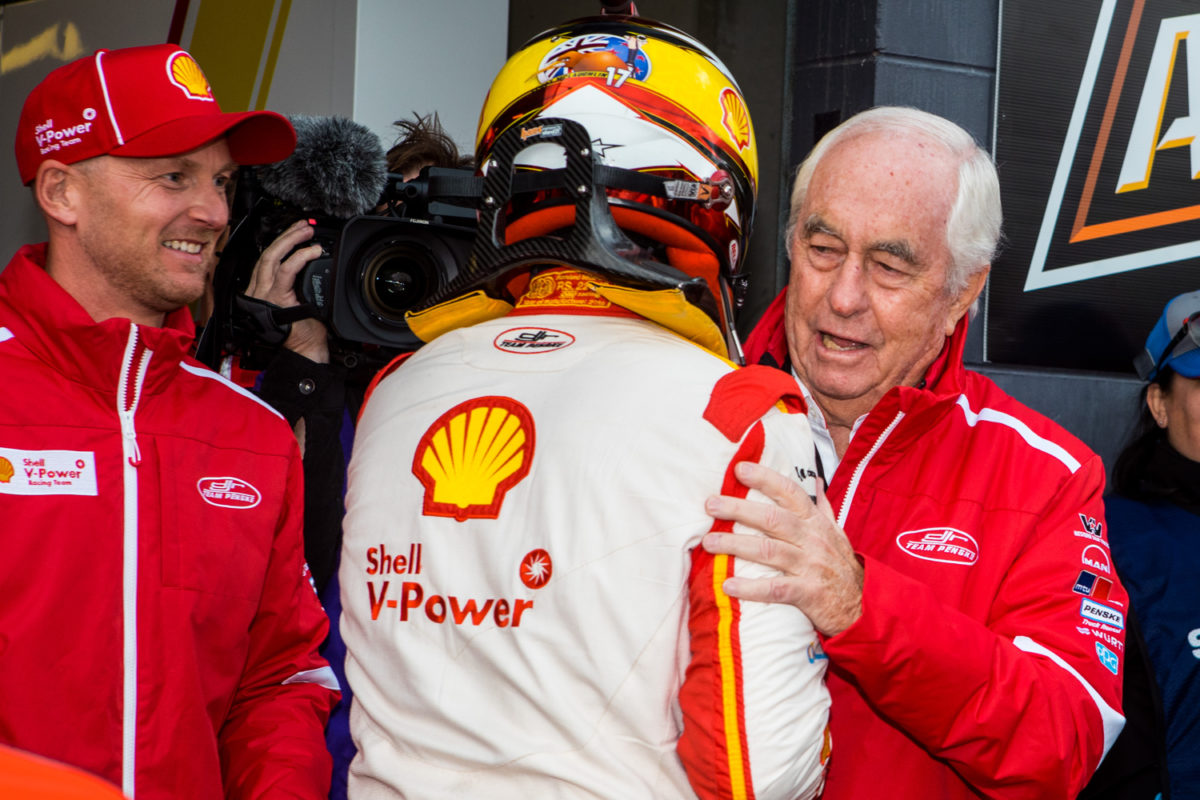 McLaughlin broke the Mount Panorama practice/qualifying lap record for Supercars for the third day straight with a 2:03.3783s in the #17 Shell V-Power Racing Mustang.

While three others made the ‘threes’ during the Top 10 Shootout, the margin between first and second position was 0.4114s, after McLaughlin set the fastest time in every sector.

“Well, I can’t believe it,” said Penske when asked what he thought of the lap.

“You think about the speed around this track and the pressure for him to perform because he’s had such a good season, but it’s a real credit to the guys (for) giving him a car that he could drive like that.

“You know it’s like Mears running at Indianapolis making those pole position runs, 10 miles, wide open, that’s what he did today. Amazing.”

Rick Mears is one of three men to have won the famed Indianapolis 500 four times, the benchmark at The Brickyard, and did so on each occasion with Team Penske.

“To think about going up that mountain and coming down the way… and there’s no place to make any kind of error, so it’s a credit to everyone.”

“I need to talk to Wayne and Di (parents) I think because there’s something special about this kid,” beamed Story when asked how McLaughlin continues to excel.

“That was an unbelievable lap and from the moment he got through the first turn here, he was up and he just maintained that and grew that gap right throughout.

“It was a truly special, special lap.”

Either of McLaughlin or co-driver Alexandre Premat will start from pole position when the 2019 Supercheap Auto Bathurst 1000 gets underway tomorrow from 1130 local time/AEDT, after Warm Up at 0820.