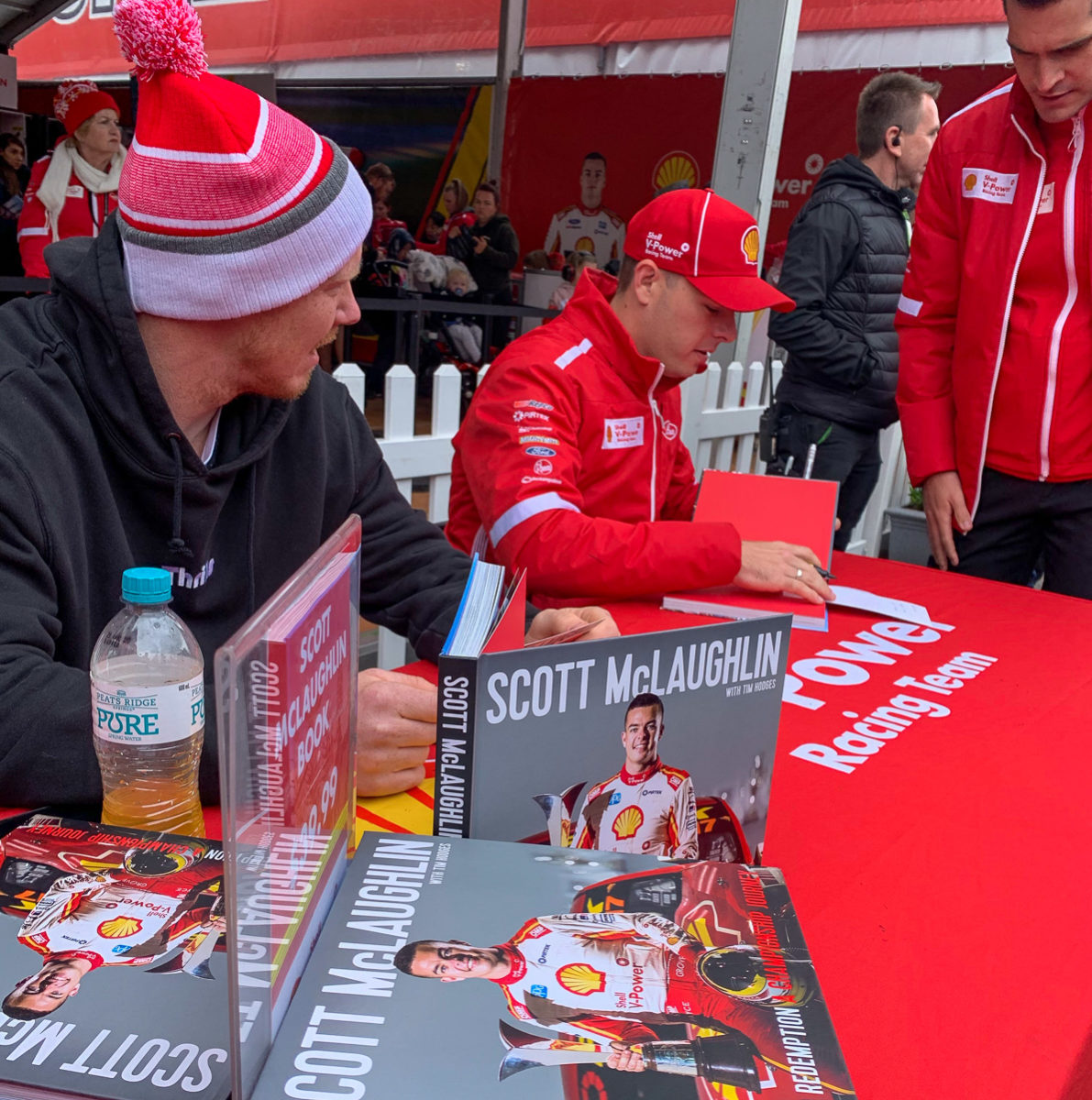 McLaughlin and the Riewoldt have formed a close friendship over the past two years, which saw the DJR Team Penske driver attend the Preliminary Final and Grand Final as a guest of Riewoldt, with the favour being repaid at Mount Panorama this weekend.

But it’s the guidance the dual premiership star has helped McLaughlin with that’s helped settle his nerves ahead of the biggest prize in Australian motorsport.

“Jack rang me during the week and just wanted to stress that this race isn’t the be all and end all,” McLaughlin said.

“He understands the pressure in big time sport, I think that’s in part why we get in so well, and I think he’s mindful of me putting too much pressure on myself.

“It’s unreal to have him here at what us effectively our grand final.”

It was Riewoldt who initially hooked McLaughlin up with Richmond’s mindfulness coach Emma Murray following his gut wrenching defeat in the 2017 season finale at Newcastle.

The alliance helped McLaughlin bounce back to claim his maiden championship in 2018.

“Our relationship is built around the fact he wants to be an AFL player and I want to be a Supercars driver, so we’re both stuck in each other’s dream professions,” Riewoldt joked to Speedcafe.com.

“I wouldn’t call my advice anything special, it was more support I’ve been able to give to Scott.

“It’s a pretty consuming environment here, so sometimes it’s good to have a chat in the motor home and switch off.

“We’ve got a great relationship going through our podcast, we both look out for each other and it’s nice to be able to offer guidance if we see an opportunity.”

A fortnight after his playing his part in Richmond’s premiership victory over the GWS Giants, Riewoldt is attending his first Bathurst 1000 where he’s camping behind pit lane with his father and brother.

“I’m such a fan of the sport, and this place is everything it was billed as, I can’t wait for the race and I hope the #17 can get the trophy!”