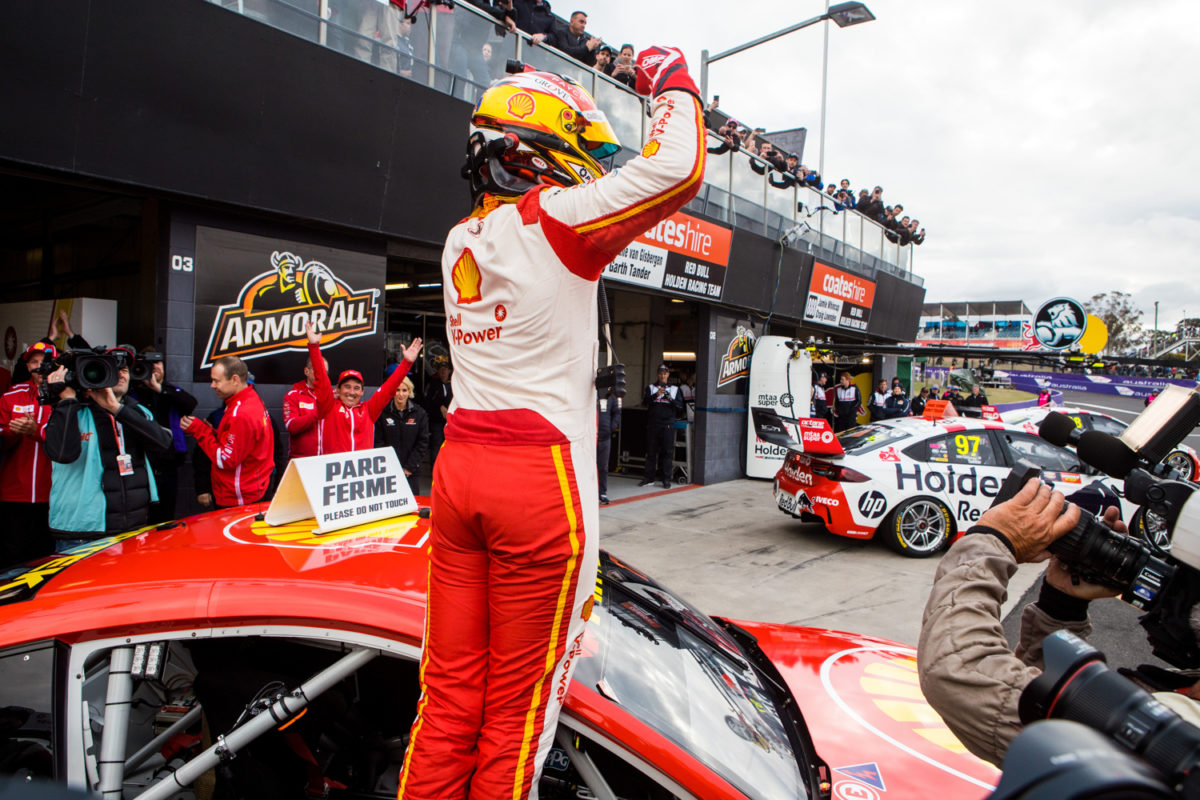 Drivers believe Scott McLaughlin’s new Bathurst lap record could stand for a significant period as Supercars prepares to adopt changes that will curb lap times from next year.

McLaughlin blitzed the 6.2km circuit in the Armor All Top 10 Shootout to reset the lap record for a second time this weekend lowering the benchmark to a 2:03.3783s.

This year’s Supercheap Auto Bathurst 1000 has seen blistering lap times as the field takes advantage of increased downforce created from the Ford, Holden and Nissan models.

Such has been the pace, Jamie Whincup has dubbed the period as the ‘aero era’.

However, with cars set to generate 15 percent less downforce and engines to drop 15 horsepower as part of regulation changes for 2020, it could be some time before McLaughlin’s new benchmark is beaten.

“I would say so. You take grip away and less engine power, it’s obviously going to go slower,” said McLaughlin when asked if he thought his record would stand.

“We all try and go the fastest we can with whatever we have.

“Whether it stays like that for ages or whether it doesn’t, I don’t really care, I just want to know that on the day I’m the fastest and we’ve got the best possible position to start the Great Race tomorrow.”

The prospect of the cars being slower next year has Chaz Mostert concerned that future Top 10 Shootouts will be boring, referring to Whincup’s recent comments about the 2020 changes.

Mostert was second fastest in the Shootout having lapped in the 2:03s bracket, albeit 0.41s shy of McLaughlin.

“I think it’s slightly disappointing for me, a bit like J-Dub’s (Whincup) comments recently,” said Mostert.

“Last year I was unlucky not to get into the top 10 but I went and watched the Top 1o (Shootout) as a fan at the top of the hill.

“As a fan on the fence you want to see cars going faster and faster every year, records getting broken.”

Whincup echoed the views regarding how long the record will stand, suggesting that it would take a re-surface or a circuit change for it to fall.

“Yeah, possibly; until the re-surface or something like that happens or we decide to go straight at the Chase. That lap will stand for a while I believe,” Whincup told Speedcafe.com.

“In saying that, even if you’ve got the quickest car you’ve still got to execute it and he delivered well.”

Whincup ended the Top 10 Shootout as the top Holden runner in fourth and his #888 entry will start tomorrow’s race from the second row behind a Ford Mustang trio of McLaughlin/Alexandre Premat, Mostert/James Moffat, and Cameron Waters/Michael Caruso.