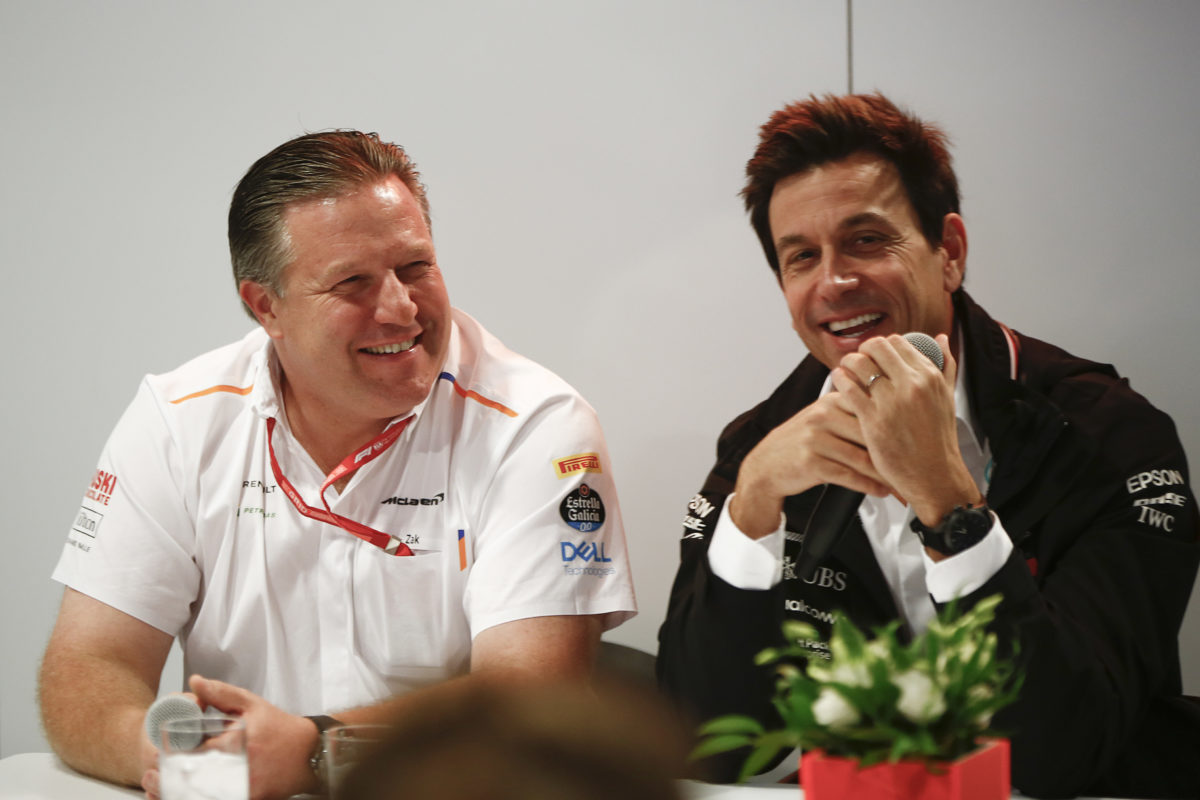 McLaren CEO Zak Brown has called for a ‘radical change’ for Formula 1’s 2021 regulations in a bid to improve the on-track product.

While full technical regulations for 2021 are yet to be published, Brown says they should focus on ‘putting on a great show for the fans’.

A delay in signing off the changes is presenting a design challenge for teams looking to start on new cars.

However, Brown says reducing the spend for teams should be a significant factor in the changes.

“We’re going to have the balance of what the future of Formula 1’s going to look like in our hands next week. Then it should be going to be finalised by the end of October,” Brown said at the Supercheap Auto Bathurst 1000.

“The amount of money that we’re spending is unnecessary relative to putting on a great show for the fans which is what motor racing should first and foremost be about.

“If you have a lot of fans around the world, you’ll have lots of sponsors and lots of promoters selling tickets, lots of manufacturers selling cars etc. I think in Formula 1, the spend is just way too much.”

Reducing the amount of turbulent air off cars and allowing for improved aerodynamics when in traffic has been a key focus for the proposed 2021.

Tyres will also shift from the current 13 inch diameter to 18 inches.

Further proposed changes included a reduction of driver aids, car-to-pit telemetry, and increasing the impact of the driver’s role.

“I think Formula 1 is headed on the right path. I think it does need some pretty drastic change and I’m confident that’s going to come in 2021.”

Speaking from the Japanese Grand Prix, Ferrari team principal Mattia Binotto said the Italian manufacturer intends to influence how the rules will be finalised.

“But certainly, as Ferrari, we are intending to play our role.

“We believe as Ferrari, because of what Ferrari represents for F1, we’ve got a voice, an important voice in the discussions but no doubt that there’s still a lot of points to be addressed.”

While Ferrari’s agreement with F1 allows it to have a veto over changes it does not feel are in the sport’s best interest, Binotto hopes it will not be required.

“I don’t think that should be the case at all,” he said.

“I think we’ve got a good and open discussion with the stakeholders at the moment and I’m as well somehow hopeful that we can find the right compromise at the end.”