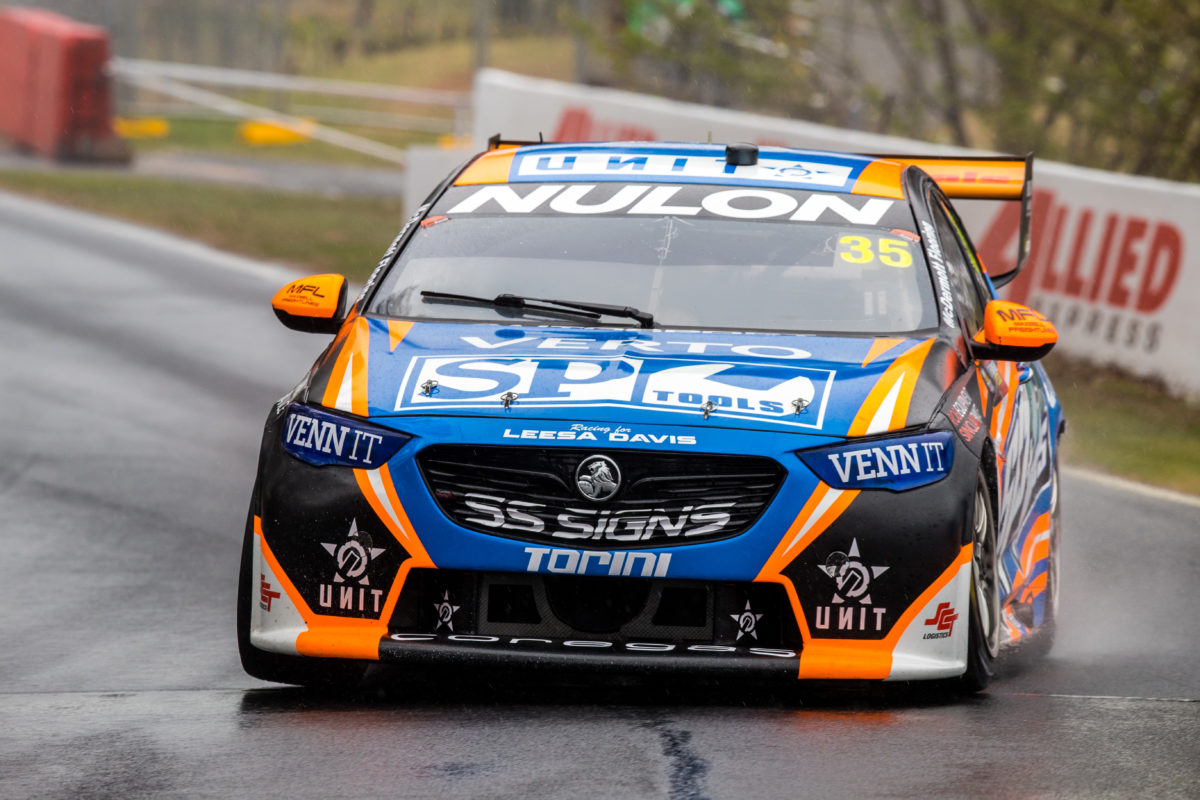 A ‘gutted’ Todd Hazelwood believes that being held up by Macauley Jones cost him a berth in this afternoon’s Armor All Top 10 Shootout.

The Matt Stone Racing entry of Hazelwood and co-driver Jack Smith is set to start the 2019 Supercheap Auto Bathurst 1000 from 15th on the grid, but the former believes that he was on for a comfortable top 10 in qualifying had he not got stuck behind Jones on the way down the mountain on his final lap.

That lap was still Hazelwood’s fastest of the session at 2:30.2670s, and his 59.9109s in the first sector was the fastest of anyone in qualifying.

The 24-year-old also put in his best third sector, but the middle sector was almost 1.5s slower than the fastest he had managed, on the lap prior.

Had Hazelwood been able to come close to matching his fastest middle sector on his final lap, he could have provisionally qualified as high as third position.

“(I was) very gutted to be honest,” the second-year Virgin Australia Supercars Championship driver told Speedcafe.com.

“The car was strong and I was just trying to set myself up for that final lap, that was our strategy, and we nailed on that behalf and gave myself plenty of gap to the car in front.

“Obviously I had a really strong first sector, and that was probably our weakest one (sector), (but) we went purple, so that was exciting.

“We knew we had a really strong car across the top and down the hill; that’s where I was really having a go and trying to make something happen.

“Macauley ran wide a couple of times, and he made a meal of his lap and then just decided to stay on the race line all away across the top.

“(He) blocked me from basically the entry to Skyline, where I was really fast, all the way to Forrest’s Elbow, so I ended up having to nudge him to get him out of the way because I don’t know what he was thinking.

Jones corroborated Hazelwood’s recount of events, but reasoned that he was unable to get out of the way.

“Yeah, he was on a flyer, but I was also fastest (personal best) through the first sector, and I may not have had the best (run) over the top of the hill, but I was still pushing along,” the Brad Jones Racing driver told Speedcafe.com.

“Then I had another little moment at The Dipper and then by then it was too late to be letting him by there and then he nudged me.

“I get he’s frustrated, but at the same time it’s tough conditions (and) I’m trying to push along as well. Maybe my car wasn’t as strong as what his was at that time, but yeah…”

Hazelwood, meanwhile, is looking ahead to the 161 laps of racing after MSR opted not to request an investigation into the incident.

Ironically, MSR shares a pit boom with the #21 BJR entry, the third car run by the Albury-based team.

“There’s a thousand kays of racing to go, and we all get along to very closely together, obviously sharing a boom together and whatever.

“(I’m) very frustrated because anytime you’re on track for… you know, top 10’s one thing, but to actually be potentially inside that top five in the shootout would have been really cool.”

The Virgin Australia Supercars Championship field is next on-track for Practice 6 at 0940 local time/AEDT.