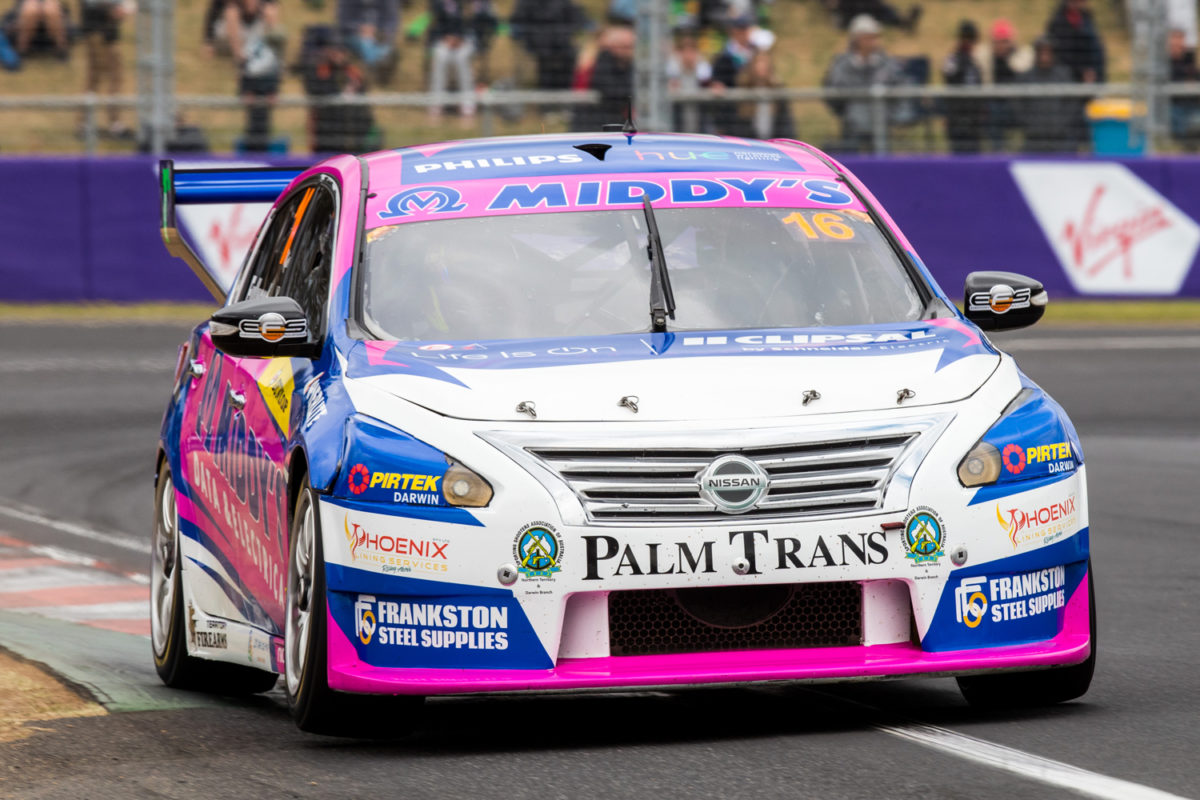 Bryce Fullwood has lost his win in the Dunlop Super2 Series’ Bathurst 250 after he set the fastest lap of the race with a local yellow flag out.

Tickford Racing’s Thomas Randle has inherited the victory having crossed the finish line more than 13 seconds behind Fullwood after the MW Motorsport driver was handed a 15-second penalty.

As such, the series leader’s #16 Altima has been reclassified in second position given that the final podium finisher, Kurt Kostecki, provisionally finished more than 18 seconds in arrears.

Fullwood had dominated Super2’s showpiece 41-lap race around Mount Panorama, and indeed the round as a whole.

The Northern Territorian even lost an effective lead of over 13 seconds when the Safety Car was called with less than 16 laps remaining, and led from lights to flag but for the pit stop cycle.

However, he reset the lap record to a 2:06.5888s on Lap 41 of 41 despite a local yellow applying at The Chase for Ash Walsh’s beached Matt Stone Racing VF Commodore.

Timing shows that Fullwood’s fastest third sector was set on that lap, while Randle and Kostecki were respectively 0.5s and 0.8s slower from the exit of Forrest’s Elbow to the control line than they had been on their previous laps.

“Following a post-race investigation and an admission of a breach of Schedule B3, Article 4.2 (Yellow flag) by Car 16, Bryce Fullwood, the Stewards imposed the penalty of the addition of 15 seconds to Car 16’s race time,” read the stewards report.

Fullwood was unaware of the investigation when asked about the matter by Speedcafe.com in the post-race press conference, recounting then, “To be honest with you, I was fixated on what I was doing.

“I saw the car (Walsh) once I was already committed onto the brakes, but to be honest I was fairly full steam ahead, looking at where I was going.”

For Randle, the race win is his second in Super2 and, ironically, comes two rounds after he lost what would have been his first due to post-race penalties for Safety Car restart infringements.

It means he has a slightly stronger hold on second position in the series, which he had already moved into with the second placing after Fullwood’s team-mate Zane Goddard finished 10th.

Fullwood is nevertheless still more than a round up in the standings and will take a 357-point lead to the penultimate round at Sandown, from November 8-10.

Meanwhile, it was determined that Walsh’s clash with Jordan Boys which led to the yellow flag did not warrant referral to the stewards, despite the MSR driver clipping the side of the Image Racing VF Commodore when he outbraked himself at the left-hander on Lap 40.