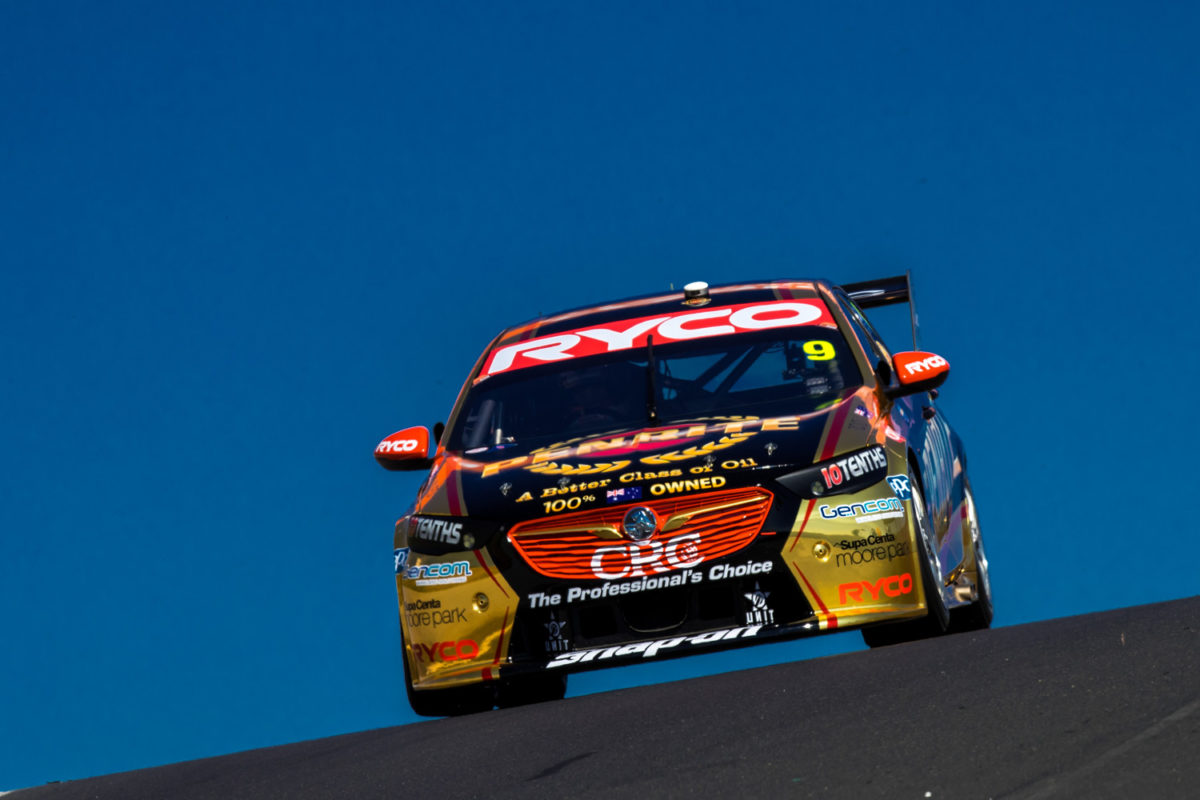 Erebus repaired the #9 entry in time for Practice 4

Luke Youlden has admitted he faced a mental battle as he climbed back into the Erebus Commodore for Practice 4 for this weekend’s Supercheap Auto Bathurst 1000.

The veteran racer crashed during Thursday’s co-driver session, damaging David Reynolds’ Penrite Racing car and ruling it out for the balance of the day.

An all-nighter by the team saw the car repaired and back out on track 20 minutes into the co-driver only session after initially not expecting to return until qualifying.

“I can’t thank them enough, I can’t apologise enough for yesterday as well. I’m normally a pretty safe pair of hands I think,” said the 2017 race winner, who finished 12th fastest in Practice 4.

“I did battle a little bit mentally going into it; what am I going to do? I can’t be too slow and I can’t be too aggressive there either. So I just built up to it.

“There’s plenty more in it, obviously, but I just wanted to make sure it came back.”

Watching from the garage, Reynolds believed getting the car back out was important for Youlden’s confidence after the Thursday hit.

“It’s really good for his confidence just to get out there and do some laps,” said Reynolds.

“Yesterday they were talking about not even making this session.

“(The) Boys have done an unbelievable job just to make everything perfect… They put a lot of time and effort and love and care into it.

“Super important, super necessary to give him some quality laps out there because after a big shunt your confidence level can get cut in half,” he added of getting Youlden back out on track.

“You don’t want that around here.”

Youlden ended the session with a best time of 2:05.8818s, almost two seconds than he managed during Friday’s running.

Practice for Sunday’s Bathurst 1000 continues with another 60-minute session scheduled for 1105 local time/AEDT.