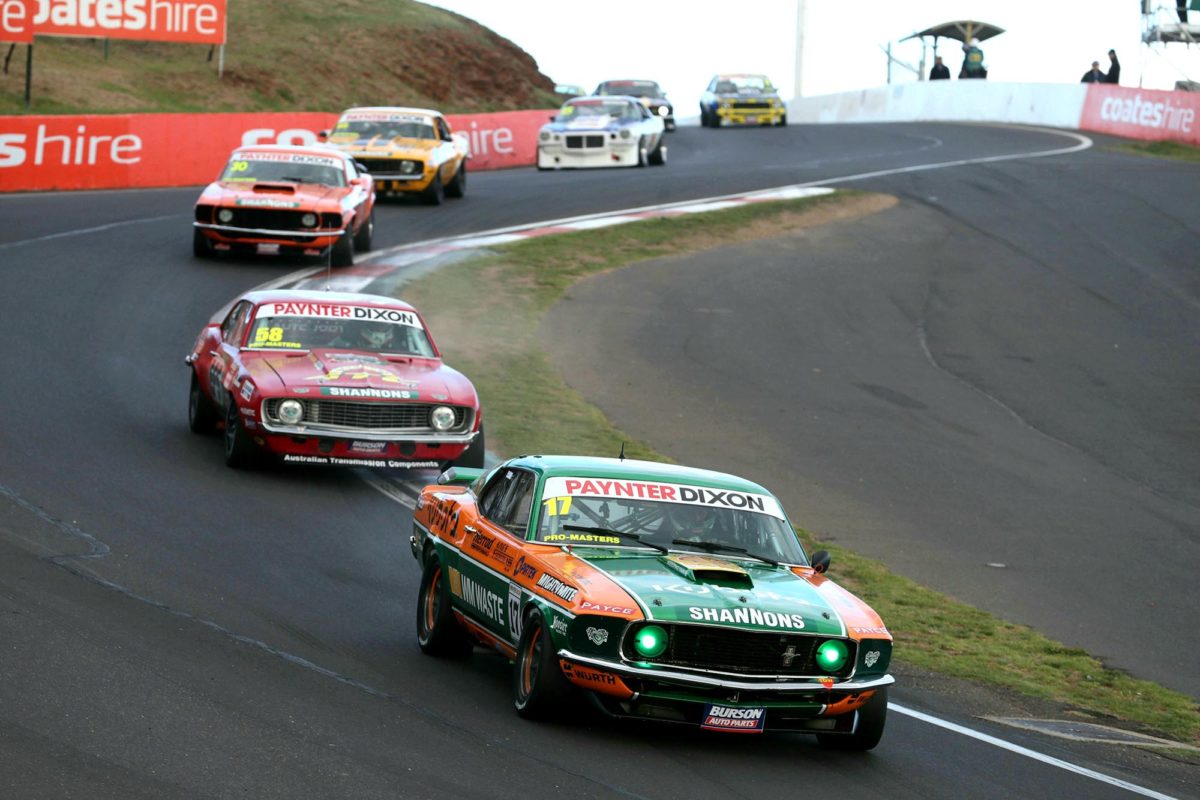 Fogg built a handy margin out front as the rain intensified while Marcus Zukanovic (XD Falcon) momentarily picked off Harris for the final spot on the podium before ceding the spot on the final lap.

Rusty French looped his Ford Mustang on the exit of Griffins Bend, swiping the concrete, before pulling off the track. 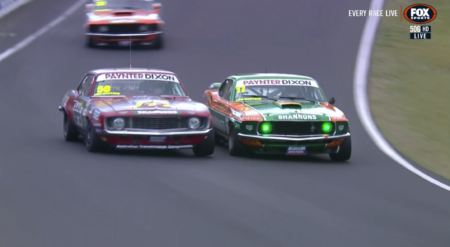 Race 1 was run in dry conditions and Harris pipped Johnson off the start, leading the field up Mountain Straight.

When they got to the top of the Mountain, Johnson got a run of Harris exiting Reid Park and stuck his nose up the inside at the Grate.

The pair ran side-by-side through Sulman Park and McPhillamy Park in spectacular fashion before Johnson nosed ahead over Skyline and completed the pass.

Johnson held the lead for the remainder of the race, while Fogg secured second after powering past Harris on the last lap.

Race 3 for Touring Car Masters will take place on Saturday at 1020 local time/AEDT. 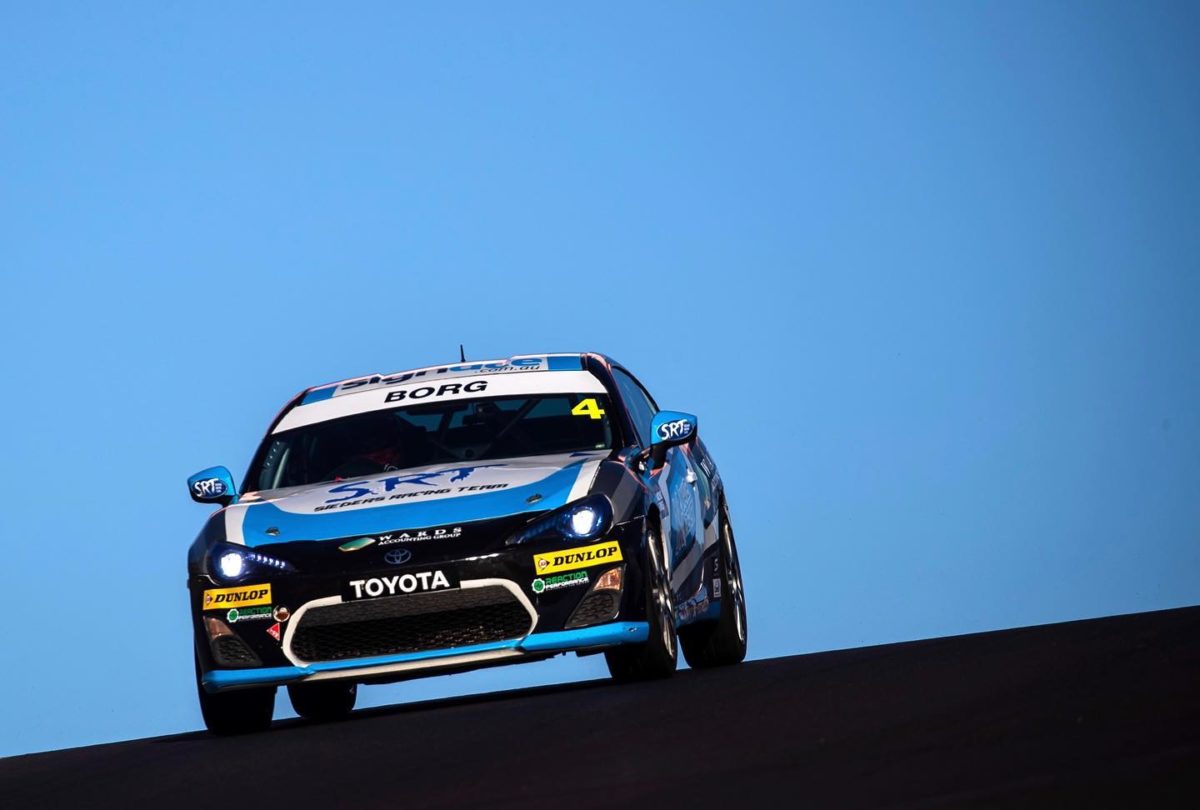 Aaron Borg set a new lap record in taking pole position for Round 3 of the Toyota 86 Racing Series.

John Iafolla followed in third with a 2:38.165s, edging Luke King and Ben Grice who were all within four hundredths of a second of each other, while series leader Tim Brook was eighth.

The session came to a slightly premature end when Zane Morse brushed the inside wall at the Cutting, which sent him into the barrier on driver’s right.

David Sieders was 28th fastest having ended his session with damage after sailing wide at Hell Corner and sliding into the outside wall.

Jaiden Maggs spun at the start of the session, losing control and backing his car into the wall at Skyline before stopping in the run-off with damage.

The first two races of the weekend take place tomorrow at 0805 and 1255 local time/AEDT.