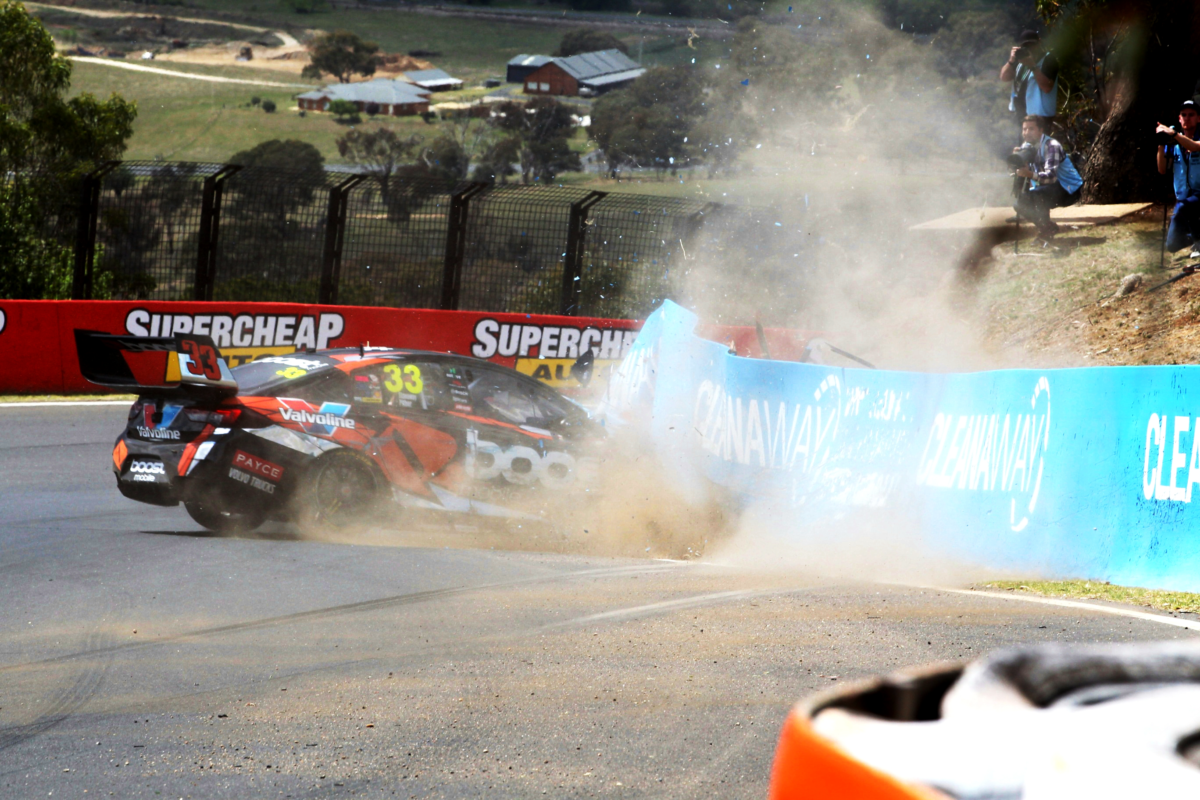 Richie Stanaway found the wall at The Esses

Richie Stanaway is confident his Garry Rogers Motorsport entry will be fit for qualifying after a mistake saw him find the wall in Practice 5 for the Supercheap Auto Bathurst 1000.

The New Zealander came in to the Esses marginally too hot on a flying lap which resulted in the #33 finding the barriers, leaving the car broadside on the track.

Stanaway emerged from the incident unscathed although his stricken car forced Jamie Whincup, who was first on the scene, to take evasive action, which resulted in the Triple Eight driver clouting the wall on the outside.

It appears the car has copped mainly panel damage with only small concerns over the structural chassis items, according to Stanaway, who is confident he will be back for qualifying.

The Kiwi was unaware Whincup was caught up in his incident.

“I just got a little bit too hot down the hill and had a little slide through the right-hander and then couldn’t gather it up, so fortunately with hitting the tyres it’s done a lot of panel damage but not much structural damage,” Stanaway told Speedcafe.com.

“It didn’t go in too hard, no. We’ll be out for qualifying.”

Stanaway admitted the car was feeling good during the session having ended up 16th on the timesheets at the end of the session.

“Pretty good. I just did one run and didn’t maximise it,” said Stanaway when asked about how his car was performing.

“The potential’s there, the other car’s (James Golding) in 10th, so it’s pretty solid I think.

“We want to be in the top 10. Not sure how I’ll feel, how I’ll get back out there but hopefully I can just press on without losing confidence or anything. That’s the plan.”

GRM will work to repair the car in time for Armor All Qualifying, which is scheduled for 1600 local time/AEDT.

UPDATE: It has subsequently been confirmed that Car #33 will make this afternoon’s qualifying session.