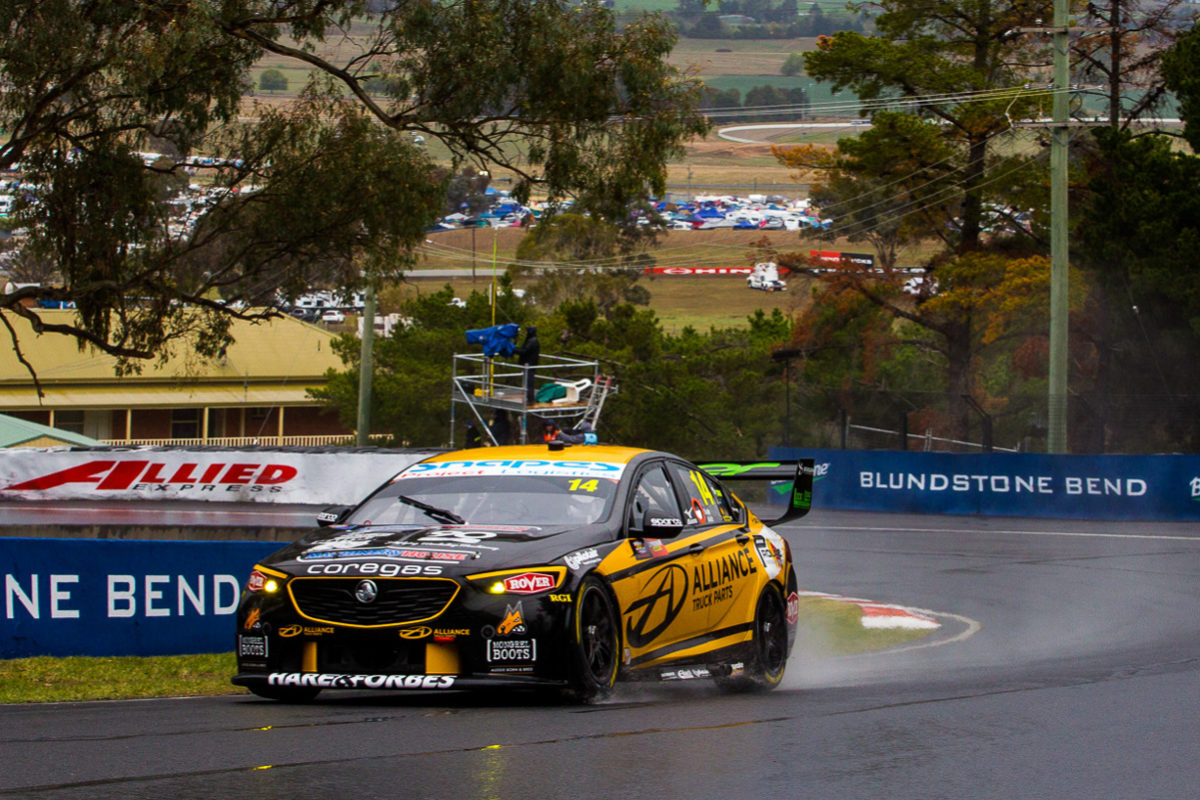 Tim Slade has hailed the effort of his Brad Jones Racing crew after booking his spot in the Armor All Top 10 Shootout ahead of Sunday’s Supercheap Auto Bathurst 1000.

Slade pedalled the Freightliner Commodore to fifth in a sodden qualifying session, banking a solid lap midway through the session before twice improving with his final two tours.

“That’s an awesome result for the team,” said Slade, referencing the presence of his BJR team-mate Nick Percat in sixth.

“Normally the BJR cars, more often than not, are pretty strong in the wet.

“Probably lacking a bit in the dry so I wasn’t disappointed to see the forecast for a wet qualifying.

“All the wet running we’d done here in the past, all the practice last year and then the race in ’17, we knew that it was decent and obviously had some good data to look back on.”

Visibility proved an issue, with fogging and water ingress in the car hindering drivers.

Slade was not immune, with the team working to solve the issue midway through the 40 minute session, only for it to return in the closing stages.

“The condensation on the inside of the screen made it really hard to see out of,” recalled Slade.

“(The) Boys gave that a little tune-up in the stop during the session. Then it started happening again towards the end. It was definitely difficult.”

Slade will take to the circuit as the sixth car out in the Armor All Top 10 Shootout, starting at 1705 local time/AEDT on Saturday afternoon.