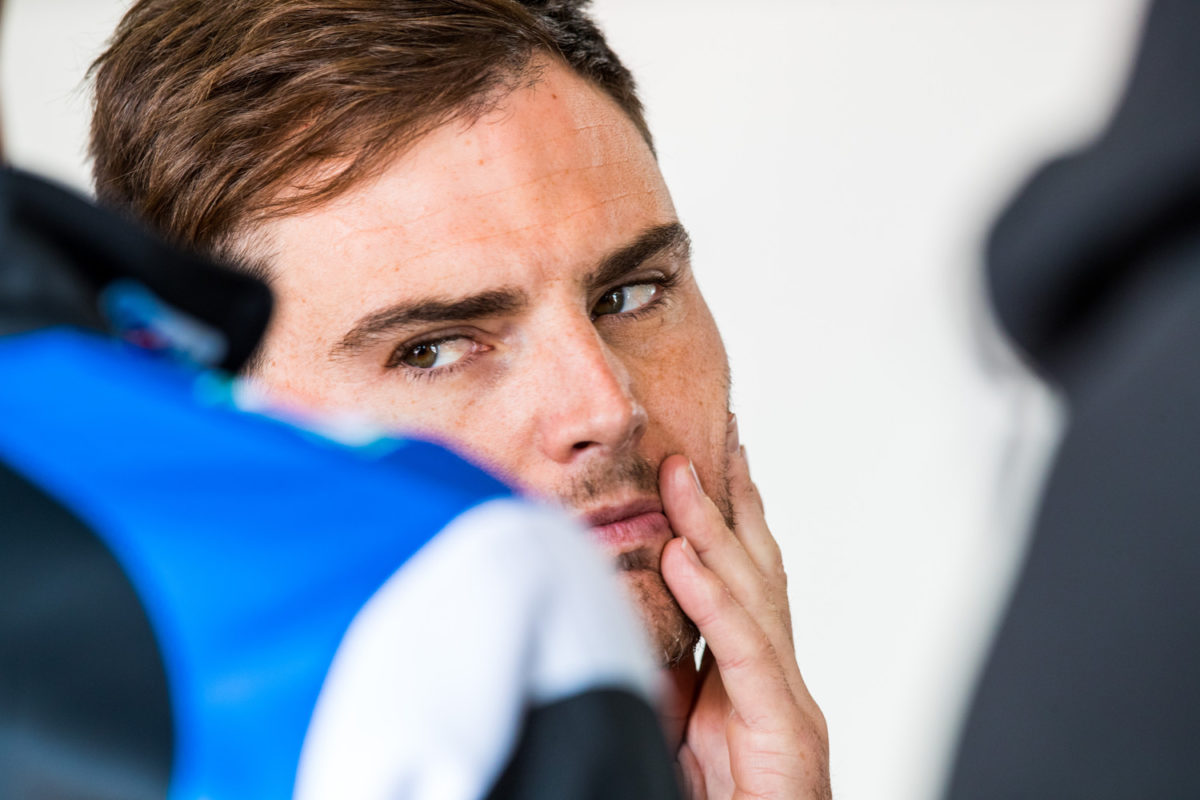 Tim Slade has emerged as a potential candidate to join Matt Stone Racing next year as the silly season continues to ramp up.

The Brad Jones Racing driver is off-contract at the end of the current campaign, which is his fourth with the Albury squad.

Slade is among a group of drivers that are still yet resolve their futures including current MSR pilot Todd Hazelwood, who has been linked to a move away from the Gold Coast-based squad.

His 2020 options were discussed during a team owners press conference at the Supercheap Auto Bathurst 1000 where the prospect of a move to Matt Stone Racing was brought up.

MSR boss Matt Stone has made it clear that he would be keen to run Slade next season and has confirmed that an experienced driver for the #35 entry is the preferred option.

“I’ve worked with Tim before, I know him personally and have for a long time,” said Stone.

“I think he’s a great driver and I would love to run him but as far as speculation goes that’s pretty much what we’re talking about. There’s nothing I can really say one way or the other.

“If we only run one car, we definitely won’t be running a rookie in that but as far as who and what and when, probably not at a point where we can talk about that.”

Slade has been frustrated by his results this season that has seen the Gold Coast-based South Australian lying 15th in the standings, seven spots behind team-mate Nick Percat.

The two-time Supercars race winner says he hasn’t actively spoken to any rival teams for 2020, but admits MSR could be an option for next year despite also being keen to stay at BJR if he can be competitive.

“Some people (teams) have sort of asked what my situation is, and obviously tell them what the situation is,” Slade told Speedcafe.com.

“I’ve loved my time so far at BJR. I’ve got a really good relationship with Brad (Jones, team owner).

“Unfortunately for whatever reason, basically since this time last year it’s been pretty difficult and frustrating.

“I’d love nothing more than things to work here (BJR) again because, like I said, I get along really well with Brad and I’ve got nothing but good things to say about the team. We’ll just concentrate on that for now and then sort of, I guess, work it out.

“I’m not sure where they’re (MSR) at with drivers and everything else, but I guess anywhere where they don’t have drivers sort of for next year and when you’re off contract, in theory, it could be an option.”

BJR boss Brad Jones says he has spoken to Slade regarding his future and would not stand in the way should Slade wish to move away.

“Look, Timmy’s had a pretty rough year, to be honest, and we’re working through it with him, I spent a lot of time with him (on Wednesday),” said Jones.

“I’ve had two conversations with him about next year.

“I’ve never actually ever turned up at the circuit and not had a driver.

“So I’m sure that will be sorted and if that’s (MSR) the right way for Timmy to go, and that helps get himself sorted out, then I don’t have a problem with that, but right now he’s with me until the end of the year and we need to get the best results we can.”

Meanwhile, both teams are at the centre of a busy Racing Entitlements Contract (REC) market.

MSR is set to purchase a new REC from a rival team to underpin its #35 entry, replacing the REC currently owned by Jason Bright, which is believed to be heading to BJR, which could run four cars next year and have also been associated with Jack Smith.

Stone’s squad is also investigating an expansion to two cars that could see the outfit run a car shared by drivers, a concept that is being investigated by Supercars.

“Whether 2020’s too soon to be looking that way is still to be determined but in the future of Matt Stone Racing there’s definitely ambition of being a two car team,” Stone added.

“I’d like to say that we could do it next year, certainly we’re looking at the option, but by no means are we locked in to anything.

“I believe that at the moment you’ve got a lot of young talented drivers in Super2 and you’ve got a sort of missing step between Super2 and main game, and a program like that (primary driver car share) I think would help develop the drivers, help them get into Supercars at an earlier level with less pressure than a full-time season.

“(It’s) easier from a budget to achieve as well and be something that might be quite good for driver development.”