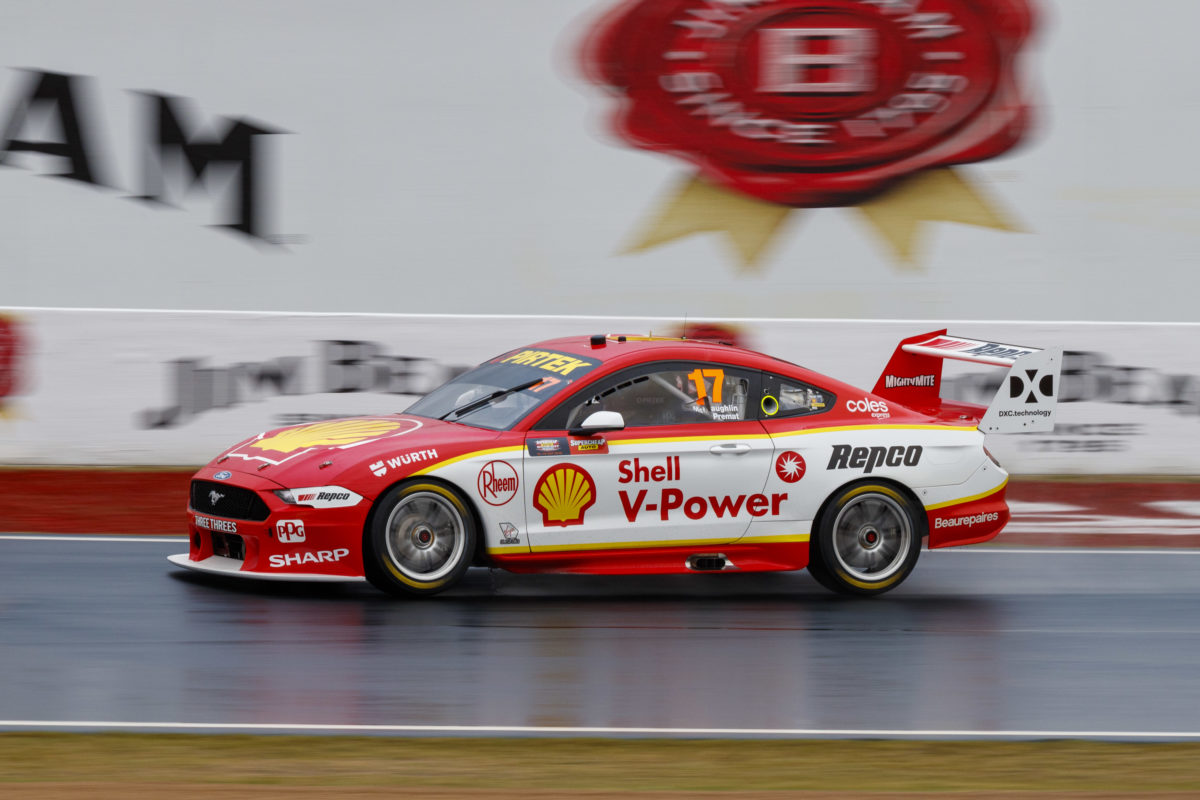 Supercheap Auto Bathurst 1000 provisional pole-sitter Scott McLaughlin admits that he was ‘nervous’ about his prospects ahead of the wet Armor All Qualifying session.

McLaughlin had chipped a few hundredths of a second out of his practice/qualifying lap record in Practice 3 on Thursday afternoon and found almost another three tenths relative to that marker in Practice 5 when he lapped Mount Panorama in 2:03.4813s.

However, he was not optimistic about securing provisional pole when rain arrived later in the day.

That began to change when McLaughlin found himself bettering the speed of Mostert, who was his only serious competition throughout qualifying.

“I was pretty nervous because we just haven’t been that good in the wet previously,” said the championship leader.

“I think we’ve really tuned up the car with various pressures, cambers, all that sort of stuff, just a proper wet set-up.

“It was great straight away. I mean, I was catching Chaz at the start, and he’s normally a wizard in the wet and real fast, so I thought, ‘Well we’re pretty on here.’

“So (I was) just trying to be as safe as I could and worked out pretty good.”

McLaughlin’s exploits today came amid the presence of Roger Penske, and the Kiwi believes that the team owner liked what he saw.

“It’s just good that he gets to see everything first-hand and not second-hand,” said McLaughlin.

“Certainly I think the progress that we’ve have made with our wet car from the last six months and stuff like that, it’s certainly good to see, so. I think he’s pretty happy with that.

“Unfortunately Fabs (team-mate Fabian Coulthard) didn’t get in the 10 – he had a quick enough car probably, too – and we’ll work on that overnight for him and see if he’s strong in the race.”

The Virgin Australia Supercars Championship will be back on track for the first of two half-hour practice sessions tomorrow from 0940 local time/AEDT, while the Armor All Top 10 Shootout is set to start at 1705.