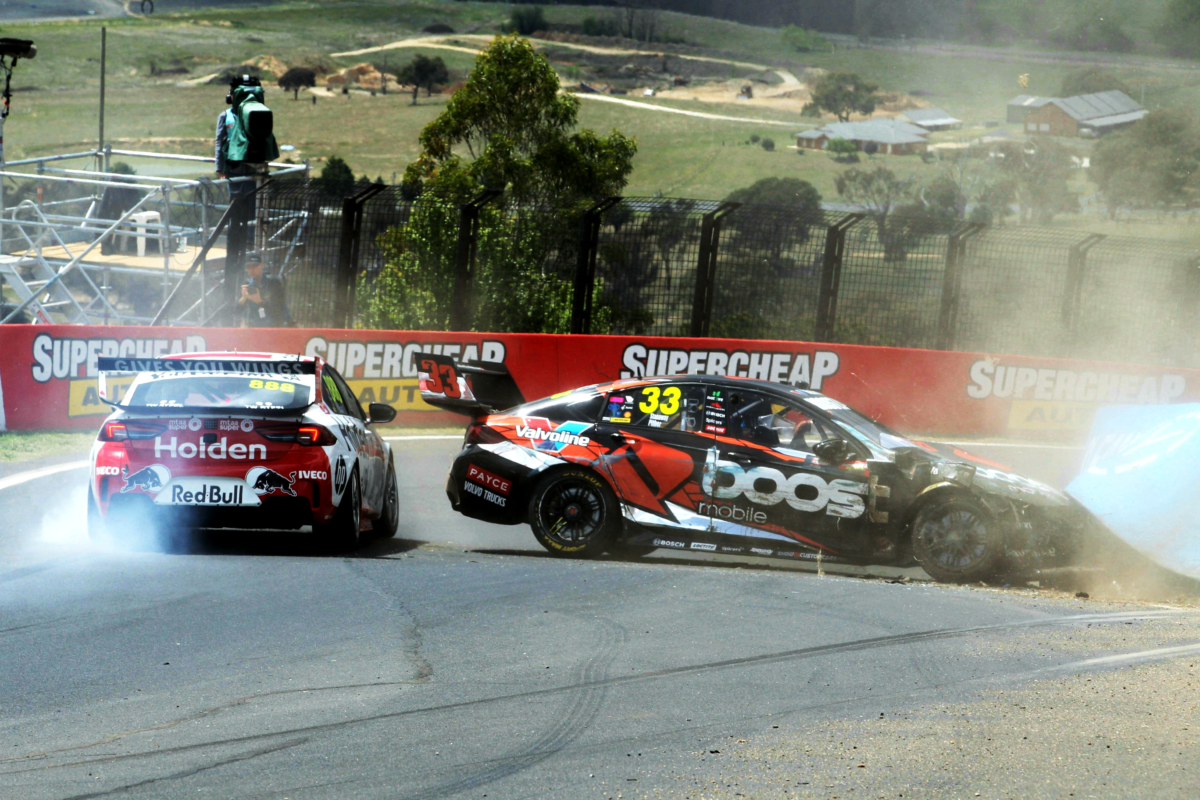 Scott McLaughlin has further lowered his practice/qualifying lap record in Practice 5 at the Bathurst 1000 while Jamie Whincup crashed as a result of a separate incident for Richie Stanaway.

McLaughlin achieved a 2:03.4813s in an apparent qualifying simulation during his fourth run in the #17 Shell V-Power Mustang, before Whincup was the innocent victim of a separate prang for Stanaway at The Esses.

The four-time Supercheap Auto Bathurst 1000 winner arrived as the incident was already unfolding for Stanaway, who ran into the tyre wall on driver’s right in the #33 Boost Mobile ZB Commodore.

That forced Whincup onto a wider line for the right-hander out of The Esses into The Dipper, and the #888 Red Bull HRT ZB Commodore slapped the wall on driver’s left, bringing about the second red flag of the session.

Replays suggested no yellow flags were on display, although there was unlikely to have been time given replays did show the tyre belt being impacted as Whincup began the descent from Skyline.

The hour-long session, run in overcast conditions, was bookended by two other red flags, for offs at Hell Corner for Simona De Silvestro and wildcard Alexander Rossi.

The latter brought proceedings to an early end, just after Andre Heimgartner had gone second fastest with a 2:03.9853s in the #7 Plus Fitness Altima, 0.5040s slower than McLaughlin’s best.

Whincup had been fastest on a 2:05.1435s when De Silvestro caused the first stoppage with most of the field having completed two flying laps.

The Kelly Racing driver lost the rear of her #78 Harvey Norman Altima and slid into the gravel trap at Hell Corner but appeared to stop just short of the tyre wall and avoided damage to the rear wing.

McLaughlin was straight into the ‘fours’ when the session restarted with a 2:04.7664s, and team-mate Fabian Coulthard (#12 Mustang) was not far behind on the circuit on a lap 0.1274s slower.

Shane van Gisbergen (#97 Triple Eight ZB Commodore) then usurped them to sit atop the timing screen at the end of the second runs with a 2:04.2852s, before David Reynolds (#9 Penrite ZB Commodore) took over the top spot when he clocked a 2:04.1919s on his third run.

However, it was McLaughlin who held sway at the end of the third runs as he came ever so close to the practice record in setting a 2:03.7957s, reportedly on used tyres, not long before the half-hour mark.

Coulthard was a little further back on the race track and rose to third position a handful of seconds later, albeit 0.4368s slower at the time.

McLaughlin was then sent out on green tyres and duly delivered the 2:03.4813s, a couple of minutes before Cameron Waters (#6 Monster Energy mustang) rose to second with a 2:04.0248s.

The Whincup-Stanaway incident followed before the session restarted in time for what was to have been another nine minutes of running.

Heimgartner was the most prominent mover thereafter, going ahead of Waters, Reynolds, and Coulthard, who rounded out the top five.

While McLaughlin strung together his three personal best sectors for the fastest lap, he was bettered in the first by Reynolds, and revealed that his team asked him for more pace.

“(It) Certainly was a full-on lap and then you get told on the radio that the team wants you to go a bit faster in the first sector,” he recounted.

He did say, however, that he was only at ‘nine tenths’ for the lap, rather than pushing as hard as he could.

“Yeah probably at nine at least. You’ve got to have some sort of feel in case it is dry for qualifying, (and) I’m not sure if it’s going to be wet as well,” explained McLaughlin.

“Look, I want to have a feel of the car. I’m within my limit, I’m definitely being safe but I’m hanging on to a point… 2:03.4s, it’s pretty fast across the top for anyone.

Whincup was 17th fastest, while Rossi had just set a fastest lap of 2:06.3885s which left the #27 NAPA ZB Commodore in 25th before he got beached at the first corner.

Armor All Qualifying, to be run over 40 minutes, starts this afternoon at 1600 local time/AEDT. 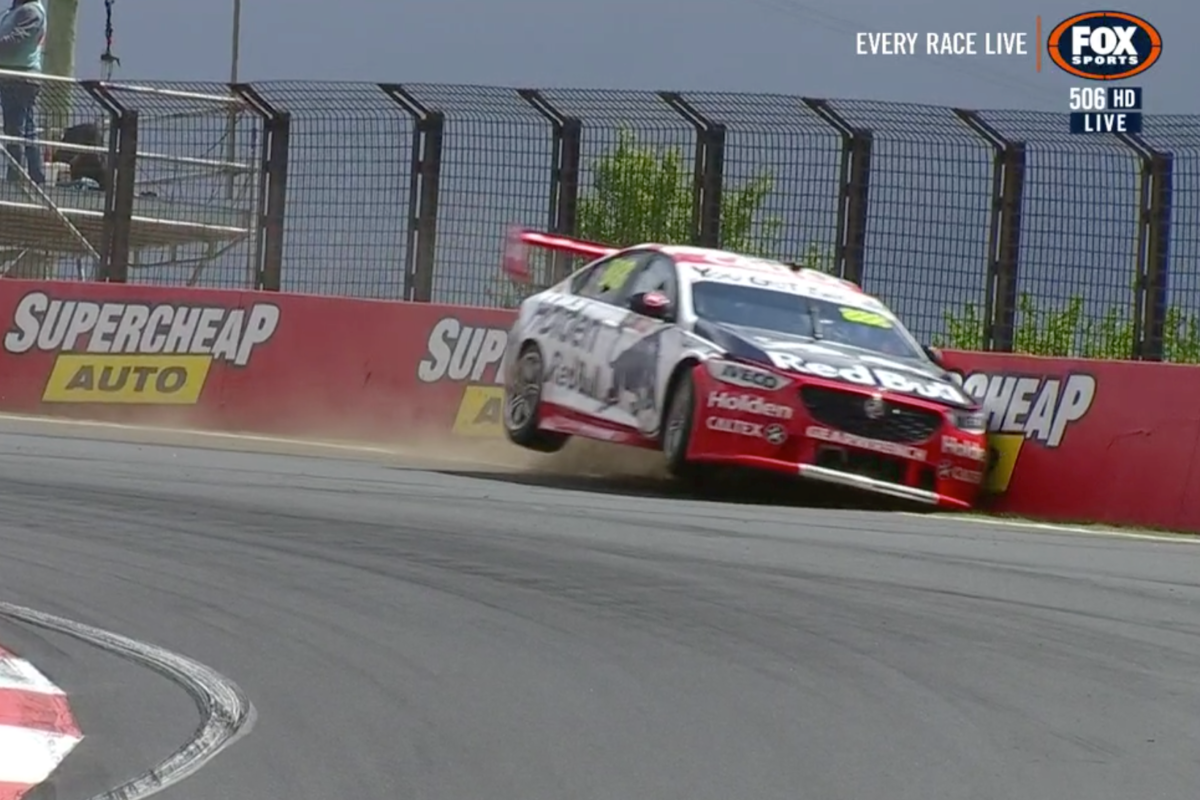