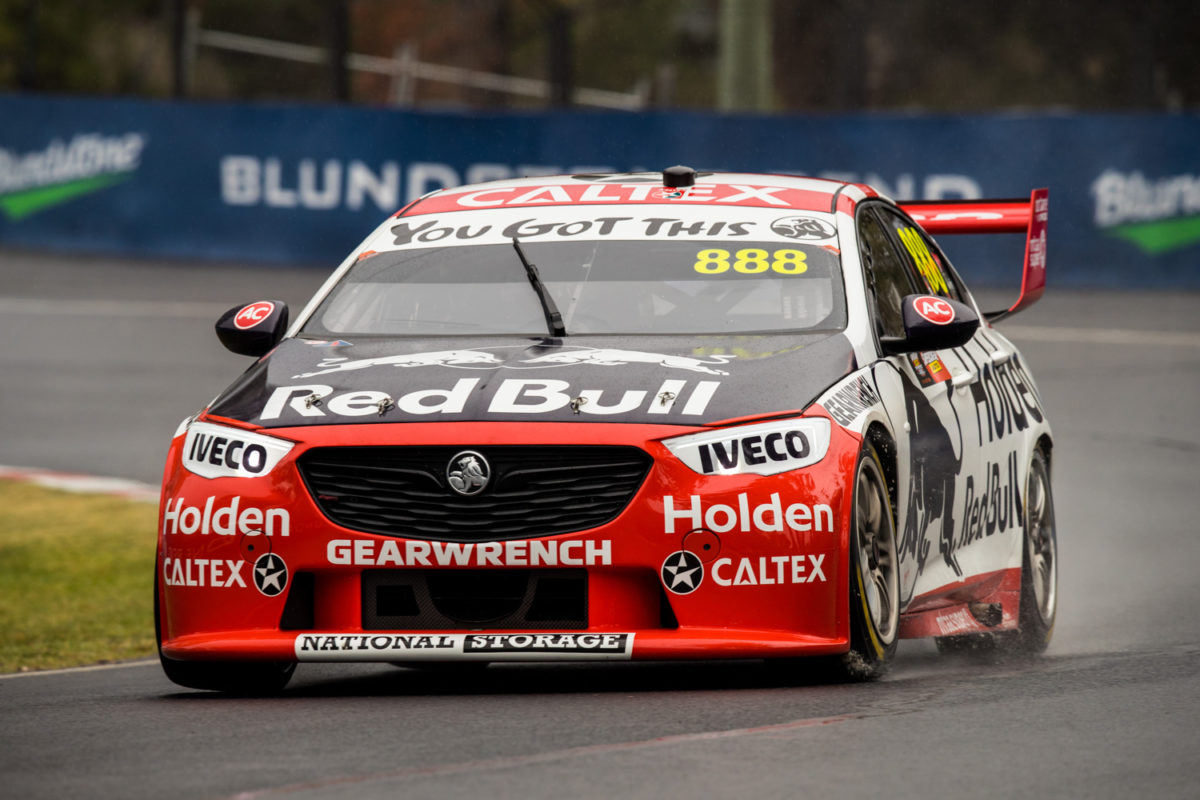 Jamie Whincup took “massive risk” to make the Armor All Top 10 Shootout at the Supercheap Auto Bathurst 1000 having spent much of qualifying outside the top 10.

The four-time winner of the Great Race, whose #888 Red Bull Holden Racing Team ZB Commodore was repaired after hit the wall in unfortunate circumstances in Practice 5, looked to be in trouble during the wet qualifying session.

However, he was able to find more than 1.7s on his next lap, more than 0.4s on the one after that, and another second again with the chequered flag out.

“The frustration is I nearly crashed about 15 times,” said Whincup when asked if he was frustrated by Triple Eight missing the mark on its wet set-up.

Rain is also forecast for tomorrow, albeit at a 40 percent chance instead of the 70 percent prediction for today, and then only one millimetre is expected.

Having grafted his way into the Armor All Top 10 Shootout, Whincup expects to struggle again if that session is also wet.

“Some qualifying runs, you’ve got a quick car and off you go, but we had to grind our way then,” he recounted.

“We probably didn’t change enough for the wet and we were genuinely down in the 20s (positions), but the engineers, everyone did a good job, we ground away at it and just scraped into the 10, which is nice.

“I think it’s probably going to be wet again for Shootout tomorrow, so if it is, we’ve got some work to do to be competitive.”

When asked about his pace in the dry, Whincup said, “We feel we’re competitive in the dry.

“Maybe not the quickest but we’re there or thereabouts.”

Race day is forecast to be partly cloudy with only a five percent chance of rain at present.

The first of two half-hour practice sessions tomorrow starts at 0940 local time/AEDT, while the Armor All Top 10 Shootout is scheduled for 1705.