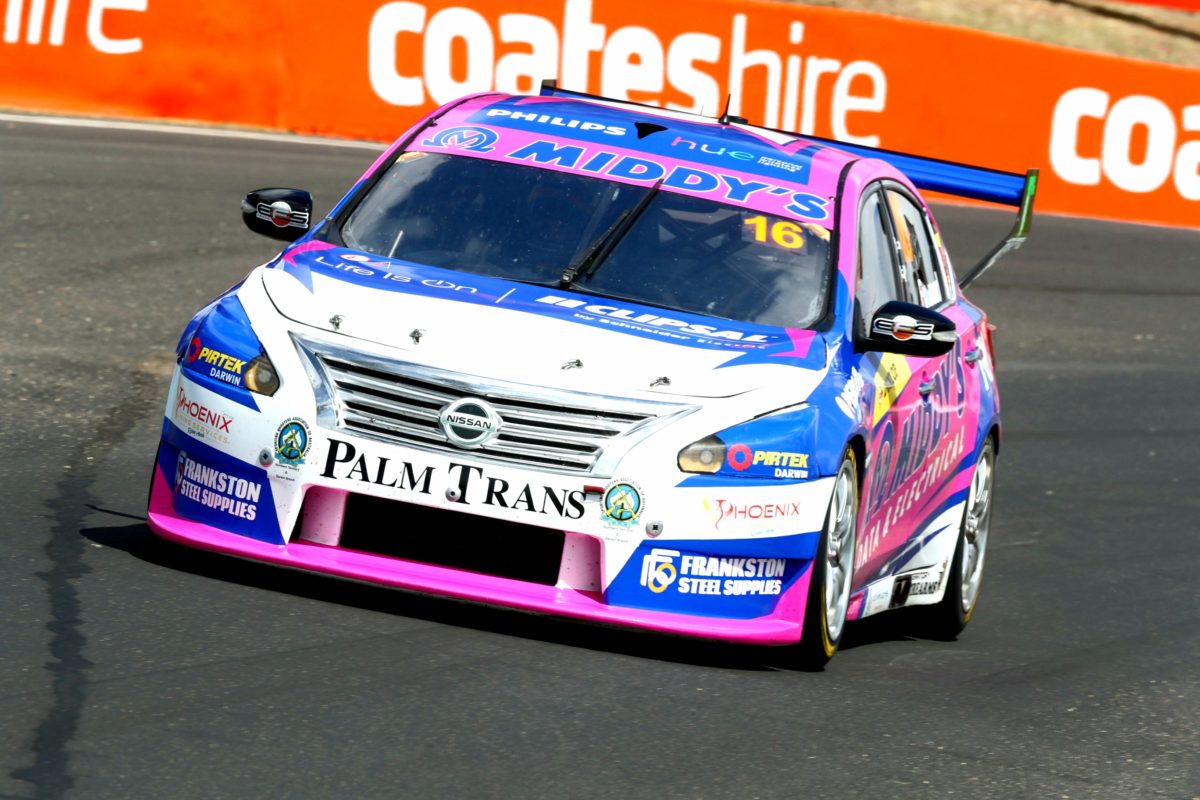 Super2 Series leader Bryce Fullwood has gone fastest in Practice 2 at the Supercheap Auto Bathurst 1000 as Thomas Randle hit the wall hard on his way down the mountain.

Randle was third fastest when he crashed at the transition from The Esses to The Dipper just as the 40-minute session reached its halfway mark. 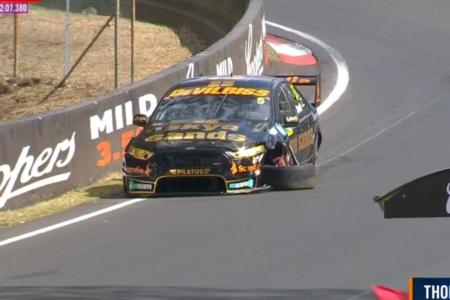 The #5 Tickford FGX Falcon would not turn right on exit from The Esses, leaving both driver and engineer David Paterson uncertain as to what exactly had happened.

“There’s something unusual (that) happened there for Tom to miss that corner quite that badly,” said Paterson as the recovery took place under red flag.

Fullwood recovered from a drama of his own to set the pace with a 2:05.9975s in the #16 MW Motorsport Nissan Altima, despite losing one of his new tyres due to a puncture just after the restart.

Kurt Kostecki ended up 0.2958s away in second position having spent most of the session on top, with Zane Goddard third in the second of the MW Motorsport entries.

Fullwood, however, may have had more time in him at that stage given he set the fastest second sector before encountering traffic in the form of Matt Chahda (#18 Matt Chahda Motorsport FGX Falcon) from The Chase to Murray’s Corner.

There was little chance for anyone to improve in the time between commencement of second runs and the red flag, although Goddard did jump to fourth having ended his first run early after scraping the #28 Altima exiting The Cutting.

After the restart, Kostecki improved to a 2:06.5828s, then immediately ran off at Hell Corner but just kept Car #55 off the wall.

Will Brown (#38 Eggleston Motorsport VF Commodore) got as high as second position before he was usurped by Goddard.

Kostecki found another three tenths on the lap after his off, to move to a 2:06.2933s, but it was not enough to hold on to first position as Fullwood pulled out a 2:05.9975s with the chequered flag out.

A bout of influenza for Jack Perkins means that Eggleston Motorsport has withdrawn the #54 VF Commodore which he was to drive in Round 5 of the Dunlop Super2 Series, allowing him to conserve energy for his Pirtek Enduro Cup role with Walkinshaw Andretti United.

Armor All Qualifying starts today at 1440 local time/AEDT, while the 250km enduro will be held tomorrow afternoon.