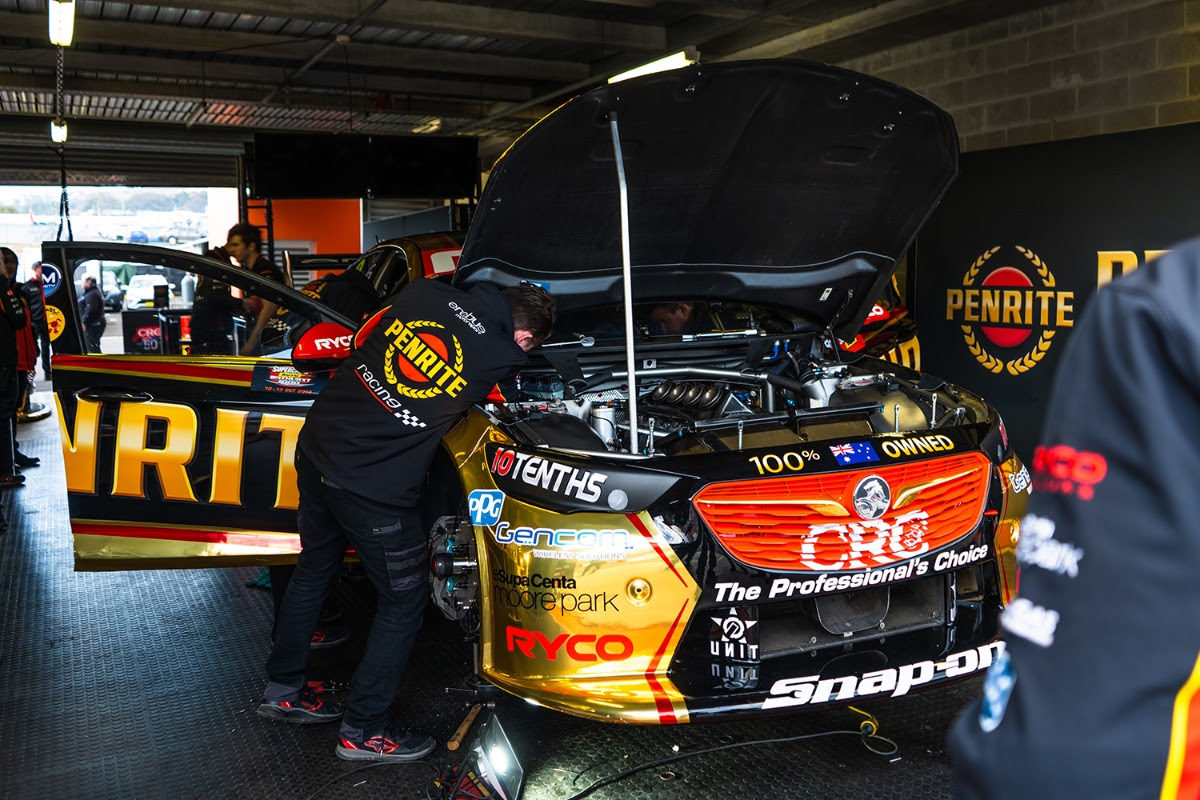 Penrite Racing’s crashed-damaged #9 ZB Commodore will make an earlier than expected return after the team’s crew ‘worked their arses off’ overnight, according to Erebus CEO Barry Ryan.

Luke Youlden clouted the wall at Sulman Park during the first co-driver session of the weekend, leading to significant damage on the right-hand side of David Reynold’s race car.

The team had initially expected to not have Car #9 back on track until this afternoon’s Armor All Qualifying session, scheduled for 1600 local time/AEDT.

However, after a “non-stop overnight” effort, and some assistance from rival teams, Penrite Racing managed to fix the car such that it will be ready for this morning’s fourth practice session, which is due to start at 0825.

According to Ryan, the quicker than anticipated turnaround was due to the damage being not as bad as first feared, and a big shift for his team.

“Initially when we saw the damage, we doubted that we would be able to make it out again, but the more we worked on it we realised the main chassis rail was fairly straight and the safety structure wasn’t compromised,” said Ryan.

“Everybody worked their arses off; minimal crew still haven’t been to bed yet but we managed everyone to ensure that we still had fresh crew for today.

“We have done a bit of extra work that we probably didn’t need to do; we could have done it good enough, but we wanted it to be perfect.”

Erebus reports that the engine was fired up this morning at 0500 and normal procedures will take place prior to the start of Practice 4, which is also for co-drivers only.

“We just need a good check over the car with some fresh eyes and we’re back to normal,” he added.

“We’d like to thank the teams that helped, or offered to help, particularly Penske and Tickford who gave us stuff to help us get the job done.”

Reynolds was sixth fastest in Practice 1 and, speaking as repairs were taking place yesterday afternoon, Ryan had been confident in the pace of Car #9 despite the setback and probability at that time of missing two, hour-long practice sessions today.