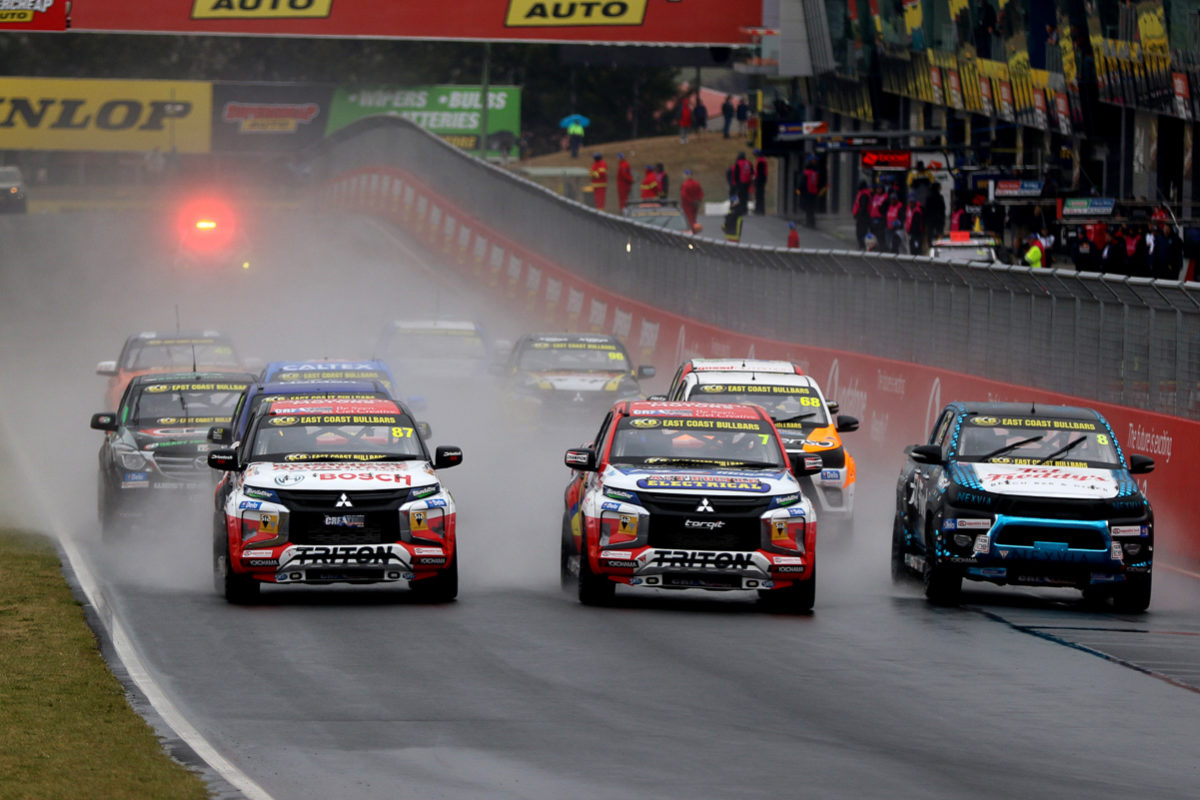 Cameron Crick won a wet opening race of SuperUtes Round 6 at the Supercheap Auto Bathurst 1000 after a mistake from Ben Walsh.

Crick emerged in the lead, while Walsh held off Barbour for second, but further back there was a skirmish exiting Hell Corner.

After separate contact with Josh Anderson (Toyota Hilux) and Ryal Harris (Mazda BT-50), Tom Alexander (Isuzu D-Max) found himself spinning in front of the second half of the field, sending cars scattering in avoidance.

Nathan Pretty (Holden Colorado) among a number of others were caught up and incurred damage.

At the end of Lap 1, Crick ran off the road at The Chase, allowing Walsh into the lead while Barbour did the same and began to slow with an issue, falling through the field.

Barbour eventually retired to the pits with what was reported as a broken manifold.

This gave Harris third, with Anderson ahead of Pretty in fifth.

On Lap 4 Walsh slid sideways turning into The Chase, pushing him wide and allowing Crick a shot to get back past and into the lead.

From there, Crick held station until the chequered flag to win by just under three seconds ahead of Walsh, Pretty, Harris, and Anderson who completed the top five. 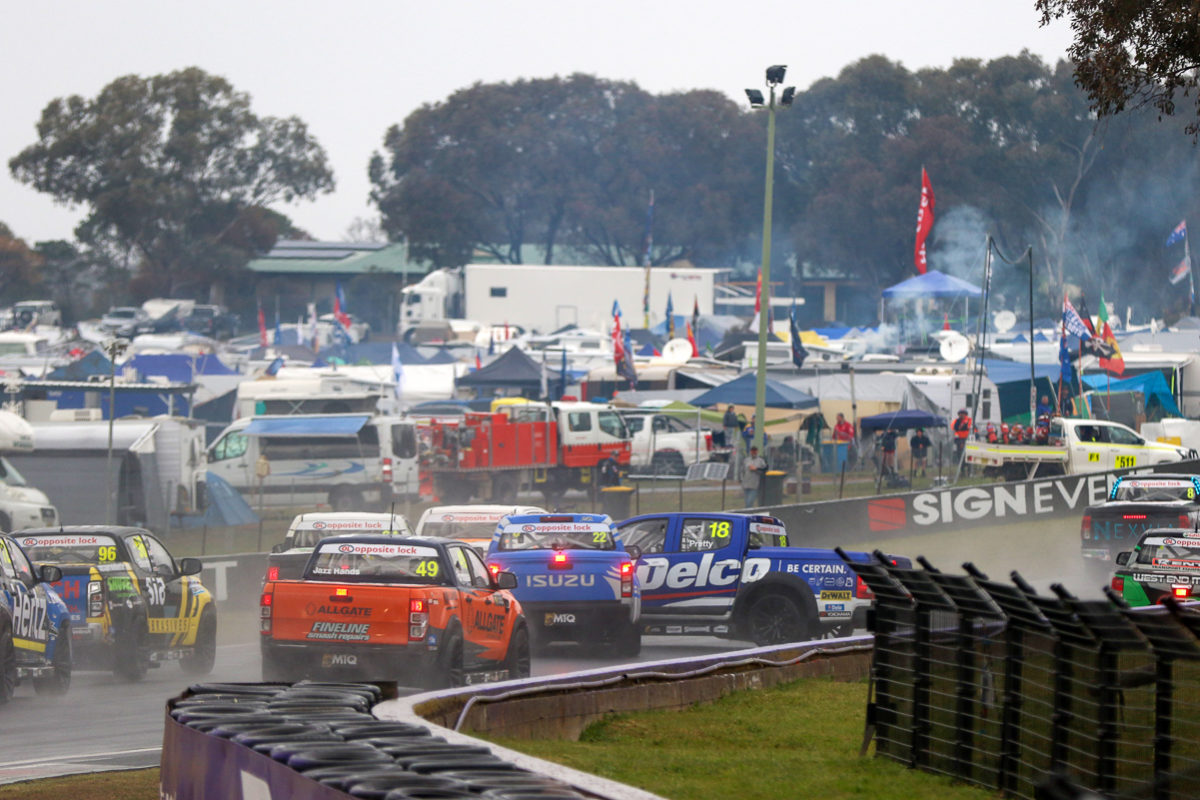