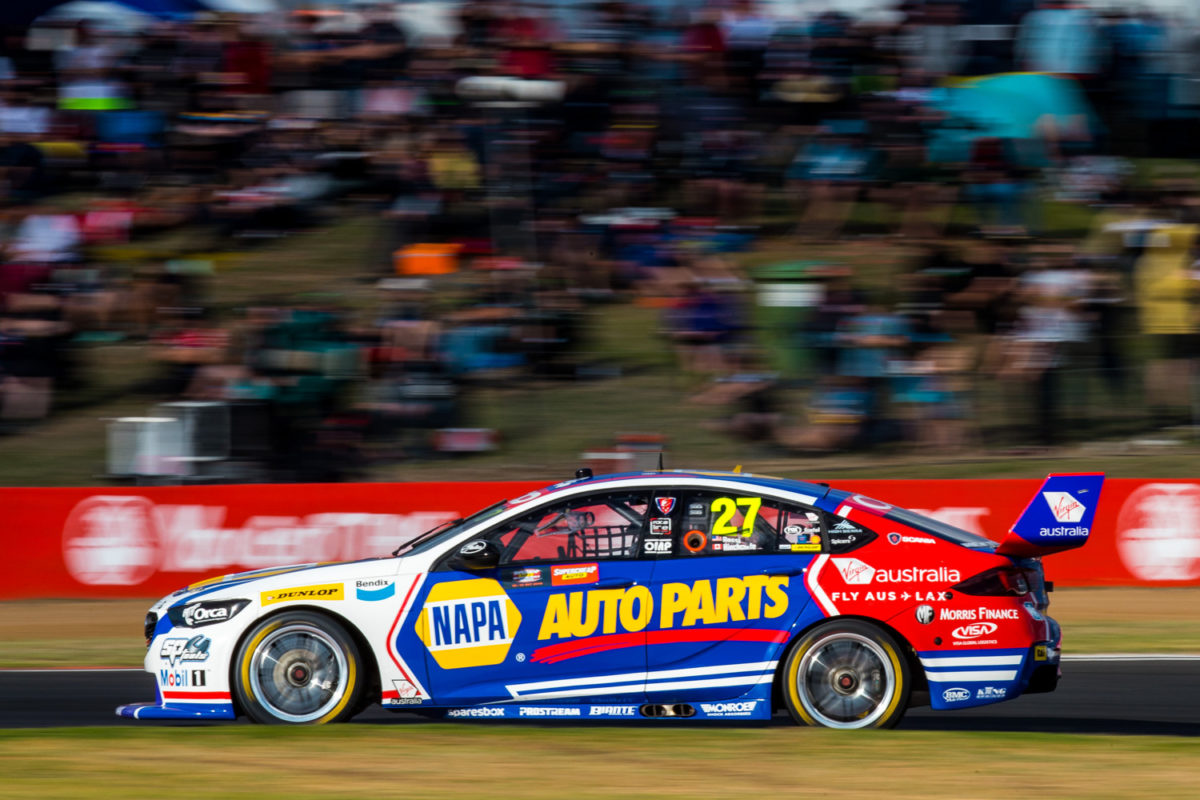 The Walkinshaw Andretti United wildcard pairing of Alexander Rossi and James Hinchcliffe are ‘not completely comfortable’ in their ZB Commodore after the opening day’s running at the Supercheap Auto Bathurst 1000.

Rossi then completed the final session, recording a best of 2:07.2281s, the squad’s fastest time of the day.

“What we keep reminding ourselves is not only is this a new track for us, but it’s a car that we’re not completely comfortable with either.

“We’re trying to figure out all of those things at once, around a place that doesn’t have a margin for error.

“It’s quite challenging but the team has been super helpful.

“James and I have both improved significantly each session and we’ll just have to keep chipping away at it tomorrow.”

Hinchcliffe, who raced a Supercar at the Gold Coast in 2012 alongside Michael Caruso in a GRM VE Commodore, was left impressed by the Mount Panorama circuit.

“I think both us of will have a lot to sleep on tonight,” said the Canadian.

“The cars are incredibly different from what we’re used to; the track is an immense challenge and trying to learn both things simultaneously is a big ask.

“The goal today was to get as many laps in as possible and learn as much as possible, and I think we did that,” he added.

“Everybody at Walkinshaw Andretti United did a great job getting Alex and I up to speed and as prepared as possible, but at the end of the day until you turn laps, it’s all just words and lines on paper.”

A handful of lockups and runs through the escape road at The Esses were the sum of the wildcard squad’s excursions in an otherwise clean day’s running at the mountain.

Fellow wildcard runners Jake and Brodie Kostecki sat out the final session of the day after contact with the wall in Practice 2, while David Reynolds and Luke Youlden look set to only return for Armor All Qualifying following Youlden’s similar incident earlier in the session.

The only other drama was for Macauley Jones, who backed it in at The Cutting during the opening session, though co-driver Dean Canto had the car back in action in Practice 3.

They’ll be back in action on Friday, with Hinchcliffe set to drive in the co-driver only Practice 4, which begins at 0825 local time/AEDT.