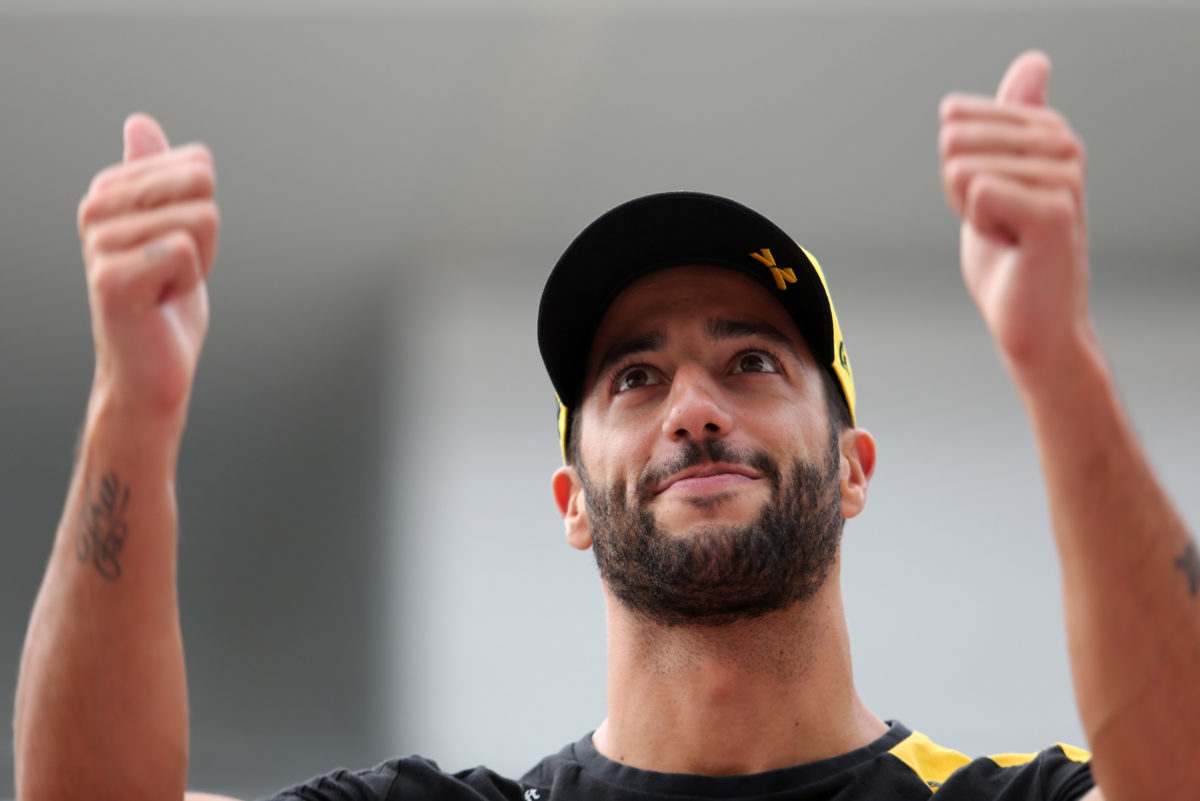 Daniel Ricciardo has reached a settlement in the dispute with his former manager Glenn Beavis.

Having represented Ricciardo since 2012, the pair parted ways at the beginning of this season.

Following the split, Beavis filed suit for outstanding debts, related to a 20 percent commission on the contract Ricciardo signed with Renault.

In Japan, the Australian revealed the dispute, worth more than $18 million (AUD), had been resolved.

“It’s all sorted and settled,” he asserted.

“I can’t go into details, but we both met and it’s been done, put to bed, and not in a bad way or anything like that.

“It actually ended a lot sweeter than it probably looked a few months ago.

“I think up until now it didn’t really weigh on me, but obviously if it continued and it goes another year, two years down the track — I don’t know how long these things can go — then for sure it would’ve eventually.

“It’s just been something which I didn’t need.

“Especially there’s so much now with the team — not only with me, but with the team — that I want to still improve and get right, and I think I just need everything focused on this.

“Even if sometimes you think something’s not distracting you, it could be, so I was happy to put it behind. It’s not something I guess we wanted. It’s not comfortable.”

Ricciardo is coming to the end of the first year of his two-year deal with Renault, worth more than $81 million over the term, as revealed by defence documents lodged to the court in relation to Beavis’ claim.

His best result to date of his first season with the Anglo-French squad is a fourth at the Italian Grand Prix.

The Japanese Grand Prix gets underway at Suzuka on Friday with opening practice at 1200 AEDT.