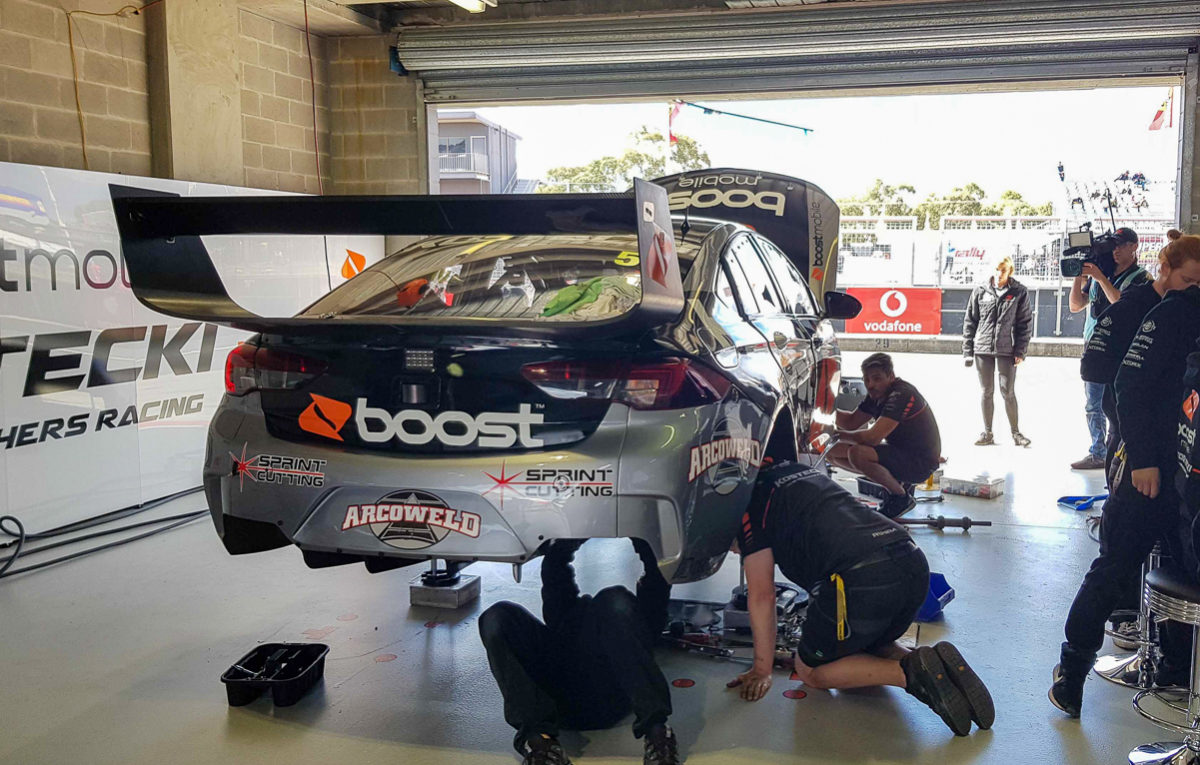 Finding the wall across the top of the Mountain, Kostecki ended Pratice 2 early with damage to the right-hand side of the team’s Boost Mobile-backed Commodore ZB.

While the damage proved to be nothing too serious, limited largely to bolt on components, the repairs will mean they’re forced to sit out the day’s final practice session.

“Unfortunately we’re going to miss the third practice session but the car will be 100 percent ready for tomorrow.

“We just want to make sure we go over everything with a fine-tooth comb and make sure there’s no mistakes for tomorrow.”

The team had most of the parts as spares, with the exception of a brake duct.

“We had all pretty much 95 percent of all the spares already in our truck, so we just had to go grab a brake duct from BJR.

“The boys will get everything fixed up tonight and make sure it’s all ready for tomorrow.”

Whlie missing Practice 3 is a blow to the squad, Kostecki believes the lack of practice afforded in Super2 means it’s somewhat less of an issue as it might have been.

“Obviously it is a bit of a dent in our program so we’re going to miss this practice session coming up, but luckily in Super2 we don’t get much practice time so we’re quite used to it,” Kostecki said.

“We’ll just have to adjust to what we’re dealing with and go from there.

“I think the track is building, and track evolution is so big here because it never gets raced on, so I think tomorrow will be more important than today,” he added.

“So I think that session leading up to qualifying is going to be really important to us, and we’ll make sure that we have a good qualifying car as well as a good race car.”

Practice 3 begun at 1600 local time on Thursday, the same time as qualifying is scheduled to take place on Friday.

Two further practice sessions follow on Friday morning ahead of qualifying, the first at 0825 AEDT tomorrow.