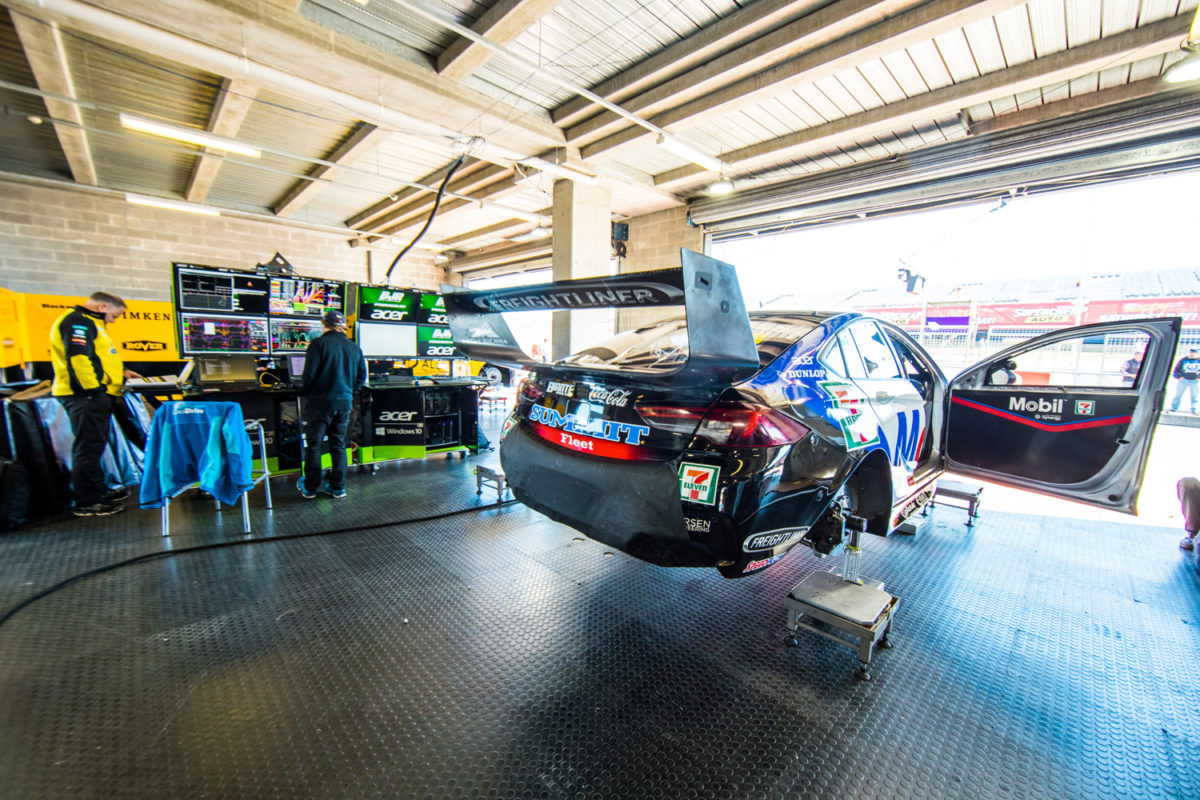 Overtaking is going to be a ‘real problem’ during the Supercheap Auto Bathurst 1000 due to the amount of downforce created by the current Supercars, according to Rick Kelly.

The influence of aerodynamics in Supercars has gradually increased with the subject coming under particular scrutiny this season courtesy of a parity debate that has prompted several in-season aero changes across the models.

Aero packages have been altered on the Ford, Holden and Nissan, with the Commodore given a tweak prior to Pukekohe last month, while Supercars mandated changes to the Altima ahead of this weekend.

Concerns over the impact of aero have been raised this year with Supercars responding by reducing the amount of downforce produced by the cars for next season.

However, looking ahead to Sunday’s race, Kelly has fears over how the latest specification cars will be able to follow each other around the 6.2km Mount Panorama circuit.

“I think the race, with the amount of downforce the cars have got now, passing is going to be a real problem,” Kelly told Speedcafe.com.

“So we’re going to have to make sure that we’ve got our car set in race trim really well. I think there’s a decent difference at this track between how you run your car in qualifying for an outright lap compared to how you run it in the race to be able to race people.

“In particular, you want to be getting out of the Elbow really well and have a pretty low drag set up to get down the straight, being able to attack people, and have them not really able to attack you.

“I don’t think it’s just about being on the lead lap in that last couple of stints.

“It’s about being out in the front because if you’re up the back, unless you’ve got a significant car advantage, you won’t be able to just pluck them off and drive your way to the front.”

“I think (strategy will be more important).

“From half race on, you’re going to start to need to be towards the front.

“Like I say, unless you got a car advantage where you can just pass people up the straight into corners, and move your way up there, you’re going to need to work your way to the front in the mid part of the race, so that you’re already there towards the end to have a shot.”

The view is echoed by Penrite Racing’s David Reynolds, who is a big advocate of Supercars’ plans to reduce downforce next season.

“That’s been the complaint of all the drivers the last couple of years; the cars have become too easy to drive,” said Reynolds.

“You can’t follow as closely as you used to be able because there’s too much aero involved and when you get behind the car you lose all your aero.

“You can’t get a run on someone like you could back when I started in Supercars.

“The cars are too easy to drive now; no one makes mistakes, the tyres don’t wear out as much, it’s all… It’s not conducive to good racing, I think.”

The Bathurst 1000 kicks off today with opening practice scheduled for 0955 AEDT.