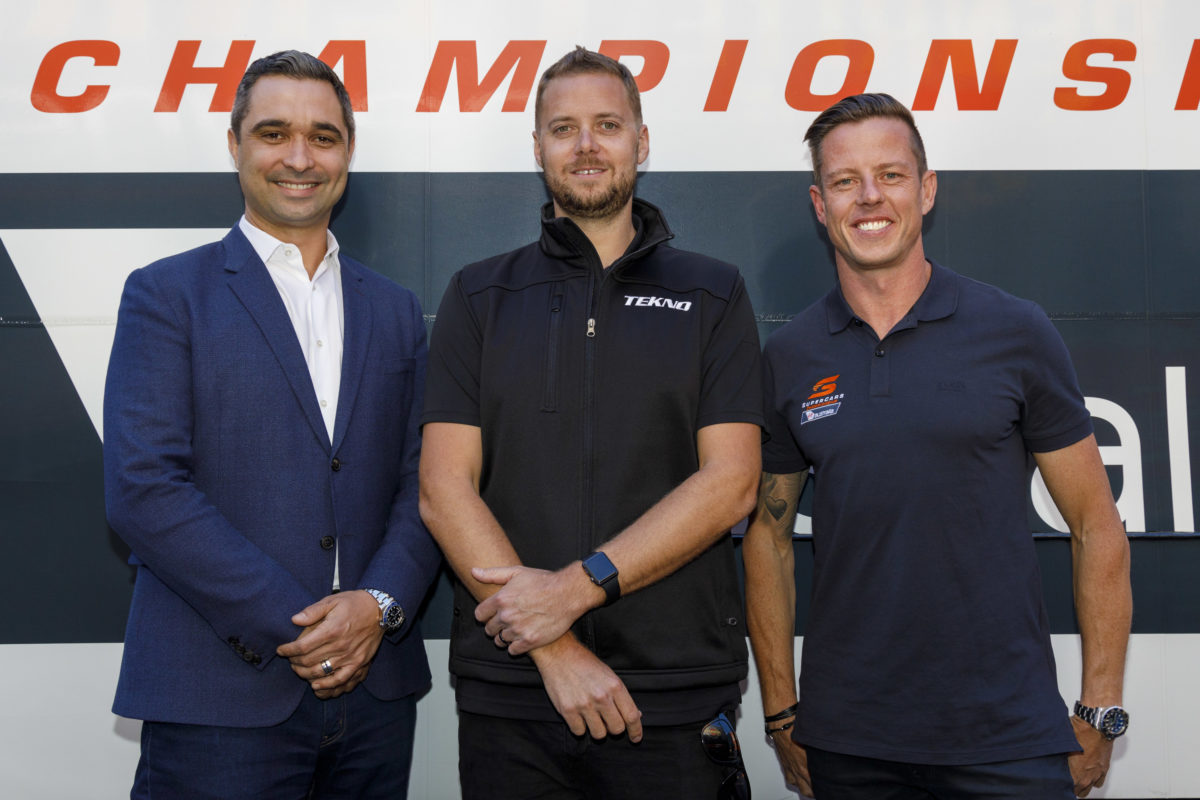 Tekno Autosports boss Jonathon Webb has labelled the prospect of forming a new two-car team in Sydney as a ‘huge’ project but one he is relishing.

As confirmed today, the Queensland outfit will relocate to Sydney next year as part of a new entity to be spearheaded by Penrith-born James Courtney, who will leave Walkinshaw Andretti United at the end of the season.

Tekno Autosports has been operating as a one car team since 2014, and in 2017 moved into state-of-the-art 4,500sqm premises in Yatala, south of Brisbane.

The squad will move to a brand new workshop in Sydney next year before eventually moving to a yet-to-be constructed facility located at Sydney Motorsport Park as part of a $33 million investment from the NSW Government.

It is understood Tekno will be absorbed into a new franchise with GT racer and Sydney businessman Rod Salmon believed to be in the frame to purchase the second REC.

“Our collective aim is to position the team as a key component in the strategy of creating a Sydney Motorsport hub, and it was important for us to embrace that right from the start,” said Webb.

“It’s been a massive amount of work go into it, Sean and NSW Government and everyone else that’s help it come together, but we’re here now.

“I’m a Sydney boy, I spent 20 years of my life there before I got dragged up to Queensland. Can’t wait to get back.

“We completed our 4,500sqm Queensland facility in August 2017, however we believe enough in the opportunity a Sydney base presents that we’ll be there from day one,” he added.

“(It’s a) huge project. Obviously as Sean said, big project for the government, plenty of opportunities for the circuit, the lights, and now for us to build a race team there, a destination there, hopefully what’s an amazing facility.

“Two cars, Triple Eight built supported vehicles like Tekno’s had for many, many years. James has won in their equipment before, and a championship back in 2010, so it would be awesome to get back there with what we know is tried and true.”

The squad is yet to confirm the identity of its second driver although several young guns have been linked to seat including Jack Smith.

Webb says there are plenty of options with the successful candidate to be revealed in the coming weeks.

“(We’ve) got a little bit of work to do but there’s plenty of people kicking around, there’s a few young guys that would be great to work with,” Webb added.

“A couple of young guys would be great to try and bring into the sport.

“There’s a couple of opportunities there. Definitely having James (Courtney) onboard as our primary driver gives us some strength and credibility.”

Tekno will now focus on this weekend’s Supercheap Auto Bathurst 1000 where it will field and entry for Jack Le Brocq and Webb.