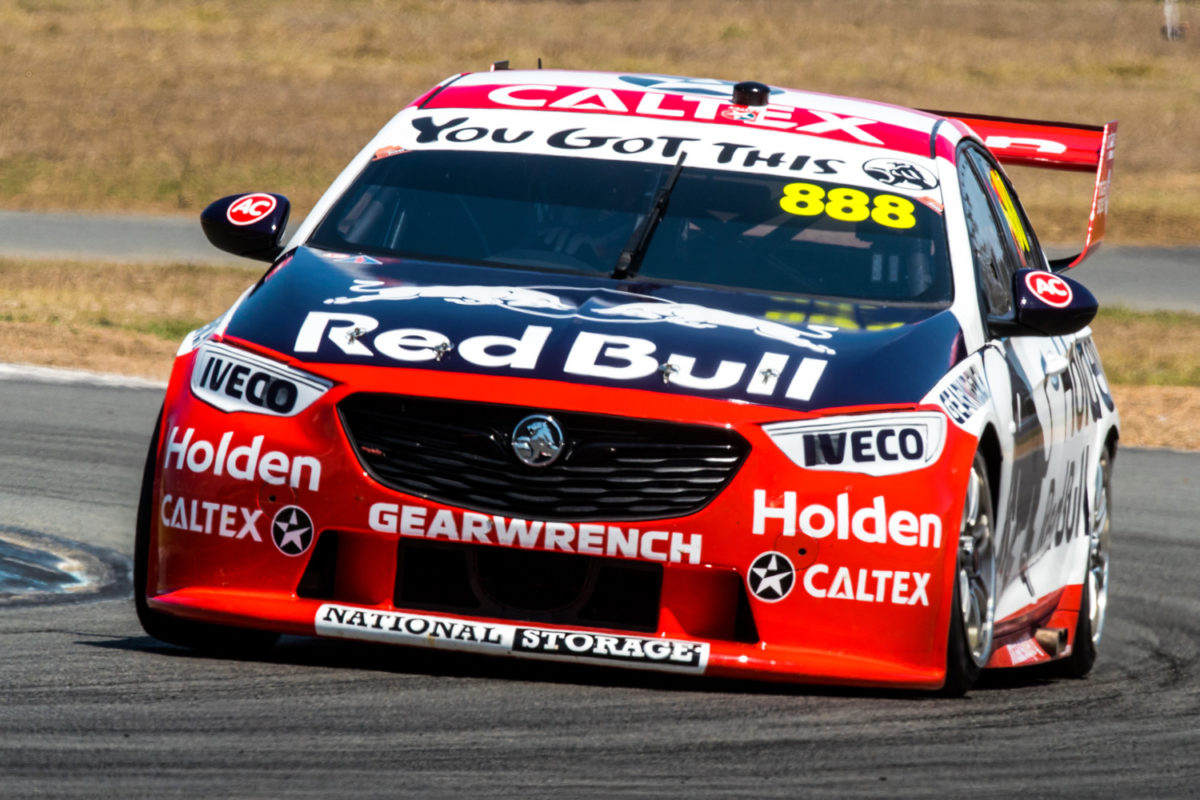 Russell Ingall is tipping Holden to show their potential at Bathurst

Holden teams are yet to show the full potential of recent aero changes with this weekend’s Supercheap Auto Bathurst 1000 set to highlight the gains, according to Russell Ingall.

A recent raft of in-season aero changes have proven a hot topic among the paddock and fans with Supercars confirming a second in-season tweak to the ZB Commodores, featuring a full length Gurney flap on the rear wing, last month.

The changes have cast plenty of unknowns regarding just how the Holdens and Nissans will fare at this weekend’s Great Race.

After a stronger showing at Pukekohe particularly from Triple Eight, which yielded two pole positions and a win, Ingall believes the full realisation of the changes will be felt at Bathurst.

“Look, championship’s gone, so if you were going to quietly beaver away in the background to get your upgrades, this is what they’re aiming at.

“And there’s no doubt about it, from what I see they’ve played a pretty good game to make sure ‘let’s forget the championship, let’s concentrate on Bathurst’ and make sure we’ve got the right upgrades for Bathurst that’s going to give us a pretty good chance.

“I don’t think they’ve shown their hand yet. I think they’re going to show their hand here for sure because everything they’ve been aiming for, you look at it, all the aero on the rear and everything that’s been changed on that Commodore is for here.

The Braeside squad’s cars will run an outboard extension to the boot lid in addition to an extended Gurney flap across the boot area.

“Nissan is going to be a big question mark because obviously they come here with another tweak again. But don’t discount them as well, especially if the weather turns a bit average,” he added.

“I think probably the only thing that may hinder them is their co-drivers as far as experience goes.

“Apart from that, all of a sudden if that aero tweak sparks the thing up, they could be half a chance.”

The Bathurst 1000 kicks off on Thursday with opening practice at 0955 AEDT.