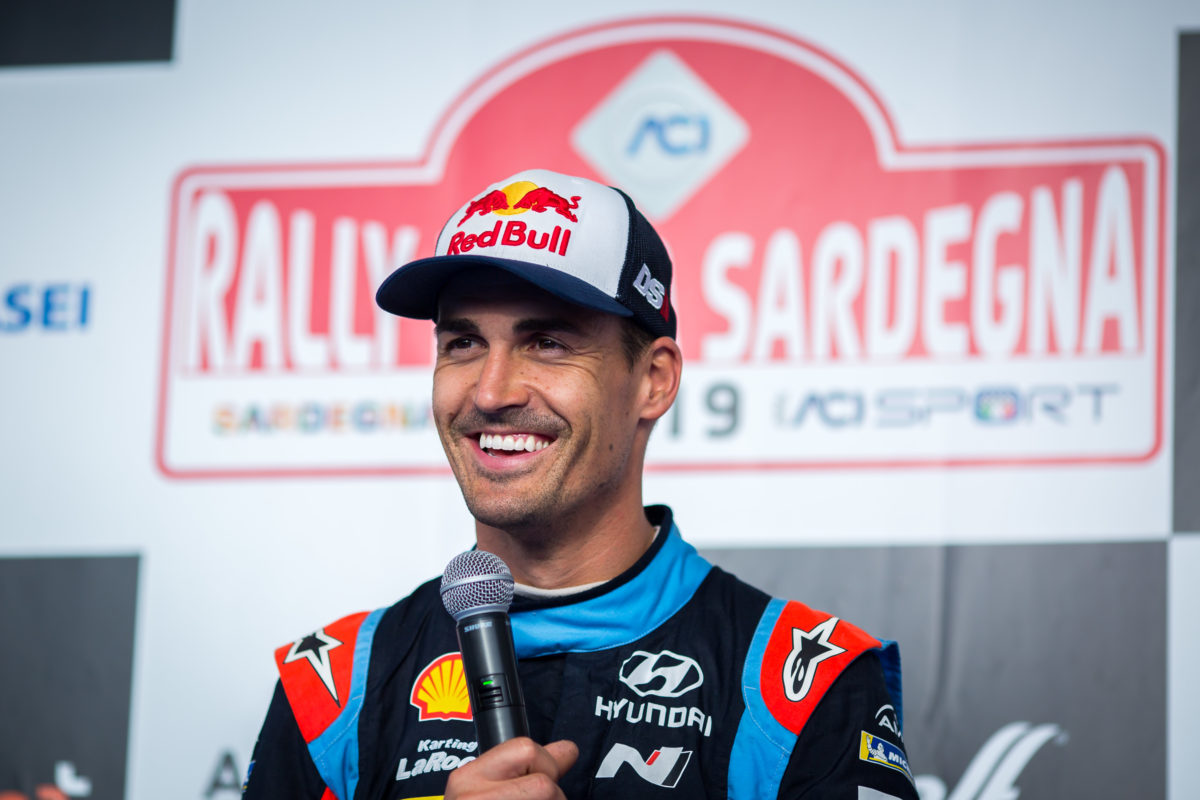 Dani Sordo will remain with Hyundai Motorsport for another part-time campaign in next year’s FIA World Rally Championship.

The new agreement will take the Spaniard to a seventh season with Hyundai, and comes after he took his first win for the marque in June’s Rally Italia Sardegna.

Sordo has been part-time for Hyundai since the end of 2017, and one of four drivers used across two of its three entries this season, while Thierry Neuville has been full-time.

“I am delighted to continue with Hyundai Motorsport for a seventh consecutive season,” said Sordo, whose co-driver Carlos del Barrio has also been re-signed.

“The team has truly become like a family to me, and we have shared some fantastic moments together.

“The highlight has to be the victory in Sardinia this year, but we have had many competitive rallies over the years, including the memorable one-two in Germany in our first season.

“I feel very happy and comfortable with the team, but just as importantly I feel as competitive as ever.

“The Hyundai i20 Coupe WRC is a strong car on all surfaces, and – alongside Carlos – I have had strong pace in many events this year, even if the results haven’t always gone our way.

“We have a lot of ambition remaining, and I am pleased to have the opportunity to compete in seven WRC rallies with the team in 2020.”

Team Director Andrea Adamo added, “Dani has shown this season that he remains one of the most versatile and competitive drivers in the WRC.

“His win in Sardinia was an exceptional performance but he has shown his pace and potential in most of the rallies he has joined.

“For that reason, it was a logical decision for him to continue with our team for another year.”

Of Hyundai’s other drivers, Neuville is in the first year of a three-year contract and Loeb is also signed for a part-time season of his own in 2020.

Sordo is scheduled to contest the next WRC round, Rally de España, on October 25-27.