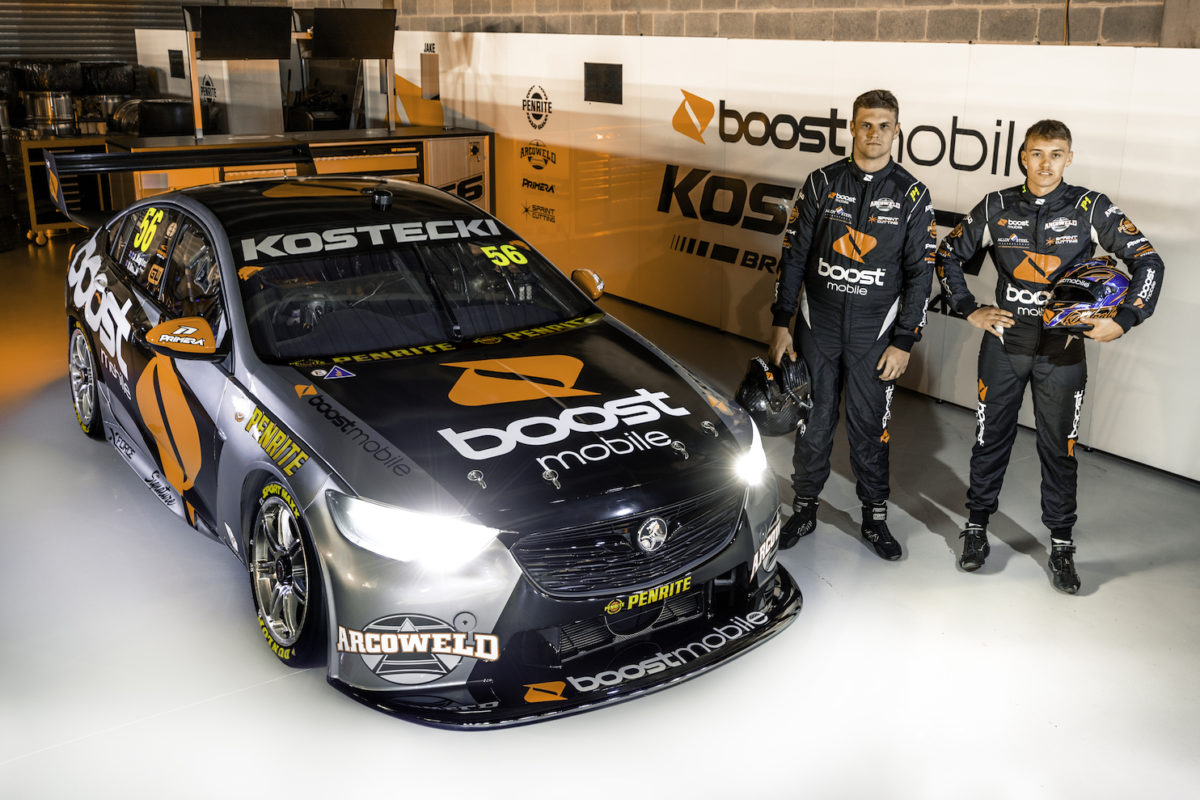 The Super2 squad is making its Great Race debut with a wildcard entry for cousins Brodie (21) and Jake Kostecki (19), the youngest driver line-up in the 26 car field.

Boost Mobile has backed the ZB Commodore which has been painstakingly constructed by the small family owned Queensland team from a Triple Eight built VF Commodore previously campaigned in Super2.

The telco is also providing naming rights backing to the pair of Garry Rogers Motorsport entries.

“Being one of the youngest guys in the field doesn’t bother me,” said Jake.

“We’ve been preparing hard all year for this opportunity, training hard, working on the car ourselves, testing, so I feel more prepared and in tune with this car than I have for any other race in my career.

“Brodie, I and my brother Kurt have been putting in huge hours to bring this little team to the mountain and now it’s time to strap the helmet on and give it a red hot go on Sunday.”

Brodie Kostecki, who sacrificed his own Super2 campaign to make the enduro wildcard program possible, cannot wait to hit the track.

“We’ve all made sacrifices to get on the grid at Bathurst this year and for me that meant stepping out of the race seat in the Super2 series and focus our efforts on building the Boost Mobile Supercar, and being 100 percent prepared for the biggest race of our lives,” said Brodie.

“I’ve learnt so much along the journey so far and I can’t wait to get behind the wheel and live out a life long dream of competing in the greatest motorsport race on the planet.

“We’re under no illusions that this will be the toughest test of our careers and finishing the 1000km race is our goal, and we’re so grateful to have the support of our family, friends, sponsors and of course Boost Mobile for helping us realise our dream. Now it’s time to dance.”

The car will hit the track for the first time when practice begins on Thursday at 0955 AEDT.