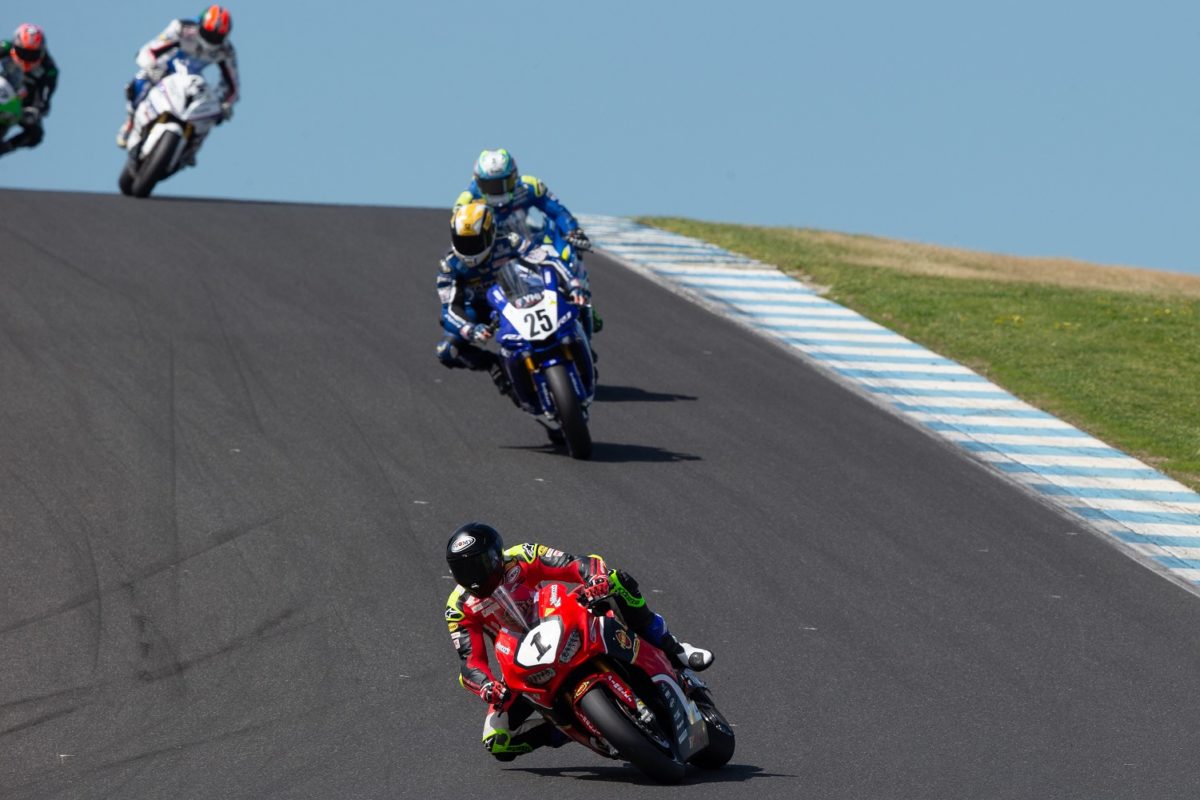 Victory for Troy Herfoss and a crash for Mike Jones at Phillip Island means that 4.5 points covers the top three with one round remaining in ASBK in 2019.

Jones took a fourth straight pole on his Desmosport Ducati but it was Wayne Maxwell who officially led every lap of Race 1 on his Suzuki.

Herfoss (Honda) made a small impression on Jones’ pre-round championship lead by passing him on the final lap and they finished second and third respectively.

In Race 2, Herfoss prevailed over Maxwell in a thrilling finish that saw them exchange top spot multiple times on the final lap.

Jones crashed out while battling for the lead with Maxwell on Lap 7.

Waters took third in that encounter, ahead of Daniel Falzon (Yamaha) and Matt Walters (Kawasaki).

The championship now reads Herfoss on 241 points, Maxwell on 238, and Jones on 236.5, ahead of the seventh and final round at Sydney Motorsport Park on November 1-3.