Perkins opens up on why Bathurst meant everything

Perkins opens up on why Bathurst meant everything 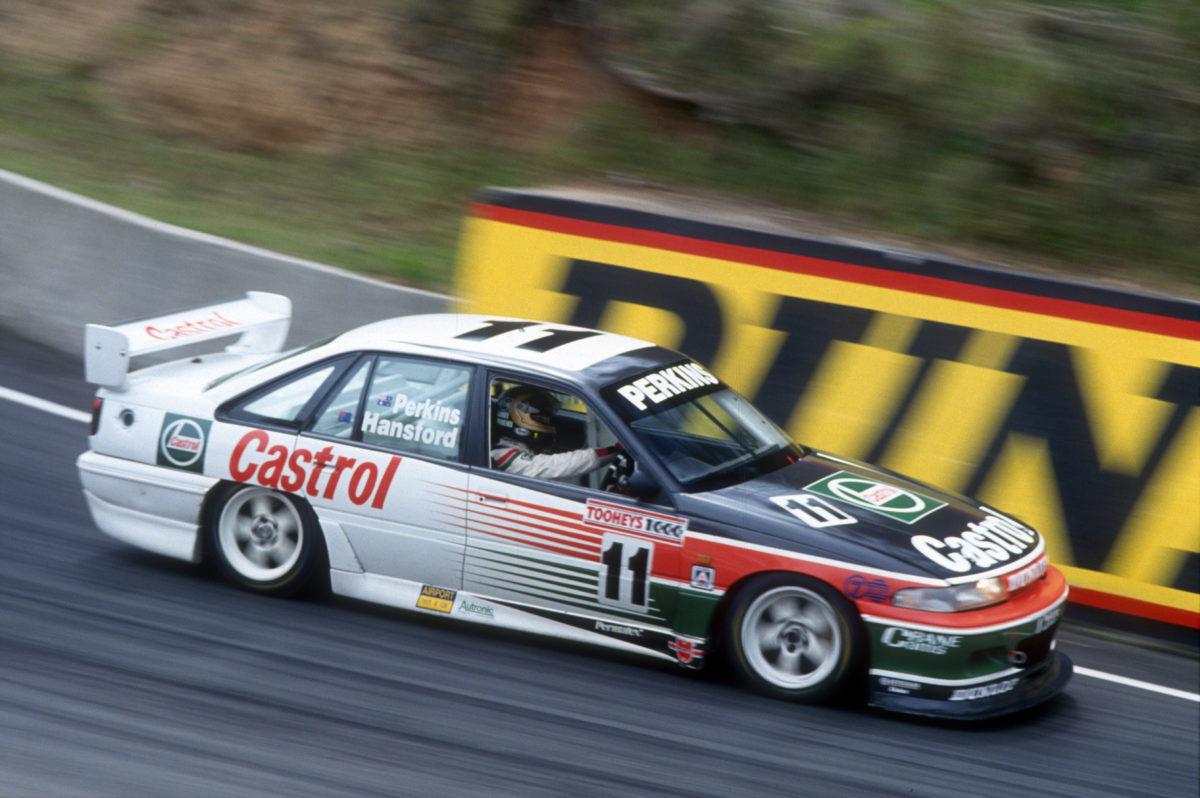 Larry Perkins has opened up on why he placed the Bathurst 1000 far and above the Australian Touring Car Championship.

Perkins famously prioritised the Great Race in his time as a driver and team owner, winning it six times including the last-to-first in 1995.

Speaking in the pre-Supercheap Auto Bathurst 1000 edition of Enforcer & The Dude, he put that emphasis down to the character of Mount Panorama itself, which he says is comparable to the great circuits in the world.

“I think the challenge of a thousand kays, on a proper track – not a mickey mouse track – it’s Australia’s only real track,” responded Perkins when asked why the Bathurst 1000 was so important to him.

“We had one, we still have it, it’s called Bathurst, and the sheer pleasure when you’re a race driver to go over the top of that mountain at 220 kay, and you can see down (the side of the hill) it’s about 600-foot, that’s fantastic.

“Don’t forget it’s always had TV at Bathurst, so TV has lifted the (profile) and the fan base has come along with it.

“So it’s on the world stage, you can be sitting in Europe and you’ll hear about Bathurst like it’s the big apple, it’s the real deal, and that’s why I focused on it.

“I remember racing (for) years with you,” he continued, addressing host Russell Ingall.

“So I had zero interest in it (the championship)… I mean, on the day, I’d try to win races, but Bathurst I had to win.”

“I was great, in my mind… I wanted to engineer and contribute with my engineering to my car, and then see if I could match it with my driving. It’s sort of the way I just looked at it.”

Larry Perkins’ son, Jack, will line up for his 14th Bathurst 1000 as a co-driver to James Courtney at Walkinshaw Andretti United, with practice to begin on Thursday at 0955 local time/AEDT.