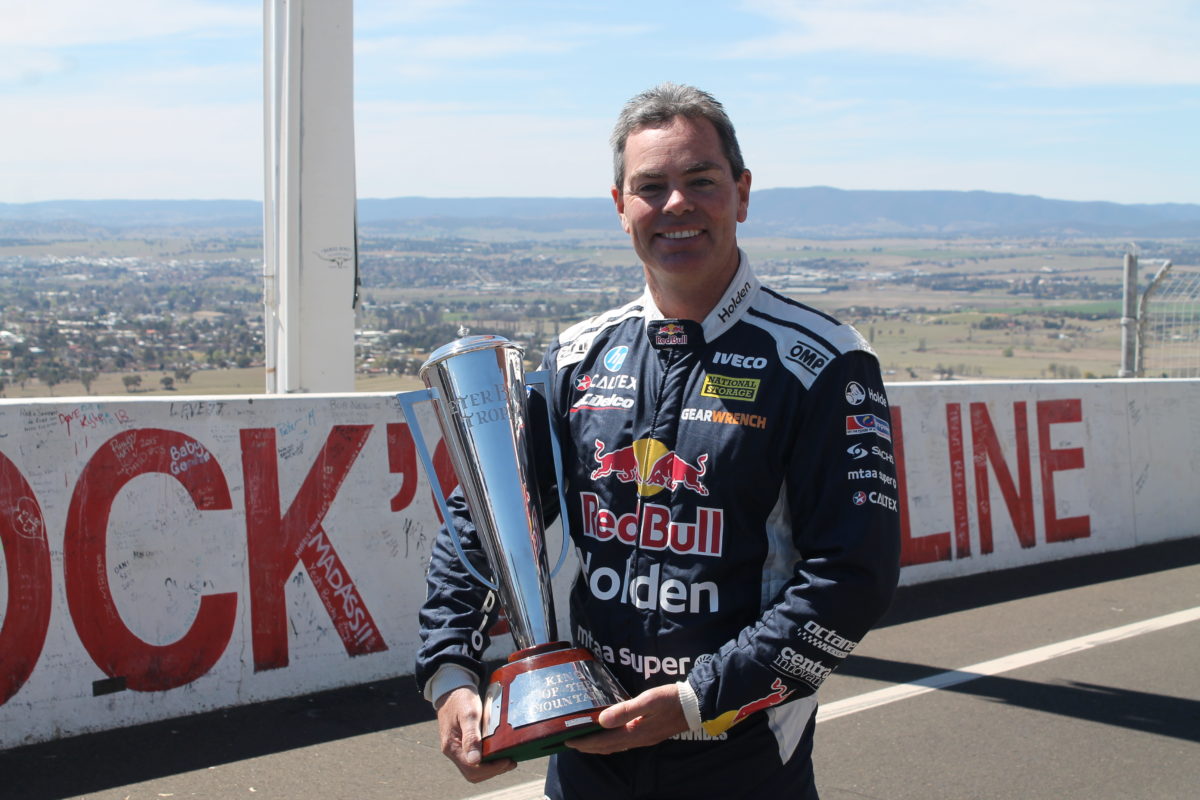 Craig Lowndes will emulate the approach taken by Mark Skaife when the pair teamed up for the Supercheap Bathurst 1000 during next weekend’s event.

Lowndes will join Jamie Whincup at the wheel of the #888 Red Bull Holden Racing Team Commodore for what will be his first appearance at the Mountain as an entry’s clear secondary driver since arguably 1997.

Together, the pair have already banked three wins in the Great Race, but with Lowndes set to play a supporting role he is focusing his efforts on race set-up.

It’s an approach taken by Skaife when he drove alongside Lowndes at Triple Eight almost a decade ago, and one the 45-year-old believes will net results.

“For me, I’m not going to be qualifying the car so really that’s an area where Jamie can focus on,” Lowndes said when asked by Speedcafe.com about his focus on race set-up.

“I’m really just going to focus on a race car and making sure that it’s nice to drive.

“We finally broke Murph’s (Greg Murphy’s) lap record when Skaife and I drove together and we did exactly the same method; he worked on a race car, but then as we made the car better as a race car it improved also the qualifying (car). I feel it’s going to be the same way.”

As preparations for next weekend’s event ramp up, Lowndes spent Monday aboard aboard the ZB Commodore he’ll share with Whincup.

It’s served only to increase the excitement, which the seven time Bathurst 1000 winner says is even greater now he’s no longer in a full-time drive.

“It doesn’t feel any different to what I imagined it would be at the start of the year when I knew that I was going to be driving with Jamie,” he explained.

“For me it’s more exciting, to be honest, getting closer to it. It’s that time of year again and I love it.

“I’m really looking forward to getting down there and having a good look at the track.

“I had a quick look last week with Richo (Steven Richards) but to spend some time there and actually do some laps, I’m really looking forward to my role.

“As a co-driver it’s really important that we don’t make any mistakes.

“We’re not in the car full time but from what I remember the car being last year when I was full time in it, the ergonomics and all the instruments haven’t changed.”

Practice for the 2019 Bathurst 1000 gets underway with three 60-minute practice sessions next Thursday, October 10, the second of which is dedicated to co-drivers.