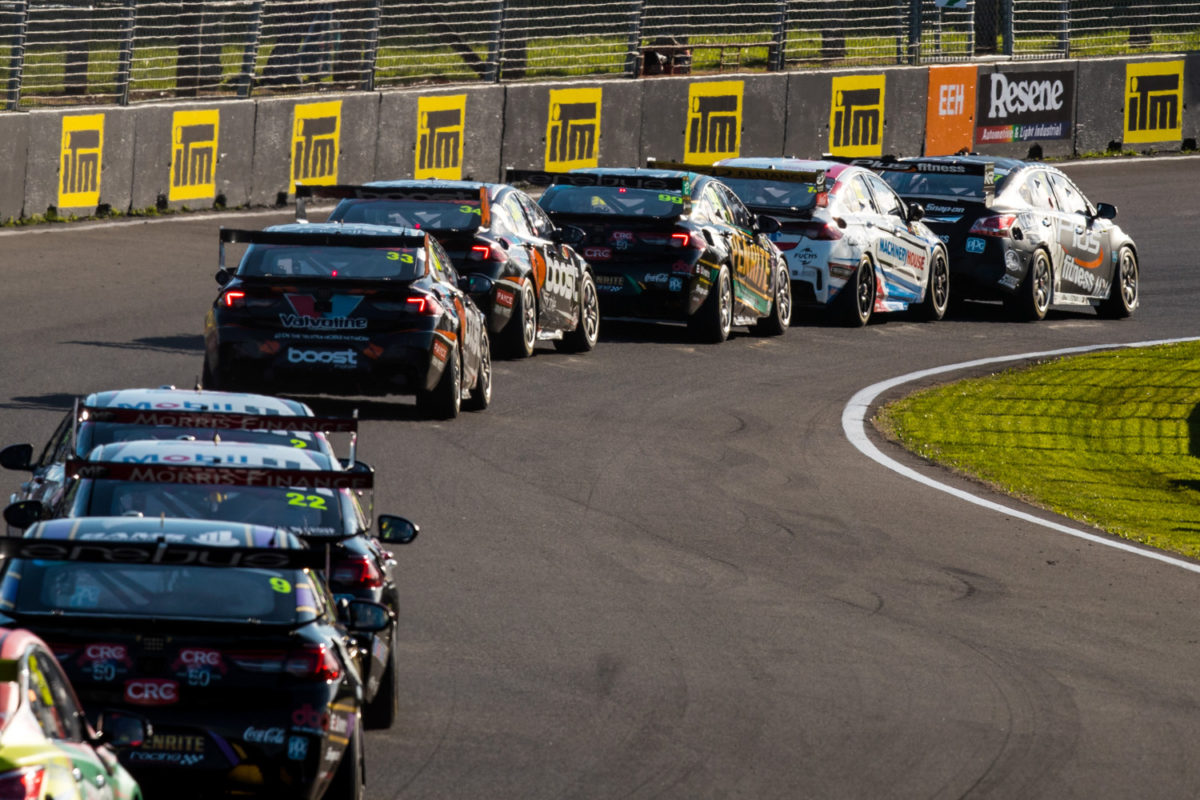 The Supercars grid is not expected to grow for 2020

Supercars CEO Sean Seamer insists there is positive talk around entries for next year’s championship but does not necessarily expect the field to grow from its current 24 cars.

The number of full-season Virgin Australia Supercars Championship entries fell from 26 last year to 24 this year as Triple Eight Race Engineering and Tickford Racing each handed back a Racing Entitlements Contract.

Kelly Racing has indicated that it would likely scale back from four cars to two if it switches from Nissan Altimas to Ford Mustangs next year, while Garry Rogers Motorsport is preparing for the possibility of losing naming rights sponsor Boost Mobile.

However, Team 18 is looking at expanding to two cars, Team Kiwi Racing is hopeful of perhaps even competing full-time next year despite calling off its Supercheap Auto Bathurst 1000 wildcard plan, and Kostecki Brothers Racing has shown some interest in stepping up from the Dunlop Super2 Series.

“It’s really positive,” Seamer told selected media regarding his expectations of entries for 2020.

“There’s certainly a lot more discussion around contracts and entries for next year at this time this year than there was last year, but until the entries are in, you never know. That’s motorsport.”

He did admit, however, that he is not currently expecting the field to expand in net terms.

“I don’t think at this point in time that there’s any interest to go above where we’re at now, but I can’t speculate on where things are going to land. I’d be guessing,” he added.

The mooted Sydney team, however, will have to wait until at least 2021.

There has been hope that a team would move to or establish itself in the harbour city, where Supercars Championship entry has not been based since 2004, in conjunction with construction of a new centre of excellence at Sydney Motorsport Park.

Seamer, who advised that Supercars would not be providing “any financial assistance” to the team, says that the construction timeline precludes a team from using the new facilities to race next year.

“There are active discussions around a team in Sydney for 2021,” he confirmed.

“The facilities won’t be built in time to base something out of Sydney Motorsport Park the next year. The construction just won’t be done.”

Nevertheless, the changes which Supercars has made to the calendar and technical specifications are said to have encouraged existing and potential new teams to enter next year’s championship.

There will be 14 race events in 2020, one down on this year, and there will be at least three weeks from the start of one event to the start of the next, except for the turnaround between the final two of the season.

New engine regulations should alone save $40,000 to $50,000 per car, and while Seamer could not put a firm figure on the totality of savings due to the variance in teams’ business models, he did claim that it is “well into six figures per car.”

“I think that a lot of what we’ve done in saving costs also has the benefit of levelling the playing field,” noted Seamer.

“We saw that a bit with the linear spring this year, I think we’ll see that with plenty of green tyres available next year. If we go to a control damper package, we’ll see that as well.

“All of these things save costs, reduce the gap between the cars in pit lane, and that makes it much more attractive for someone that’s looking to come in.

There are set to be 26 cars on the grid for next week’s Supercheap Auto Bathurst 1000 with the addition of wildcard entries from Kostecki Brothers Racing and Walkinshaw Andretti United, although the latter was forced to cancel a planned third day of testing after Alexander Rossi crashed at Winton on Wednesday.