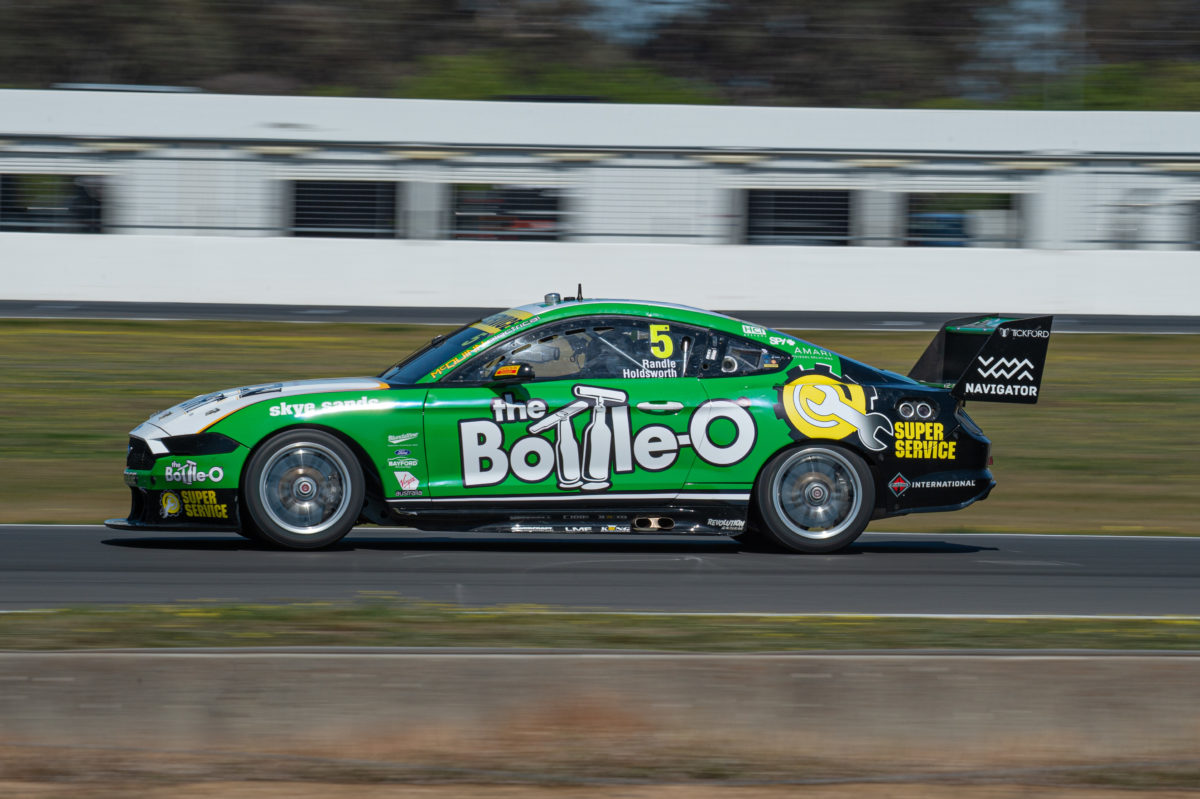 Tickford Racing is targeting a podium at Bathurst

Tickford Racing heads to the Supercheap Bathurst 1000 with an eye firmly fixed on a podium result for at least one of its four cars.

The rejuvenated squad has become a mainstay at the front of the Supercars field in 2019, bouncing back from a tough send-off with the Falcon last year.

“I think we’re genuinely going there with four cars, so we’ve got a good chance of being on the podium,” Edwards told Speedcafe.com.

“That’s what we’re going there for.

“We’ve been a competitive team for over a decade, it’s where we expect to be,” he added.

“Last year was a bit of a blip on the radar for us, but even with that blip we still managed to finish third (in the teams’ championship).

“Our own expectations are to be competitive race in, race out.”

The team spent Tuesday testing at Winton, where it focused on the specifics required for endurance racing, including brake and driver changes.

But while confident in both the car and his drivers, Edwards concedes Bathurst is something of a step into the unknown.

“The ZB’s (Commodore) certainly got a straight line drag advantage over the Mustang, so we don’t know how that will translate at the mountain because they’re all about the straights, but certainly it’s an influencing factor,” he suggested.

“They obviously got a new aero package that they’re all trying to get their heads around from Pukekohe.

“There’s no long straights at Puke to understand, ‘Well, where is their drag at with the new aero package?’ We don’t really know.

“They’ll have a bit of an idea, but they don’t really know until they get on those long straights of Bathurst.”

The team heads into the Bathurst weekend with all four of its regular drivers in form, with the team having netted a combined 20 podiums thus far in 2019.

The team’s only race winner this year, Chaz Mostert, will again be joined by James Moffat while Holdsworth welcomes Thomas Randle into the fold for his maiden Bathurst 1000 appearance.

Alongside Cam Waters is Michael Caruso, while 23Red Racing’s Will Davison is partnered by his brother, Alex.

“I think we’ve got four cars with great pairings, a lot of experience there,” Edwards said.

“In particular, Lee and Thomas; Thomas proved to a lot of people what he could do at Tailem Bend and Lee’s just been getting stronger and stronger all year.

“The relationship between him and Sam (Scaffidi, engineer) has just been getting better all the time.

“(It) Took a bit of understanding our car and the way our team works. Once you kind of overcome that, building that relationship with these engineers so that Scott’s got the ability to understand exactly what Lee’s saying…

“That dialog goes on between a race engineer and a driver, takes a long time to really form,” Edwards continued.

“You see great partnerships build over time between race engineer and driver.

“Certainly Pukekohe was the next step, but I think he’s been building to that over the last three or four months.”

Practice for the Bathurst 1000 begins on Thursday, October 10, with three 60 minute practice sessions.