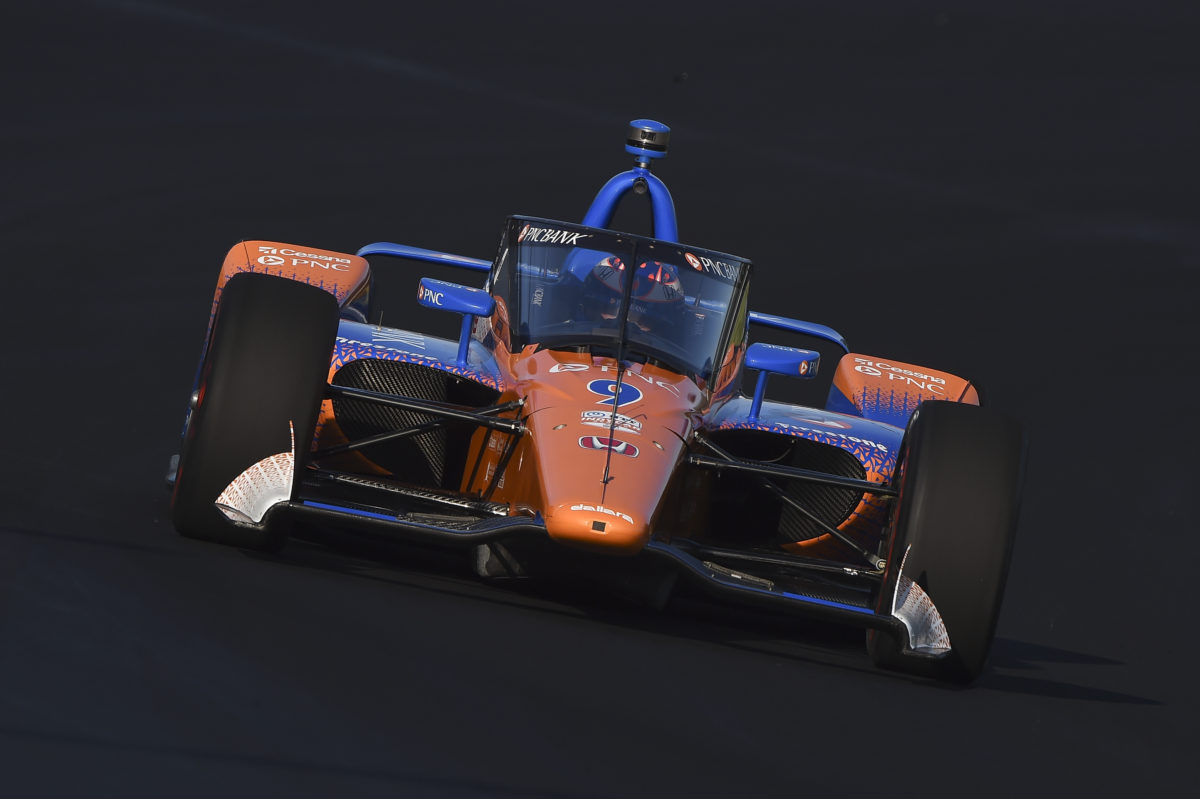 IndyCar has declared an on-track test of its new-for-2020 aeroscreen a success after a day spent running at Indianapolis.

Scott Dixon and Will Power completed more than 250 laps between them as they assessed the Red Bull Advanced Technologies developed screen.

Set to be introduced into the category next season, the aeroscreen is IndyCar’s answer to the halo.

It’s designed to minimise the risk of debris striking the driver, and withstanding loads of 150 kilonewtons (15 tons).

“I’m so impressed with how quickly all this came together,” Power said.

“To have the first run in and really no major issues … it’s just little things that need to be worked on.

“I’m so happy that we have it. It’s really a huge step in safety, and I think it’s the best of both worlds.

“You’ve got the halo and you’ve got a screen, so I think that you’ll see other open-wheel categories follow suit.

“When you’ve driven it for a day, you’re going to feel naked without it.”

The screen mounts to the tub in much the same way as the halo, with titanium fixings at the front of the cockpit and both sides.

It differs, however, with its integration into the roll hoop, while the screen portion of the design is made with anti-reflective material on the inside and has an anti-fogging device through an integral heating element.

“It’s been an intense project and one that I think a lot of people have done their due diligence on to get it to this point,” Dixon said.

“Today’s been pretty much seamless.

“There’s actually a lot less load on the helmet. Visually, there’s been no (issue).

“Some of the areas with tear-offs and where they seam in the middle will be sort of fixed down the road to make it better.”

Testing will continue at Barber Motorsports Park (road course), Richmond (short oval), and Sebring (street circuit analogue), with devices to be delivered to teams ahead of Christmas.