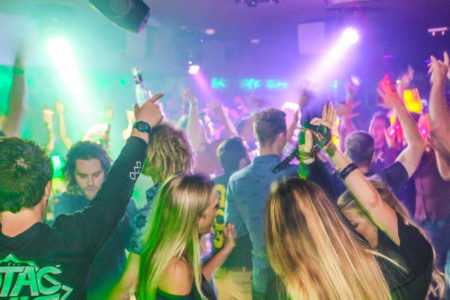 Speedcafe.com will celebrate its 10th birthday with its biggest Greenroom after-party at one of the Gold Coast’s most iconic party venues, Melbas on the Park, on Sunday, October 27.

Each year Speedcafe.com hosts Greenroom after-parties in Townsville and the Gold Coast which attract the who’s who of Australian motorsport.

Entry for the night, which is expected to be a sell out, is just $20 and can be purchased in advance here.

Speedcafe.com was officially launched on Thursday, October 21, 2009 with less than 1000 pageviews on the opening day.

Having been continually developed year on year, it is now regarded as the leading independent motorsport news site in the world.

It is also now ranked inside the top 1,000 of all websites in Australia.

Speedcafe.com founder and owner, Brett ‘Crusher’ Murray, said the 10th anniversary milestone is a major one for everyone that has been involved with the site during the last decade.

“It is hard to believe that we have been operating for 10 years,” said Murray.

“I could not be more proud of everyone who has played a role in making Speedcafe.com one of the most respected news authorities in world motorsport.

“The Greenroom events are the most talked about social events in Australian motorsport each year and our 10th anniversary party will be off the charts.

“The site was launched on the Gold Coast in 2009 and it is fitting that we will be celebrating our 10th anniversary in our home town.

“Melbas is such an iconic venue and has recently undergone a massive refurbishment.

“The Greenrooms are our way of bringing the industry and the fans together to celebrate our great sport.”

The night will also have support from Smirnoff and Lion Nathan.