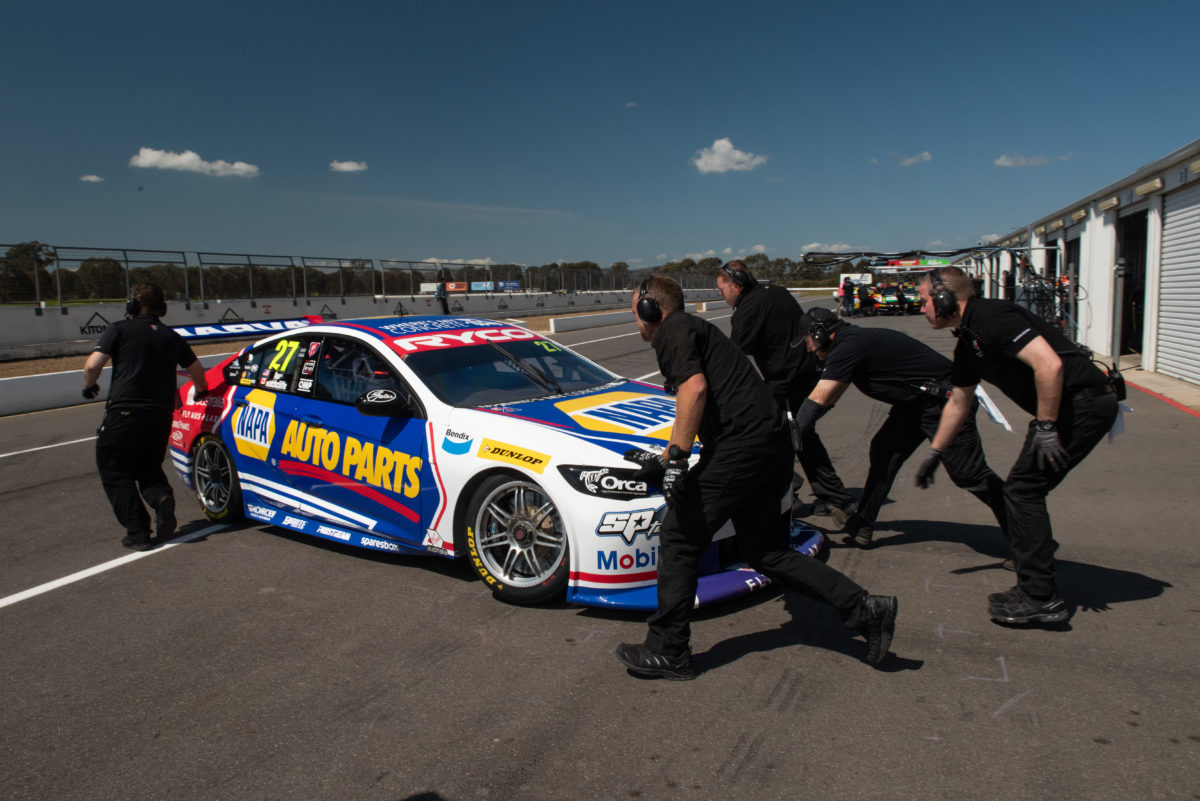 A pre-Bathurst 1000 test for Walkinshaw Andretti United wildcard duo Alexander Rossi and James Hinchcliffe has been cut a day short after the former crashed the #27 ZB Commodore.

Rossi made rear end contact with the wall on the exit of Turn 4 at Winton Motor Raceway, where the IndyCar stars were to have conducted a three-day test ahead of their first tilt at the Supercheap Auto Bathurst 1000.

Speedcafe.com understands that the 2016 Indianapolis 500 winner dropped a wheel off the road at entry to the corner.

The NAPA Auto Parts-backed entry has been sent back to WAU’s Clayton base in order to be put on a jig.

According to the team, the damage was ‘minor’ and the car will still make the Bathurst 1000, for which practice begins on Thursday next week.

“We’ve made the call to send the car back to our Clayton workshop to be checked over before it leaves for Bathurst,” said co-team principal Mathew Nilsson.

“It’s better to get it back there tonight and looked at before we pack at the end of the week.

“The damaged parts are all replaceable, there was no major structural damage, and it won’t have an impact on next week at Bathurst.

“While we planned to have a third day testing, this is motorsport and these things happen.

“Both drivers and everyone involved took a lot out of two really solid days of running. They adapted to the car extremely well, and they will be ready for Mount Panorama next week.”

Rossi had the bulk of the running on Tuesday, the first day of the test, while Hinchcliffe was to have spent the most time in the car today.