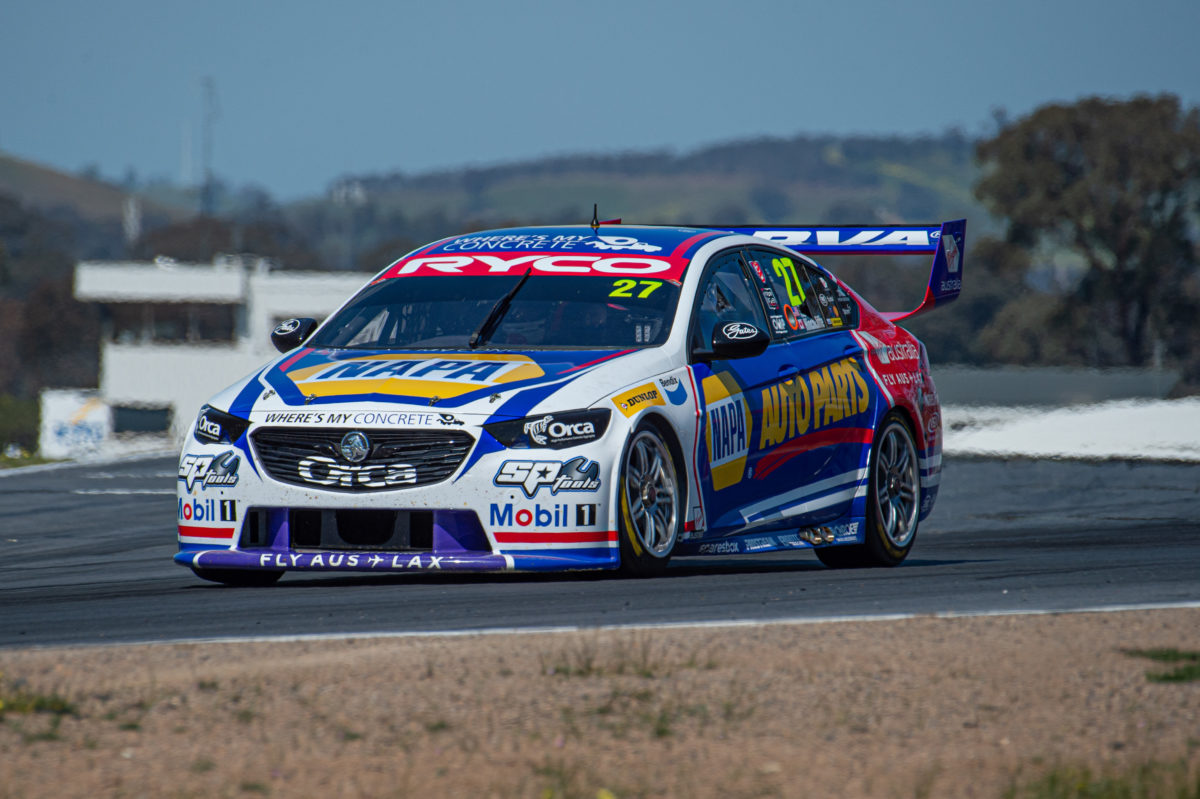 Walkinshaw Andretti United’s wildcard entry of James Hinchcliffe and Alexander Rossi is a dark horse heading into next weekend’s Supercheap Auto Bathurst 1000 according to Chaz Mostert.

Rossi gained his first experience at the wheel of a Supercar at Winton yesterday, spending the bulk of the day’s running familiarising himself with the new machinery.

The 2016 Indianapolis 500 race winner admitted he came to grips with the unique requirements of driving a Supercar more readily than he’d anticipated in what amounted to his first laps in a touring car.

For Hinchcliffe it was an opportunity to acquaint himself with the latest generation of Supercar after an outing at the Gold Coast with GRM in 2012.

Watching from pit lane, Mostert suggested the duo will be factors in next weekend’s race based on how quickly they got up to speed at Winton.

“I didn’t really get to stand on the fence to watch today (Tuesday), but I was there in the garage a couple of times and I saw them whizzing around and braking where you want to be braking and not looking like they were having any problems,” Mostert told Speedcafe.com.

“You can’t really count those guys out. They’re going to be in the mix, there’s no doubt about it.

“They’ve got a couple more days there at Winton to learn that car. I mean, today they looked quite solid out there.”

While the Walkinshaw Andretti United duo made their mark on Mostert’s radar, they weren’t the only ones with the 2014 race winner suggesting this year’s event is wide open.

“You can’t count anyone out; the experience these international guys are bringing there, they’ve been in high pressure situations their whole career.

“They could definitely be the dark horse, the upset there, for sure.

“I think anyone, to be honest, can really win it,” the Supercheap Auto-backed driver continued.

“I’d love to go there and win the thing again, that’s all I’ve been thinking about over probably over the last three months is more the preparation towards Bathurst.

“The championship this year is pretty hard, and pretty far away but winning this one race can overshadow the whole year.

“For me, I’ll be putting my best foot forward and seeing if we’ve got good enough goods.”

The 27-year-old was also quick to point out he’s not the only contender from the Tickford stable,

“(We’re) Pretty lucky too at Tickford, we’ve got some other strong combinations.

“I’ve going to throw the hot Mozzie tip out there; Lee ‘Holdsy’ Holdsworth is the man to be watching out for up there too!

“He’s got his head around this Tickford Mustang at the moment,” he added.

“I tell you what, I even learned a couple of things from him the last round or so.

“I’m pretty lucky to have a team-mate like him and can’t wait to get up there and bounce off each other and hopefully one of us can win it.”

Mostert will head to Mount Panorama supported by James Moffat, with track action set to begin on Thursday, October 10.